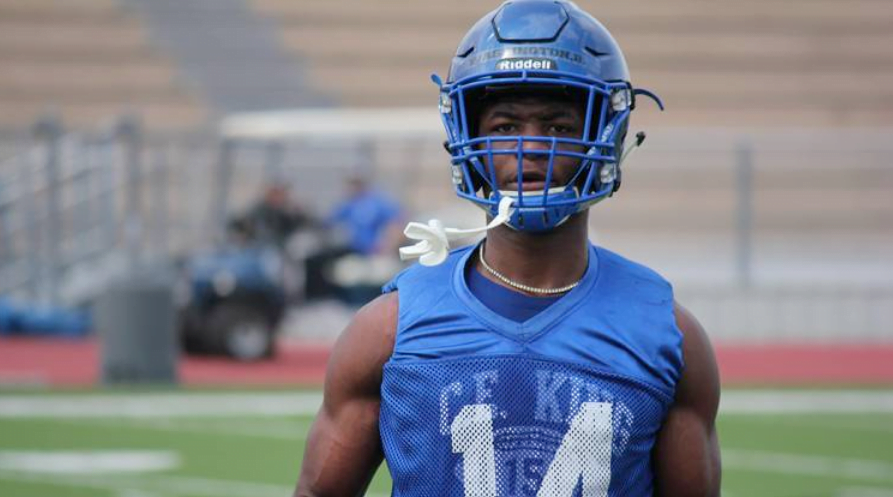 The dead period in college football recruiting prohibits coaches from making face-to-face contact with prospective student-athletes or their parents and from paying them visits to watch them compete at their school or abroad.

In other words: it’s #VacationSZN for most Division I coaches looking to steal away family time before the start of the 2019 season.

For the most part, the dead period, fittingly, represents one of the most non-alive portions of the entire college football recruiting calendar. There’s no poaching to be done by coaches who can’t contact players, and there’s no drama when drama can’t be started. Thus, this week’s Big 12 recruiting update is abbreviated. First, let’s take an updated look at the recruiting rankings on a per-player average.

OSU stayed the same in the per-player average overall rankings within the conference at No. 4 this week, and the pecking order of UT-OU-TCU-OSU did not change. In the total points ranking — which factors in total number of commitments and can sometimes heavily skew the result to favor #quantity over #quality in some cases — OSU fell this week from No. 4 to No. 5. Taking its spot is Iowa State, which landed commitments from two players this week.

Four-star Class of 2020 cornerback Dontae Manning committed to OU in April over OSU, Oregon, Nebraska, Michigan and others. He decommitted two days after Independence Day, and since, there has been a flurry of buzz around Texas A&M as a potential landing spot.

Maybe related to Dontae Manning, maybe not: Bryson Washington, a safety rated as a top-200 prospect in 2020, committed to OU two days before Manning’s decommit. He chose OU over Florida, Nebraska and two dozen other offers.

Iowa State’s continued move up the rankings culminated this week with two prospects choosing the Cyclones. The first, Miyan Williams, a running back from Cincinnati, pledged over Kansas, Kentucky, Cincinnati — a dozen schools in total. The second, Jordyn Morgan, from San Antonio, committed over 17 other offers. ISU now has 15 commitments in its 2020 class.