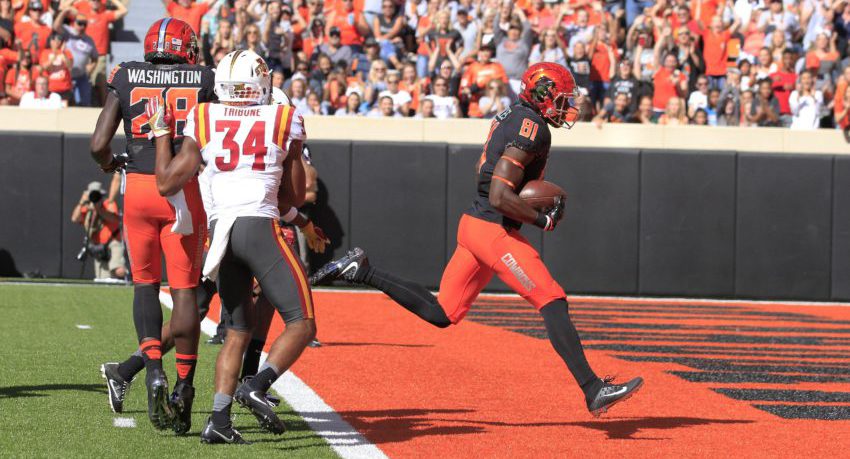 Recently we looked at how effective Oklahoma State has been on red-zone trips this year. I am using a stat I call PPR or “points per red-zone attempt”.

The stat basically shows how good a team is at getting touchdowns (six points) instead of settling for field goals (three points) once they get into the red-zone.

I thought it would be helpful to go a little more in-depth on the stat and in the spirit of context, compare the Cowboys to the rest of the Big 12. Here I compared this year’s Cowboys to previous OSU teams.

Here are the current PPR rankings for the Big 12. Iowa State is higher than I would have thought and Baylor and West Virginia are lower. Of course this is only part of the equation. We need to look at how many times each team gets to the red zone in order to use that effectiveness.

Here are the red-zone attempts per game. So, while Iowa State is third in red-zone points per attempt, they make it to the red zone less than three times per game, better than only Kansas. Baylor hasn’t been the most efficient as far as touchdowns to field goals inside the 20-yard line, but they get there over five times per game, meaning more points.

The Cowboys went a perfect three-for-three in the red zone last week against Kansas State and didn’t attempt a single field goal. They’ll need to continue that uptick in efficiency if they want to keep up with the remaining three offenses on their schedule.

Check out my look at PPR numbers as they pertain to a grading Big 12 defenses.