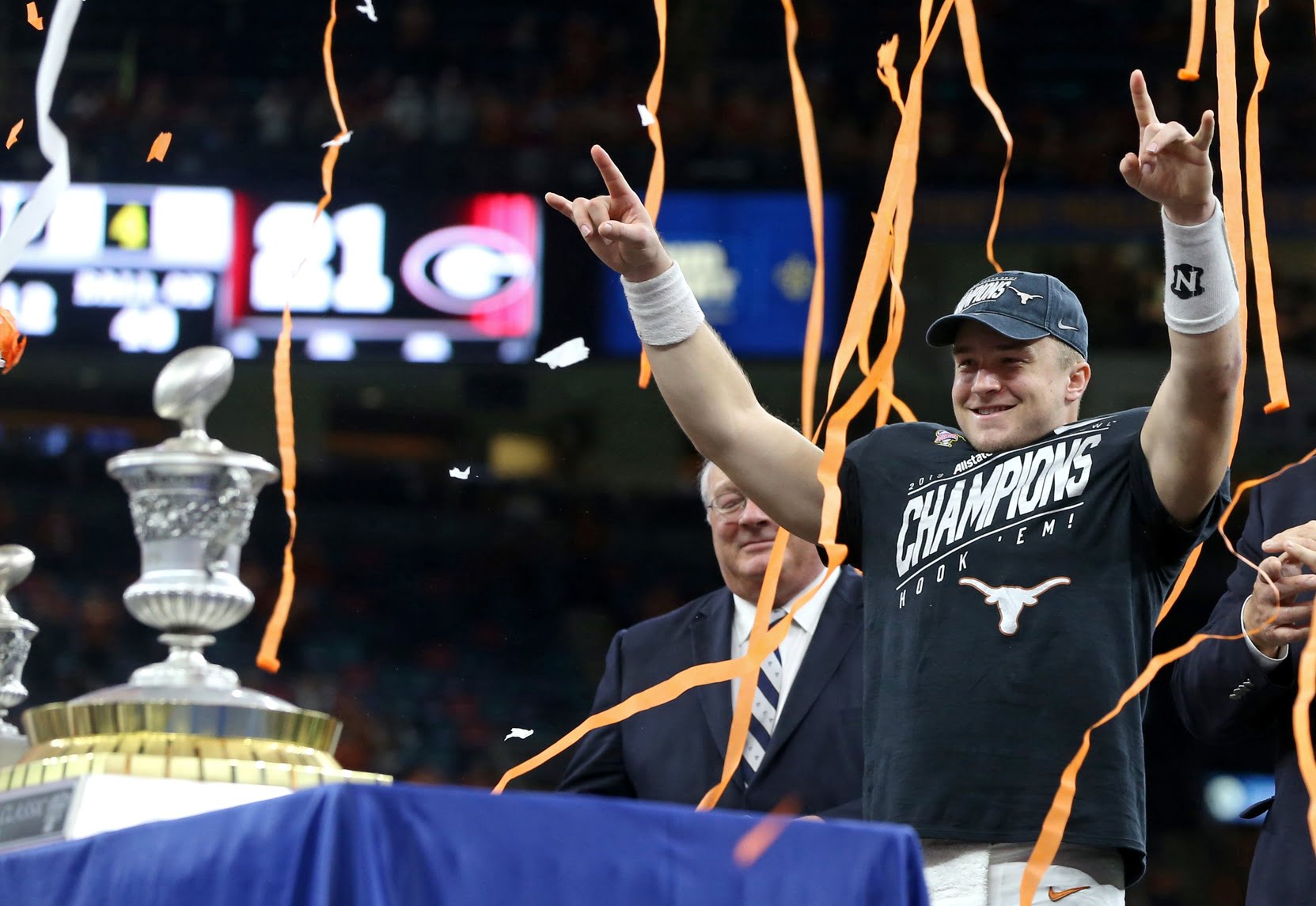 It took some doing, as Oklahoma State and Texas had to upset SEC teams at the end, but the Big 12 finished above .500. Here are some quick rundowns of the conference’s seven games.

What a clown fiesta this was.

The 2018 Cheez-It Bowl saw zero passing touchdowns, but NINE TOTAL INTERCEPTIONS. The game went to overtime, where I imagine the players wondered if they would ever escape grandmaster Cheez-It’s grasp, but finally all in attendance got put out of their misery when Jonathan Song hit a 27-yard field goal.

The first half of the Cheez-It Bowl belongs in a museum pic.twitter.com/7IjtI5xDcJ

Four players threw passes, and the game’s highest QBR belonged to Cal quarterback Chase Garbers at 11.1. His final line was 12-for-19 for 93 yards at three picks. TCU quarterback Grayson Muehlstein, who beat Oklahoma State, finished the game 7-for-20 with 27 yards and four picks, and he won. Woah.

This is more like it for you Big 12 purists.

Baylor quarterback Charlie Brewer threw for 384 yards and ran for another 109 to go with three total TDs, as the Bears started the Big 12 2-0 in bowl season.

Vanderbilt running back Ke’Shawn Vaughn had a ridiculous 243 yards on only 13 carries, that’s 18.7 yards per. His 243 yards were a school and Texas Bowl record.

With about four minutes left, the Cyclones scored and went for a 2-point conversion, but were stopped.

Brock Purdy’s freshman season ended with performance that saw him throw for 315 yards, no touchdowns and two interceptions, but he did run for two scores. It was also another big night for Hakeem Butler. Butler finished with nine catches and 192 yards.

Hakeem Butler got UP for this one ? #SCtop10 pic.twitter.com/MePyaC4oIt

On the surface, this looks like a pretty gross loss for the Big 12, but the Mountaineers were without quarterback Will Grier, who chose to skip the bowl game in preparation for the NFL Draft.

You’ve probably seen all you need to know about this game, but if you haven’t:

Alabama led 21-0 after the first quarter, but the Sooners eventually figured out how to move the ball to not get beaten 84-0. Heisman winner Kyler Murray had 417 yards and three touchdowns to Tua Tagovailoa’s 327 yards and four TDs.

Bama running back Josh Jacobs became a bit of a household name during the game. Jacobs, who went to high school in Tulsa, had 98 rushing yards to go with his 60 receiving yards, many of which came on this play:

Josh Jacobs would not be denied. pic.twitter.com/EVvYty3kOT

If you made it to this site, you probably don’t need this post to know what happened in this game.

However, an amalgamation of the Cowboys’ season got rolled into this game. It started competitive, OSU looked as if it was going to run away with it, then it got scary close all of a sudden after two Taylor Cornelius picks.

Cornelius’ final game saw him throw for 336 yards and four touchdowns to go with those two interceptions. The Drew Lock-led Tigers looked as if they were on a walk-off drive until freshman safety Kolby Peel stopped Lock on fourth-and-one.

While Georgia players took to Twitter complaining about not being in the College Football Playoff, the Bulldogs weren’t as attentive to the Longhorns as Uga was to Bevo.

Texas led 20-7 at the the start of the fourth before Georgia was able to make things interesting. Texas QB Sam Ehlinger scored all three of the Longhorns’ touchdowns on the ground then ripped a line that saw all of this great country collectively roll their eyes.