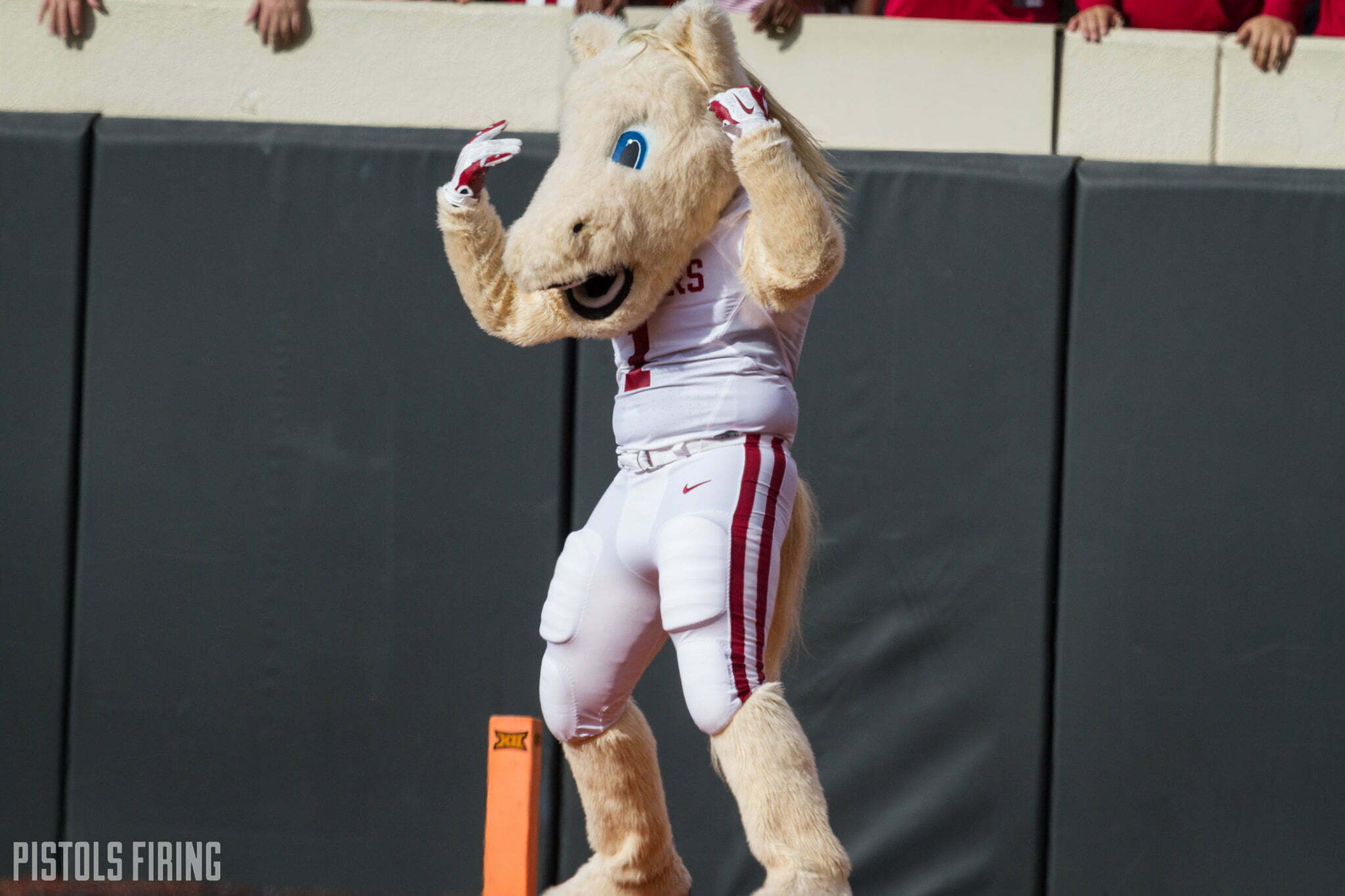 The Big 12 had only three games this weekend, but what the conference lacked in quantity, it made up for in quality.

The headliner was obviously Oklahoma vs. Texas, but the Jett Duffey-led Red Raiders forced an unbeaten Baylor team to overtime. We’ll start our trip around the conference with a look at the updated standings.

In some conferences 61 total points makes for a shootout, but this Red River Rivalry game felt more like a defensive struggle.

Sam Ehlinger was sacked nine times at the Cotton Bowl on Saturday. The Sooners led 10-3 at halftime before things finally started to open up.

CeeDee Lamb was unstoppable, catching 10 passes for 171 yards and three touchdowns. I’m not sure which of these two TDs is more impressive after the catch:

This flea-flicker was one of them 🔥

Jalen Hurts had the three passing touchdowns to Lamb. He ran for another score and had 366 total yards.

Ehlinger was 26-for-38 with 210 passing yards. He scored two rushing touchdowns despite having -9 rushing yards thanks to all the sacks.

The Sooners will host West Virginia next weekend, and Texas hosts Kansas.

Jett Duffey nearly did it again, but the Bears escaped after two overtimes.

The teams exchanged touchdowns in the first overtime, but Tech had to settle for a field goal to start the second. That set up a 5-yard JaMycal Hasty game-winner. Needless to say, the Bears were relieved to remain unbeaten.

It was a bit of a backward game for Baylor quarterback Charlie Brewer. Brewer threw for 352 yards, no touchdowns and three interceptions. However, he did score three times on the ground.

Duffey threw for 362 yards, a touchdown and two interceptions.

Much like with the Cowboys, the Cyclones are six games into the season, and I have no idea how good they are.

West Virginia starting quarterback Austin Kendall, who has struggled this season, exited in the Mountaineers first series with an injury and didn’t return. Jack Allison stepped in and went 18-for-24 for 140 yards, a touchdown and an interception.

After having seven total carries across ISU’s past three games, freshman running back Breece Hall dominated the Mountaineers. Hall had 26 carries for 132 yards and three touchdowns. He hadn’t scored a touchdown this season before Saturday.

Brock Purdy was responsible for the Cyclones other two touchdowns. He threw for one and ran for the other.

Iowa State goes on the road to play Texas Tech next weekend, and the Mountaineers go to Norman to play the Sooners.