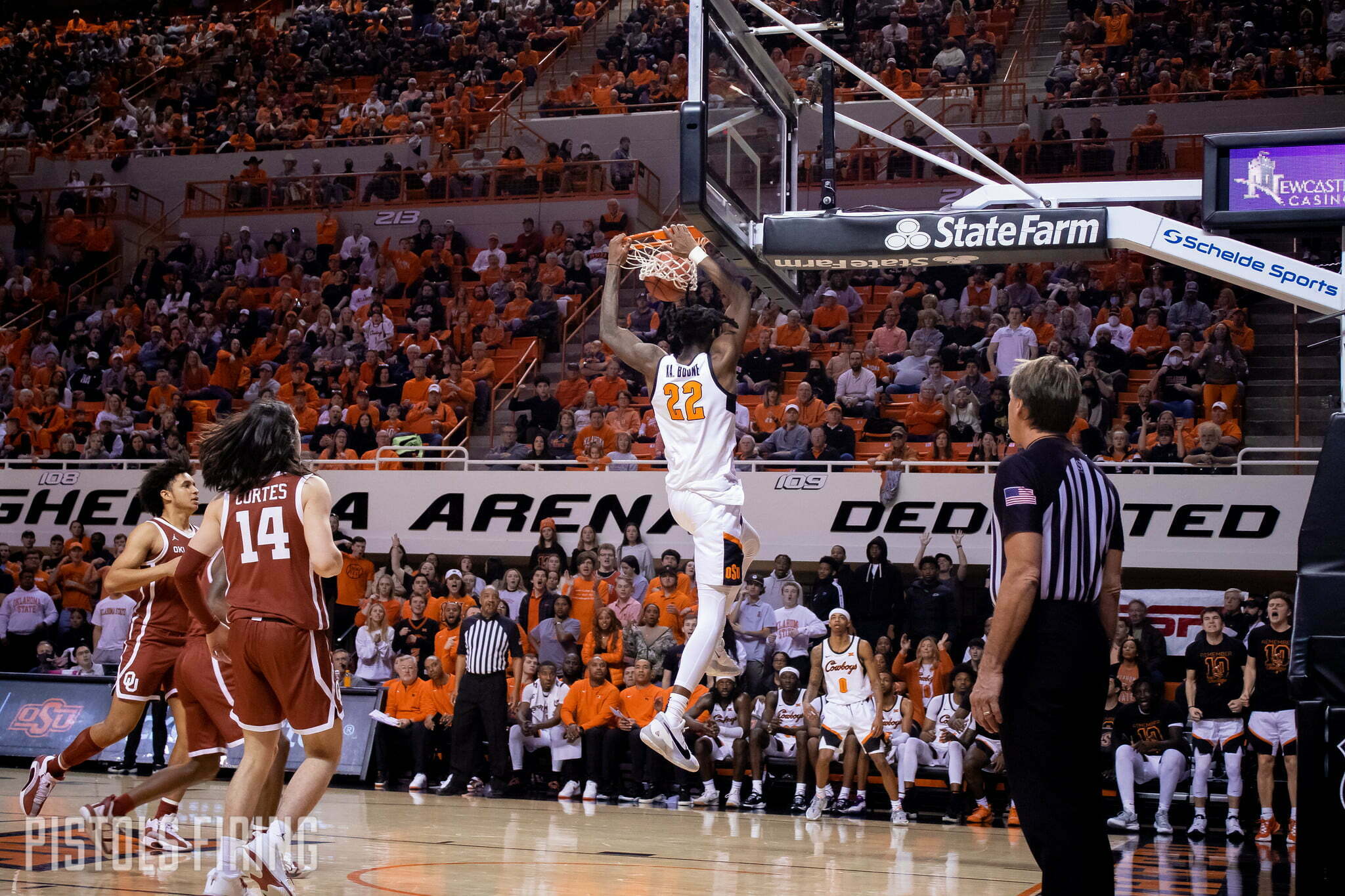 STILLWATER — Kalib Boone is as big as he has ever been, but he could play more at a smaller position this season.

Oklahoma State coach Mike Boynton said Tuesday that Boone is up to 215 pounds, crediting strength coach Mark Mitchell for the transformation. Boynton also said the Cowboys are working to get Boone and reigning Big 12 Defensive Player of the Year Moussa Cisse on the floor at the same time more this season, meaning instead of playing center like he has for most of his career to this point, Boone would be at power forward.

“He’s actually got some natural shooting touch, a natural shooting touch there,” Boynton said. “Sometimes the ball-handling escapes him. So we try not to put him into many positions where he has to make plays with the ball on the floor on the perimeter, but he’s really good in screens. He’s actually a better rebounder offensively from there. He’s not battling with as many bodies and so that’s been a positive kind of — I don’t know if surprise. We kind of knew it was possible, but just seeing him embrace that has been really good. And the other thing is, him and Moussa learning how to pass to one another, which is a little bit different for him because they didn’t play that much together last year.”

Among Cisse, Boone and Tyreek Smith, Boynton said this was the first time in a long time he didn’t go into an offseason looking for size. With those three, the Cowboys could use some big lineups this season.

Power forward is a spot Boone’s twin brother played some throughout his Cowboy career before Keylan transferred to Pacific this offseason. Kalib said it’s the first time the twins have gone months without playing basketball together. It sounds as if Kalib is going to be fine without Keylan, saying one of the biggest concerns he has is whether the back of his jersey will still read “Ka. Boone” or whether it’ll just be “Boone.”

The big part of this move would put Kalib on the perimeter more, a place he hasn’t spent much time at before. He has proved to have a decent jump shot for his size, but he has attempted only one 3 in his career to this point, a miss against Xavier last season.

“Coach B has been having me play [power forward],” Boone said. “It’s been fun learning that spot. My whole life, I’ve just been playing [center], so I never really got to run the perimeter. It’s fun. I mess up, I just start laughing because I’m just like, ‘This is new. This is fun.’ The only thing I got to learn is when I need to shoot the 3. Other than that, just keep it very simple.”