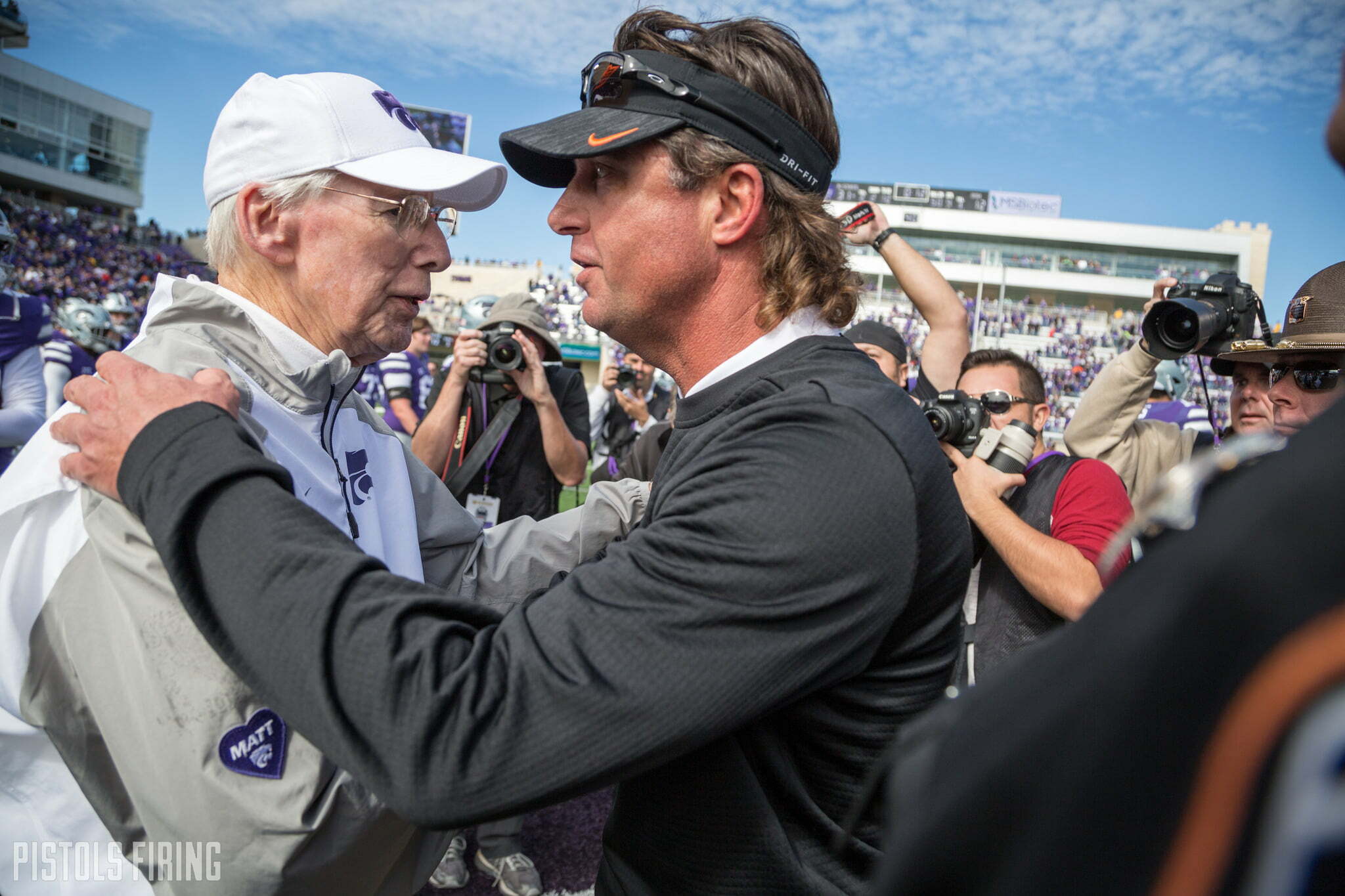 After various reports surfaced earlier Sunday, Kansas State head coach Bill Snyder made it official. He will retire from coaching at the age of 79 after 27 total seasons in Manhattan (over two stints). Kansas State was his only head coaching post.

Snyder retired in 2005, but was rehired in 2009 after his successor went 17-20 in three seasons and failed to make a bowl for consecutive years. Under his leadership, Kansas State has been the third-winningest program in Big 12 history.

Mike Gundy talked about Snyder’s legacy at Kansas State and his imprint on college football as a whole prior to the two teams’ matchup last season.

“I don’t think there’s any question that he’s been as big an impact at Kansas State as any coach that’s ever coached in college football, based on where they started and where he’s taken them to,” said Gundy.

“I think that even though he’s a Hall of Famer, which he deserves to be in the Hall of Fame, coaches can coach at certain schools and have an advantage. And then some coaches make their advantages with the commitment and what they put into that university and he’s a perfect illustration of that for what he’s done there.

“That’s an outsider looking in and I’m sure they would probably feel the same way, the administration there and the impact that he’s made on that university and that state over the period of time that he’s done it.

“Pretty huge, I would say.”