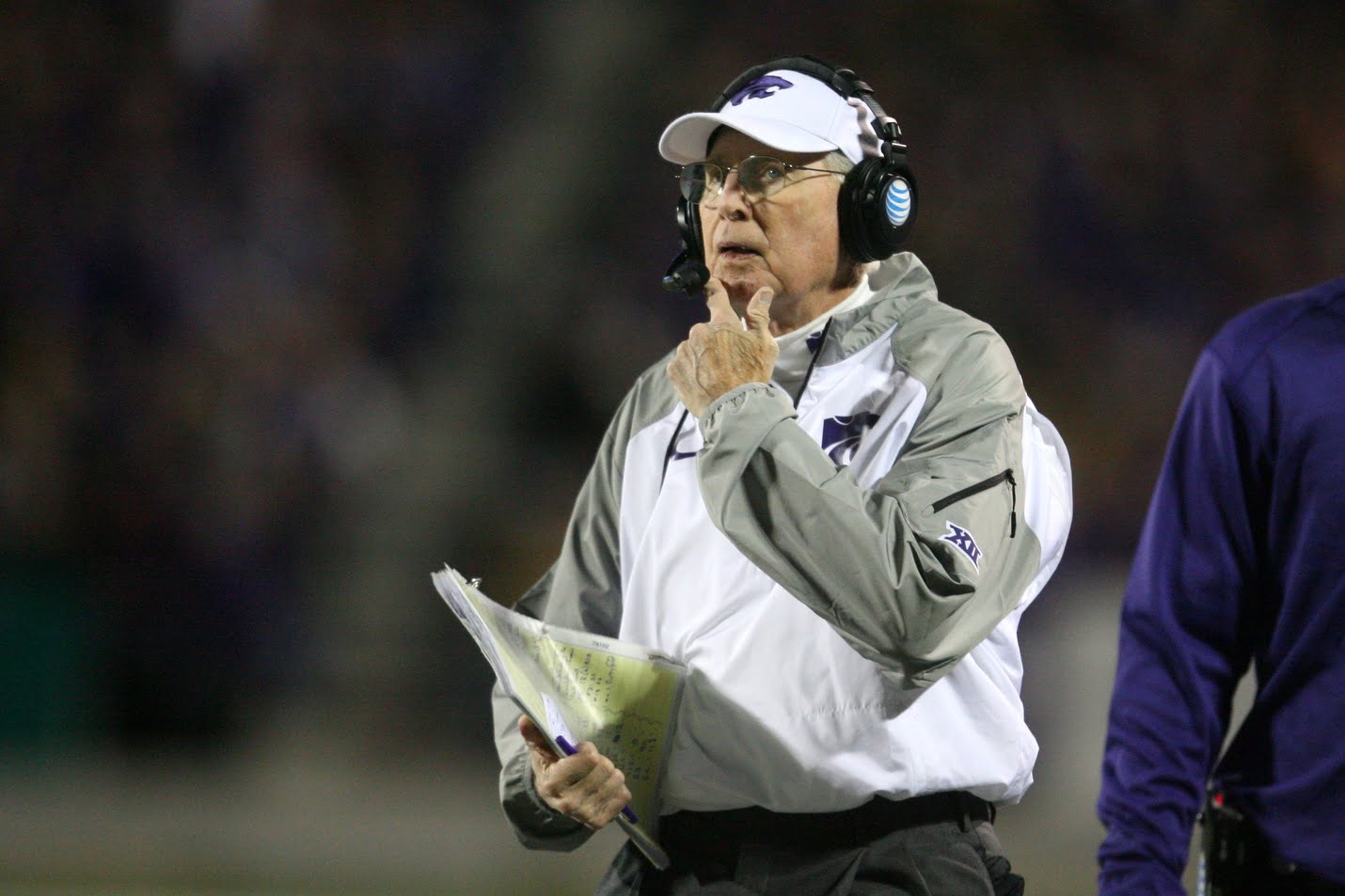 To an outsider looking in, Mike Gundy and Bill Snyder couldn’t be any less alike. One’s persona and off-the-field antics can detract from his building one of the best programs in college football over the last 10 years at a school that’s had fewer 10-win seasons than, well, 10.

The other wouldn’t know what a mullet was if you drew it for him and likely wouldn’t care. If Bill Snyder went snake hunting, we wouldn’t know about it.

But there are also several similarities between the two longest-tenured Big 12 coaches. Both have ushered in and enjoyed unheard of success at their respective schools in part by savvy recruiting and attracting players that fit into each’s established culture. Gundy said on Monday he sees similarities in the way the two schools recruit.

And both have done it without the luxury of a being a at blue-blood school or the advantages that provides.

“I don’t think there’s any question that he’s been as big an impact at Kansas State as any coach that’s ever coached in college football, based on where they started and where he’s taken them to,” said Gundy.

“I think that even though he’s a Hall of Famer, which he deserves to be in the Hall of Fame, coaches can coach at certain schools and have an advantage. And then some coaches make their advantages with the commitment and what they put into that university and he’s a perfect illustration of that for what he’s done there.

“That’s an outsider looking in and I’m sure they would probably feel the same way, the administration there and the impact that he’s made on that university and that state over the period of time that he’s done it.

“Pretty huge, I would say.”

The two head coaches have faced off seven times and Mike Gundy has come out on top in five of them. But the road team has won just twice.

Oklahoma State, a 17.5-point favorite on Saturday, is still playing for the off-chance that it could make the Big 12 title game. Kansas State is playing to become bowl eligible for the eighth-straight year. Both need to win on Saturday to keep each hope alive.

At 78, this may be the last time Snyder calmly strolls the sidelines, arms-crossed, bowl jacket on inside Boone Pickens Stadium. Last week, Gundy said, “If there’s a guy to copy, (Bill Snyder) is a good one,” said Gundy.

But Gundy, at 50 and in his 13th year, has no desire to emulate his 78-year old counterpart now in his 26th. When asked for the 78th time if he would be coaching at Snyder’s age, Gundy briskly shook his head, “No.”

If this is the Purple Wizard’s last trip to Stillwater, let’s hope he does’t conjure up too much magic.