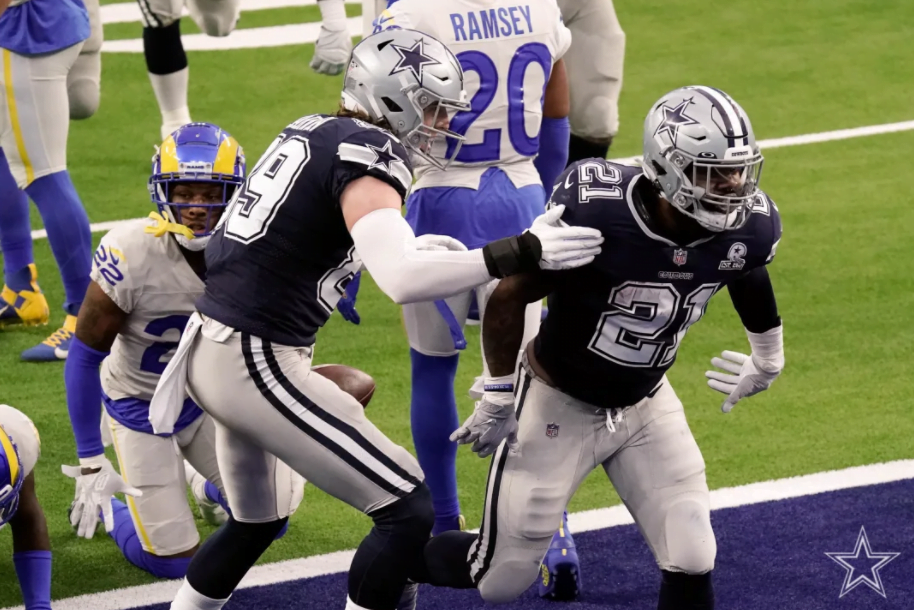 It wasn’t the season opener either former Cowboy would have planned.

On Sunday, both Blake Jarwin and Lane Taylor went down with knee injuries that would spell the end their short-lived 2020 seasons.

Jarwin went down with a non-contact injury during the first half of Dallas’ 30-23 loss to the Los Angeles Rams. An MRI Monday morning confirmed the bad news.

#Cowboys TE Blake Jarwin suffered a clean ACL tear, the MRI confirmed. No other issues. He’ll have surgery and make a full recovery for 2021. The timing of his 3-year, $24.25M extension was fortuitous for Jarwin.

Lane Taylor also suffered an injury to his right knee during his Packers’ 43-34 win over the Vikings.

While Jarwin was able to hobble to the sideline, his fellow former Cowboy had to be carted off of the field. An MRI on Monday confirmed a similar sad story.

Both Jarwin and Taylor were set up for big years. Taylor had worked his way back from a season-ending bicep injury last September. He took a pay cut entering what would be a contract year before earning back his starting right guard spot during camp.

Taylor will enter 2021 as an unrestricted free agent. Jarwin, on the other hand, signed a four-year, $22-million contract this offseason.