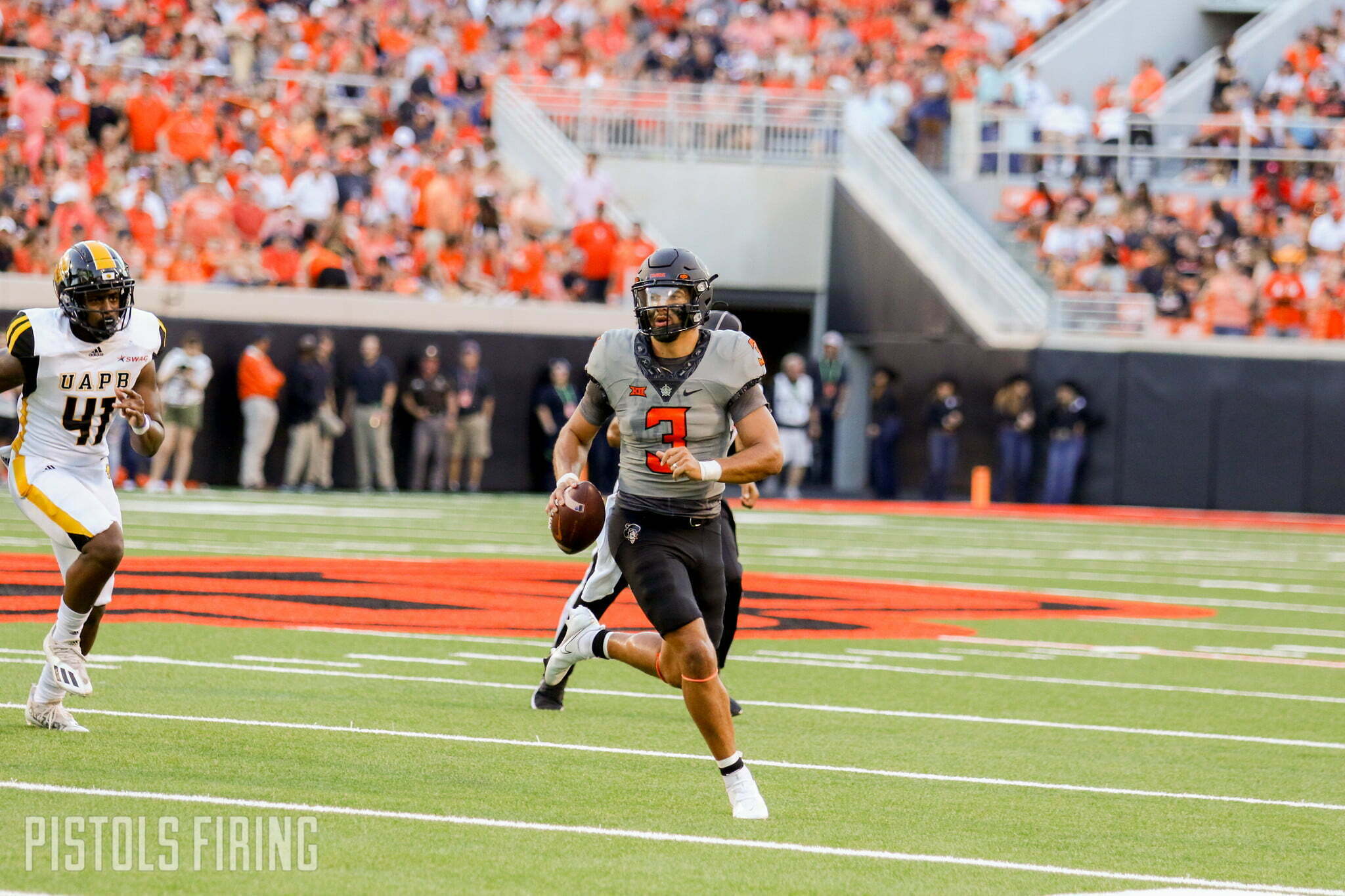 Which quarterback would you say has the better statistical profile through three games this season? Let’s do a little blind resume test to shake out some inherent bias some folks might be carrying.

QB1 plays for a blueblood program; QB2 plays for a perennial top-15 program. Both their respective teams are 3-0. Both their teams are ranked inside the top 10 of the polls. First up, let’s have a look at QB1.

Now let’s do a side-by-side with some additional context — attempts, yards per attempt, efficiency, etc.

Prettay, prettay close, no? QB1 is completing a better percentage of his throws and making more attempts (slightly) deeper down the field. QB2 is smashing with an element of the running game, averaged more than 30 yards per game and one rushing score per game.

QB1 is Ohio State quarterback C.J. Stroud. He is the betting favorite to win the Heisman Trophy at +260. QB2 is Spencer Sanders. He is barely top 10 in Heisman odds among all quarterbacks in college football, with odds to win at currently +7000.

Stroud, I’d concede, is statistically having a better season thus far. He doesn’t run the way Sanders does — which I think is probably the most valuable element Sanders brings to OSU — but he’s been efficient throwing it downfield and mistake-free. Doing this despite missing likely future first-round receiver Jaxon Smith-Njigba, who has been injured, is beyond impressive.

This isn’t to knock Stroud and what he has accomplished.

It’s to highlight just how silly it is that Sanders is largely being written off despite eye-popping numbers for a top-10 team. Most of the time if an OSU star is getting overlooked in the Heisman race, it’s because the OSU team isn’t relevant; that’s not the case at all.

Here’s another few examples while I’m rolling. QB1 is Caleb Williams, the USC quarterback who is second on the Heisman board in Vegas. QB2 is Bryce Young, who has the third-best Heisman odds. QB3 is Spencer Sanders.

Bryce Young’s inclusion as a top-five Heisman contender feels particularly egregious here when you break down what he has done in comparison with Sanders. But again: the silly part is that Sanders is so clearly in a different tier far below some of the contenders. Not a knock on Young or Williams but a knock on perception that Sanders isn’t higher up betting boards.

Sanders of course will have a chance to prove himself and that he belongs among the contenders on bigger stages soon. After dominating Central Michigan, Arizona State and Arkansas-Pine Bluff, he now gets Baylor in two weeks to kick off league play. If he can continue his hilariously good start, in no time at all he should be considered one of the best players not just in the Big 12 but in all of college football.