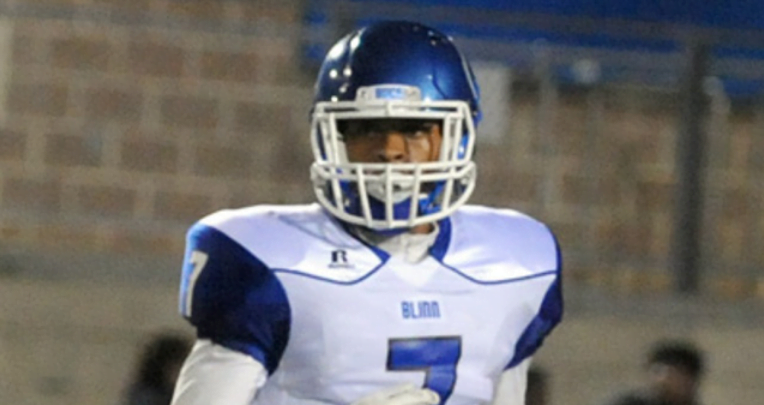 The Cowboys are hot on the trail for junior college safety Corrion Ballard. A 6-foot-3, 200-pound prospect from Blinn College, Ballard announced his top five schools that included OSU along with Utah, Nebraska, and Texas Tech.

With the 2017 recruiting class, Oklahoma State can’t afford to miss in recruiting the safety position. They will aim to replace Jordan Sterns and Derrick Moncrief, and will likely rely on younger players who have played sparingly to step up next season. The offer to Ballard makes a lot of sense that would fit OSU’s needs: He has experience, he’s been playing at a higher level than a high school player for one of the top junior colleges, and he could potentially contribute immediately. The coaching staff also made an in-home visit with him earlier today.

OSU already has several commitments at safety, with Kris McCune, Tre Sterling, and most recently with Malcolm Rodriguez. Ballard, if he does elect to pick OSU, would be the most experienced of the group — and the only junior college in that mix to compete at safety in the 2017 class.