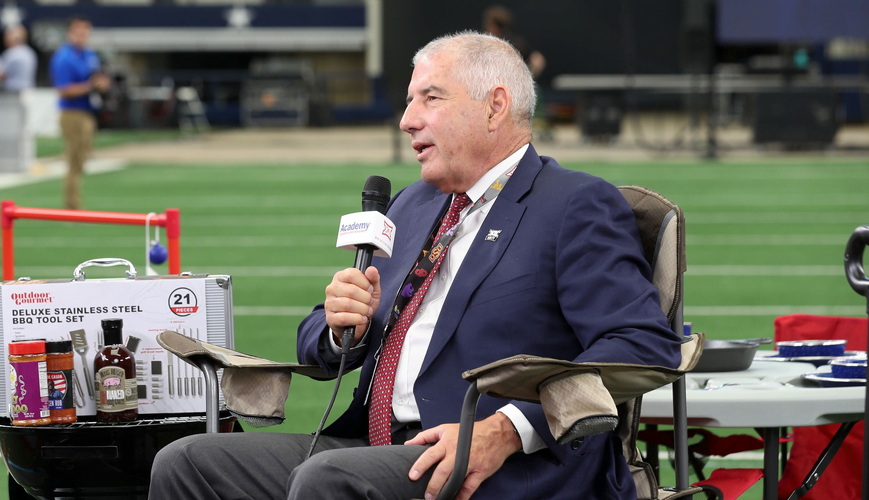 Big 12 commissioner Bob Bowlsby responded on Wednesday to the formation of the three-league alliance between the Big Ten, Pac-12 and ACC, telling the Action Network in a statement that — at least for now — the “practical impacts of the arrangement are yet to be seen.”

“The Big 12 Conference has every expectation that we will continue to compete at the highest levels and will be intimately and actively involved in the national athletics agenda,” he added.

Bowlsby’s response comes after his league was left out of the alliance, leaving the Big 12 in a lurch with OU and Texas leaving for the SEC and the Big Ten, Pac-12 and ACC joining forces. What it means for the three leagues is to be determined and that applies to the Big 12, too, but common sense suggests that the Big 12 being the only power conference not making a move this summer is not a good thing.

The Athletic’s Max Olson reported Wednesday morning that, “Sources in the conference continue to believe there’s a road to long-term survival for the Big 12,” and while there are hurdles to clear in doing so, the calculus of the challenge has not substantially changed.

“It’s still a matter of getting all eight remaining members on the same page and arriving at the same conclusion about their future,” Olson reports. “Thanks to the three-conference alliance, it’s becoming more likely those eight Big 12 members are going to be stuck together for now.”