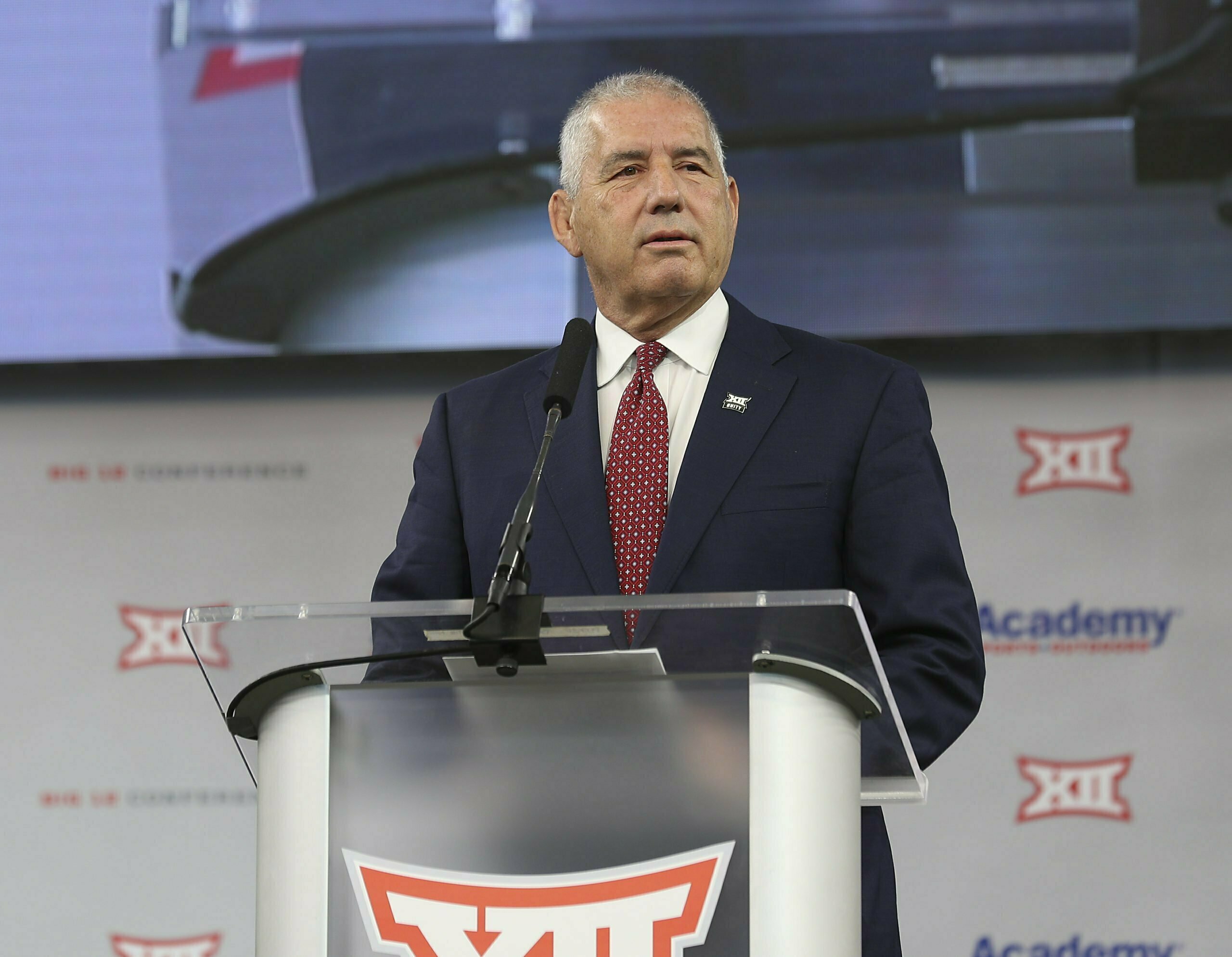 Bob Bowlsby, who’s stood at the helm of the Big 12 through what has been its most tumultuous decade, will step down as league commissioner later this year the conference announced on Tuesday.

“After more than 40 years of serving in leadership roles in intercollegiate athletics, including the last 10 with the Big 12, and given the major issues that college sports in general and the Big 12 specifically will address in the next several years, I have reached a natural transition point in my tenure as Commissioner, as well as in my career,” said Bowlsby according to a league release.

“The Big 12 will soon bring in our four new members and negotiate a new grant of rights and media rights agreements. I truly believe the Big 12 and our member institutions are in a strong position now and as we look into the future. As such, this is an appropriate time for me to step away from the Commissioner’s role so that the next leader of the Conference can take the reins on these significant matters that will come to the forefront before the end of the term of my employment agreement in 2025 to set the stage for the Big 12’s future ongoing success.”

Bowlsby’s tenure is bookmarked by conference realignment. He was brought into the role in 2012, two years after the conference lost Nebraska and Colorado, and directly after Texas A&M and Missouri left for the SEC. His appointment coincided with the additions of TCU and West Virginia.

He also was in the chair while Big 12 bell cows Oklahoma and Texas conspired to take their talents — and brand power — to the Southeast last summer. He even expressed pointed comments about the two schools, the SEC and ESPN over the deal. To his credit, Bowlsby also orchestrated the upcoming additions of BYU, Cincinnati, Houston and Central Florida which, essentially, saved the league from potentially being picked apart to feed the other four power conferences.

Prior to his time ahead the Big 12, Bowlsby spent six years as the athletic director at Stanford as well as stints as the AD at Iowa and Northern Iowa. He served as a member to the United States Olympic Committee from 2007-14 and is a member of the NCAA Presidential Task Force on Federal and State Legislative Issues. He also served on the NCAA Men’s Basketball Committee, serving as Chairman of the 2004 and 2005 Tournaments. He was appointed to the NCAA Division-I Council in 2015 and served as chair of the Football Oversight Committee.

Bowlsby will remain the league’s commissioner until the new one is hired. He will then transition to a new interim role with the conference, subject to the agreement of Bowlsby and the new Commissioner.