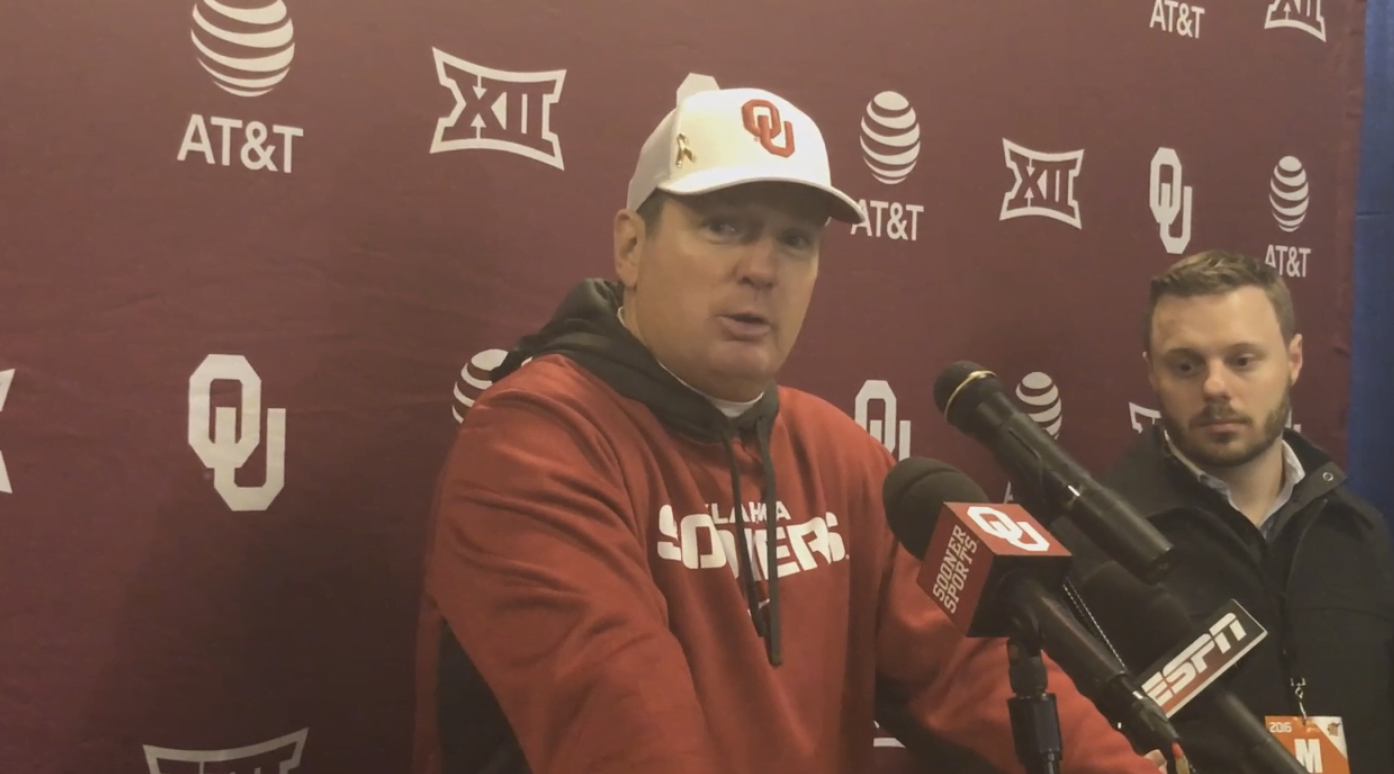 After Oklahoma State thumped TCU on Saturday in Ft. Worth, Mike Gundy once again visited that pesky loss to Central Michigan way back in September.

“Nobody will ever convince me we didn’t get the win,” said Gundy. “I know Kirby had mentioned the committee feels a certain way about that game, but I think Kirby is playing poker and they see us as a 10-win team. That’s just my opinion.”

What I didn’t expect is for Bob Stoops to agree with Gundy after OU crushed West Virginia in Morgantown on Saturday night.

“In my eyes they only have one loss, if you play by the rules,” said Stoops. “They review everything else out here. They review a first down. You couldn’t review if that play should have been allowed or not. I have one of those. I count myself with one extra victory. That one at Oregon that everyone counted as a loss. My record book is a little different than everybody else’s.”

Stoops is of course referencing the crazy Oregon-OU game from 2006 when Oregon recovered an onside kick it touched early and should not have gotten. The refs for that game were also suspended.

One loss, two losses or zero losses, it doesn’t matter when it comes to the Big 12 (although it might for the CFB Playoff!) because Bedlam, for the fourth time in six seasons will once again be for the Big 12 championship.