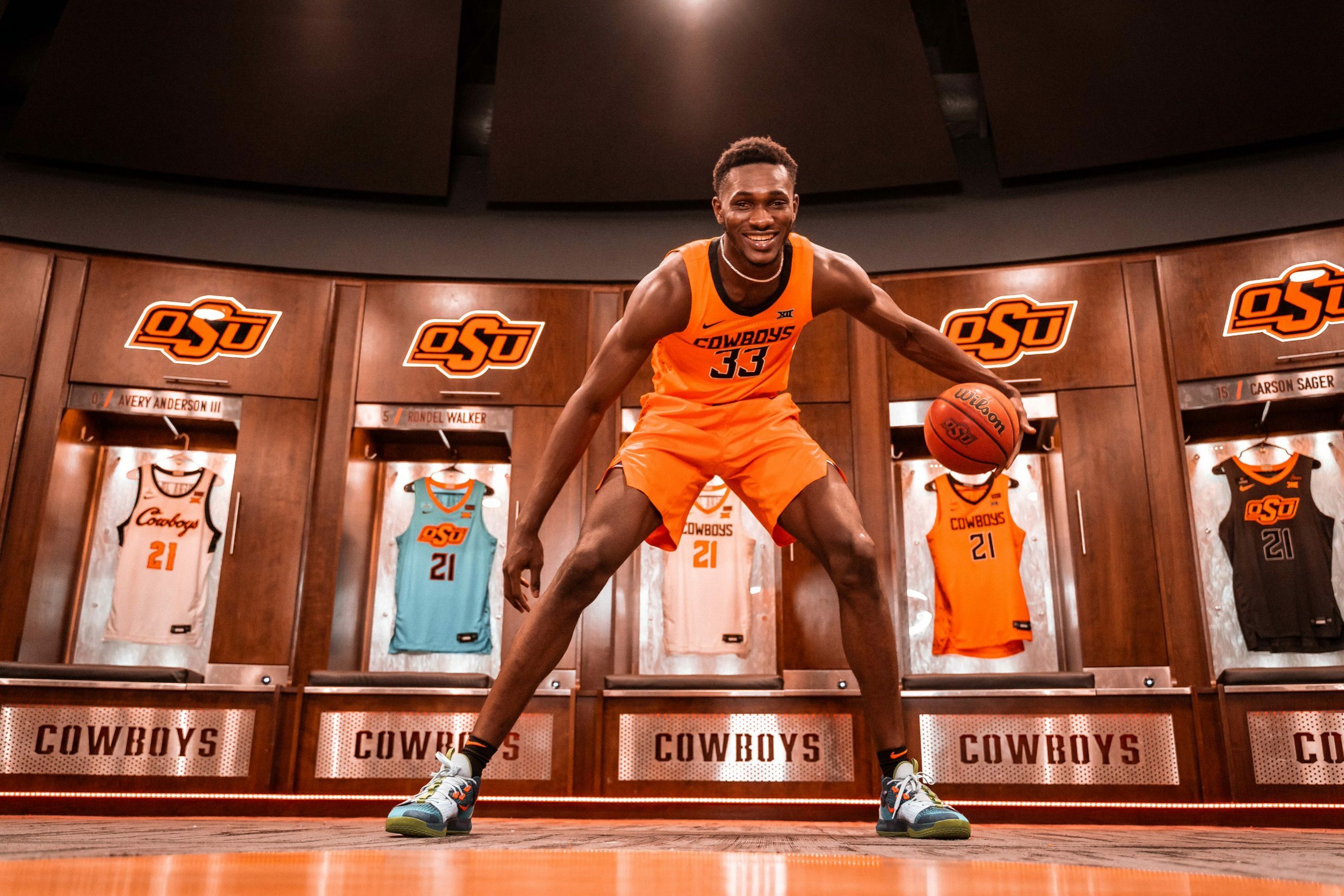 STILLWATER — The Cowboys enter 2021-22 as deep as they’ve been in the Mike Boynton era, particularly in the frontcourt.

Cisse, the Cowboys’ latest addition, brings a lot of hype to Stillwater with him. Measuring 6-foot-11 with a 7-foot-4.5 wing span, Cisse was the No. 10 prospect in the 2020 class, initially choosing Memphis over offers from Kentucky, Kansas, UCLA and others.

His game is still raw in some areas, but Cisse projected to be a first round NBA Draft pick coming out of high school. He also proved to be a defensive menace, leading the American Athletic Conference in blocks as a freshman with 46.

“It helps my game out a lot, man,” Boone said of Cisse at Thursday’s Eskimo Joes watch party. “I know Moussa led his conference last year in blocks, I led the conference in blocks, so you got two guys that can block shots. That helps us in the paint, so that helps our guards because when they want to try to come in the paint, they second guessing, so they go back out. That helps me out, so now I can expand my game, hopefully. But also, I got another big that can help me out. I got MA, I got Bern, I got Tyreek, I got Woody. So, we added some new pieces. That helps a lot.”

Boone has played center for most of his career as a Cowboy, but when he and Cisse share the floor this season, Boone will likely serve as the power forward.

Listed at 6-9, 210 pounds, Boone might project more as a power forward in the pro game, so having Cisse around allows for him to blossom into that.

“I would say it’s something I’m growing into a little bit,” Boone said. “In high school I was supposed to play the four at one point, but I never did. It’s a challenge, but I’m ready for that challenge. It’s a learning experience for me.”

It’s not often a team becomes deeper after losing the No. 1 NBA Draft pick, but with the additions the Cowboys made this offseason and the Pokes’ young core becoming a year wiser, that could be the case in Stillwater this season.

“[Cisse is] very athletic, I would say,” Avery Anderson said. “We had played a pick up game with him. He’s very athletic. He runs the floor very well. It’s gonna be exciting.”