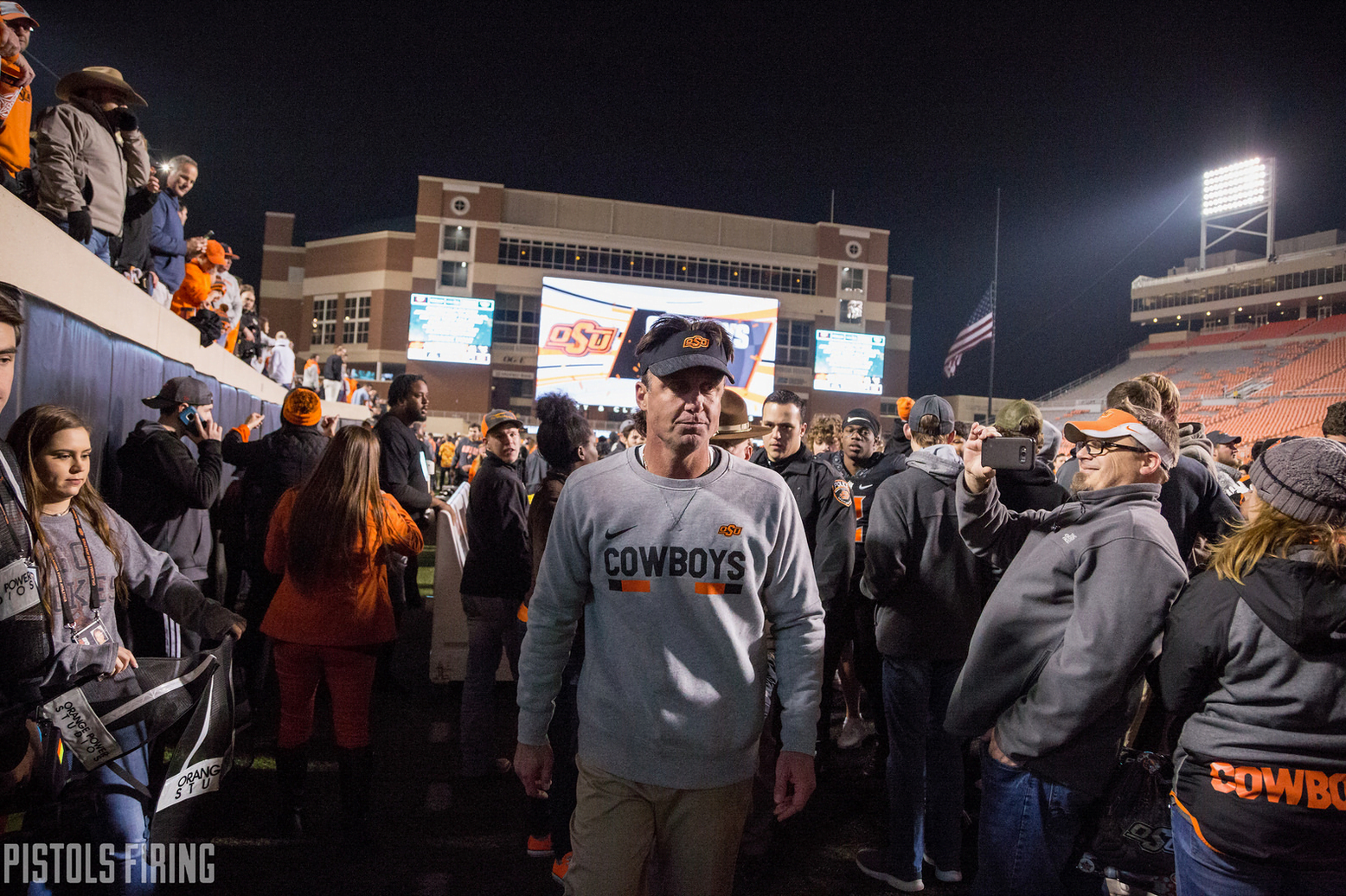 Littered about our website on this wonderful Thanksgiving you’ll find posts from our contributors about OSU-related things they’re thankful for. I, too, was going to join the chorus.

But I wanted to take a little different path (because of course.) Instead, I want to review five Gundy sayings — some famous, some infamous — I’m thankful for this holiday season. Why not?

This has become a staple of the PFB podcast intro — the legendary “Back at it!” Gundy says this on a near-weekly basis to kick off his Monday press conferences in a demeanor in which only Gundy does it. Uncle Rico would be proud of his country-style accent.

There are myriad snippets of Gundy’s now decade-old rant that have aged as gracefully as his flowing locks, but none better than the ageless, “Where are we at in society?” line. It will forever be relevant. It’s the OSU inside joke that, when said, you just get it. I chuckle every time. He (obviously) never says it anymore. A shame.

The Gundy one-liners are so great we made a Bingo card to cover them. But a recurring one that he says often, like at least bi-weekly, is his own spin on the word “accurate.” We spell it “ack-rut” to accentuate his twang, but it’s no exaggeration on how he says it.

I’m convinced OSU’s scouting reports on football recruits are checklist style, and consist of the following…

Then Gundy gets the report, immediately flips to the bottom, and uses it as a talking point for the rest of said prospect’s playing career. It’s hilariously predictable and surprisingly pleasurable how often he’s asked about Player X, and responds with X’s and O’s jargon then caps his analysis with a “loves his family.”

This is a Gundy-ism that he’s adopted from virtually every head coach, so I can’t give him full credit for using it. But as often as he uses it — basically every postgame — this saying has to make the list.

Reporter: “Mike, how would you evaluate Cornelius’ performance today?”

Gundy: “I’ll have to watch the tape, but I think he did fine.”

Reporter: “Mike, do you think Justice is a good running back?”

Gundy: “I’ll have to watch the tape, but I think he ran really hard, loves his family, physically he’s very mat-urr.”

I’m thankful for the endless well of recyclable quotes he donates on a weekly basis. Never change, Gundy!