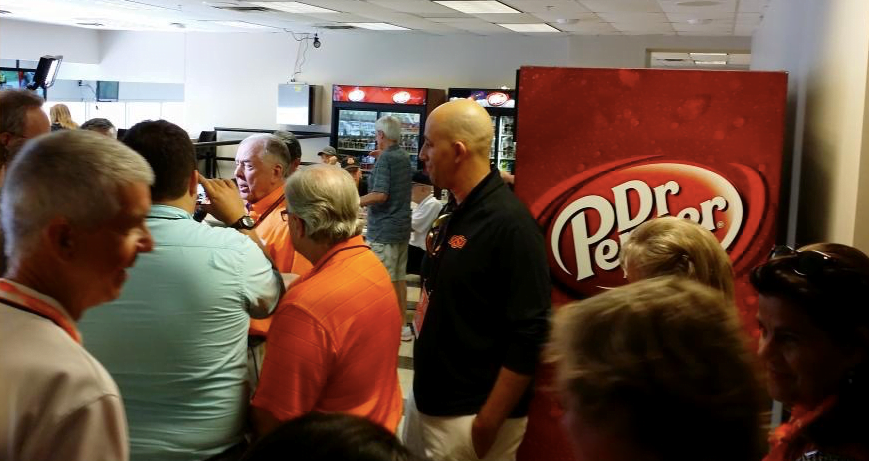 It got a little lost because Oklahoma State blew the doors off Southeastern Louisiana, but Boone Pickens kinda, sorta called out Mike Gundy on Saturday before the game.

“You remember what I said? I didn’t say we had to win. I said we had to be competitive,” Pickens told the Tulsa World. “We’ve sure been competitive with some of them, but we’re still struggling with OU. Les Miles beat OU, didn’t he? Two out of four? Yeah. That’s competitive.

“Damn sure is [the game I want],” he added to the Oklahoman. “It is. By gollee, we beat Texas. We’re the only team that has ever beaten Texas four in a row in Austin. If we can beat Texas, we sure ought to be able to beat OU.”

This was a theme this week for Boone. He talked about it with Lou Holtz in a different interview.

“I have to take my hat off to ol’ Les,” said Pickens. “He beat Oklahoma and we haven’t had anyone who could beat Oklahoma. Every once in awhile is kind of the way it goes. When I signed on there for the stadium, I said we are now going to be competitive. And we have been every place but one place — we’ve struggled with the Oklahoma Sooners.”

So that’s something. We are on the precipice of Mike Gundy winning 100 games and cementing his legend in Stillwater, and Boone is talking Bedlam. It’s interesting if nothing else.

“He’s going to be the first coach to win 100 games,” Mike Holder told the Oklahoman recently about Gundy. “That means a lot more than a contract.”

I don’t necessarily disagree with Pickens that you need to beat OU if you’re coaching OSU, but it seems like an odd time to bring it up. On the eve of one of the more-anticipated seasons in recent memory with one of the better teams Gundy has ever had as Les gets upset at Lambeau by a two-touchdown dog.

However the whole of Gundy’s tenure far outweighs that 2-9 blemish. Far, far outweighs it. Pickens knows that. Everybody knows that. Mike Gundy is pretty easily the best football coach OSU has ever had, Bedlam record or not.