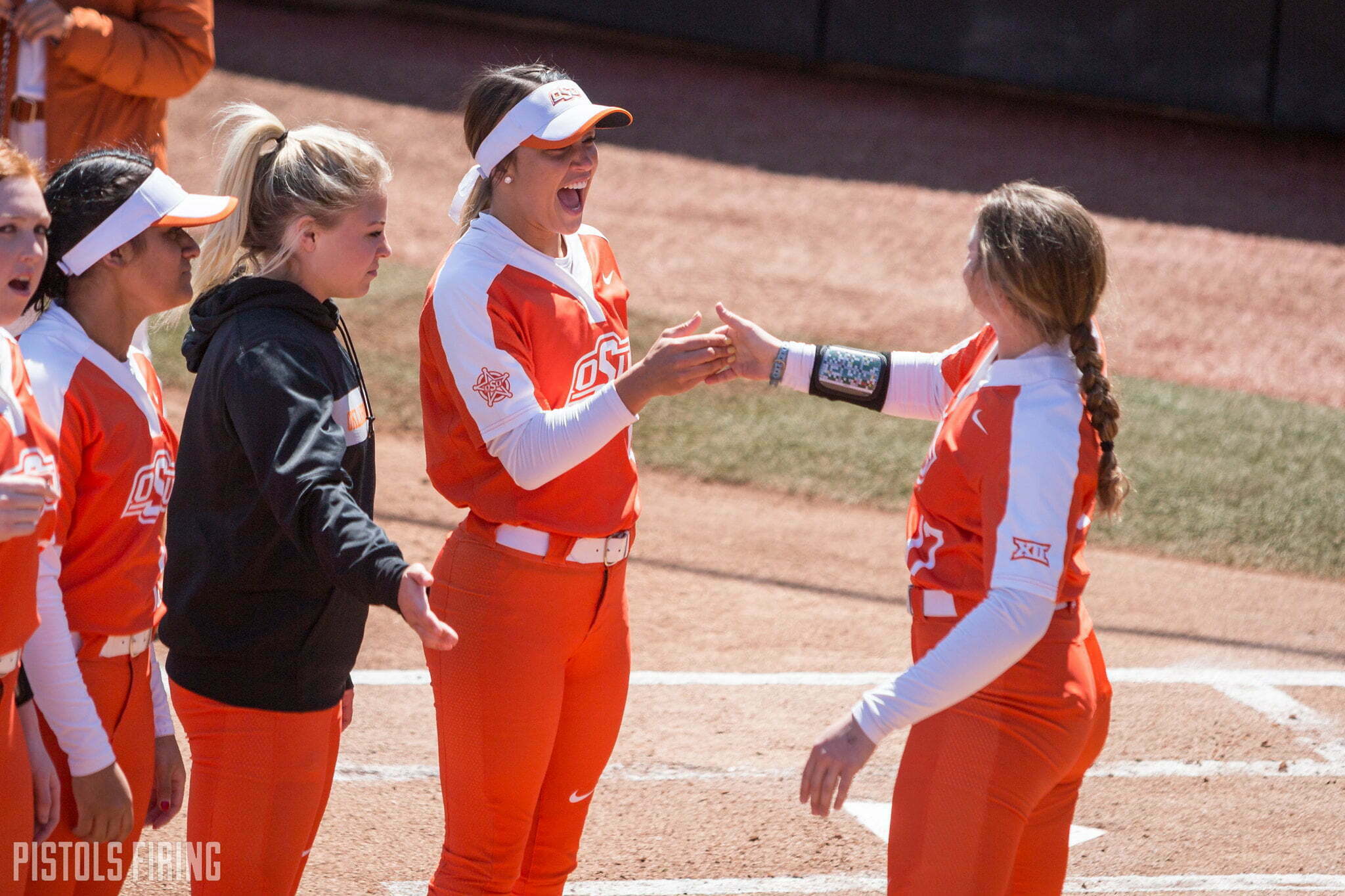 OSU softball coach Kenny Gajewski got walloped in the butt with a softball while standing on the third-base line on Saturday afternoon.

And by standing, I mean frantically trying to escape its path.

It was struck firmly enough by Rylee Bayless off the bat to, at the very least, raise some mild concern. Perhaps a, “You good, coach?” from FSU’s third basemen. Or even a pat on the back from one of his players — a word of encouragement to shake it off with a little booty shiver.

At most, it may have warranted a double check from the medics on site. Bayless smoked it down the line and left Gajewski with no room to wiggle out of its path.

Instead, bellowing from the dugout in unison, was a cry that has defined this team’s spirit and their postseason run that will continue this week at the Women’s College World Series.

Coach got hit with a foul ball and @CowgirlSB channeled their inner Ludacris ? pic.twitter.com/ukQkhObaty

Talk about showing no mercy!

This softball team is really, really good. They’re 44-15 overall; they’re Tallahassee Super Regional Champions, having dispatched of the reigning national title winners in impressive road fashion this past weekend; and now they’re headed to the Women’s College World Series for the first time in the program’s proud history since 2011.

But this softball team, for as good as they are, happen to be even more fun. It’s not just that the dugout can sing Ludacris in unison; any member of a fraternal organization at OSU can (probably) pull off such a feat. It’s that this team is having an enormous amount of fun while simultaneously kicking every team to the curb along the way. Take Raquel Dominguez, the team’s spirit dancing, video-bombing star, as an example. Dominguez has been a sensation all her own on the camera whilst in the dugout, and not necessarily because of her on-field production:

Or take Kenny Gajewski, the mastermind behind OSU softball’s rebuild. The University of Florida import who was hired away from the powerhouse Gators is as affable and self-deprecating as they come. His personality has allowed him to grow into a figure OSU can and has rallied behind in such a rare and unique way. While most college teams in this era consist of rambunctious coaches and tame, controlled roster members, OSU has a quite different dynamic. Instead, OSU has a mild-mannered coach with a rambunctious team, part of a culture Gajewski has fostered since he took the helm in the summer of 2015.

“He’s been a great leader,” Madi Sue Montgomery, the team’s hit leader, said Monday. “He leads us in every aspect on and off the field. He wants us to do well in school, he wants us to be out in the community helping. And then on the field, he’s been really cool. He lets us know we’re good and that we can do whatever we want to do as long as we just keep going.”

After a hot weekend in the Sunshine State, we just wanted to help @OSUcoachG cool off a bit… ??#RoadToWCWS | #okstate pic.twitter.com/nSi0V3FAPz

Through tears on Monday, Gajewski gave gratitude to Tim Walton, the Florida head coach and mentor who he’ll face this week in Oklahoma City. Mostly, though, he exuded pride in his team, the job his coaching staff has done, and the resiliency they’ve shown along the way to get as far as they have.

“This team has bought in,” Gajewski said. “They bought in last summer. Most schools across the country are at home, take the summer off, get their workouts in, but these kids through my years here have never left. It’s become the culture — the Cowgirl way. They stay here all summer long, they train, they workout. . . that’s when these type of teams come together.”

As if you needed another example of the compelling nature of this team — and by now, you certainly don’t, but I’m not done yet — here’s another:

Bat flips have become a Samantha Show staple, which has inadvertently caused a stir in the world of softball. Gajewski says it’s now been instilled as part of the Cowgirl brand.

“It is our brand,” he says. “These girls have created that. I like that. I like it. There’s some people who don’t, sorry. I get OSU fans who write in to me and say it is disrespectful. I get it. I’m not here to fight it. I’m just here to tell them sorry they feel like that.”

.@SamanthaShow03 got ALL of this one, and then some yesterday… plus a little extra at the end. ??? #okstate pic.twitter.com/rbMrViUdr8

If bat flipping, video-bombing, dancing and cocky Cowgirls aren’t your type of television, then I’m sorry, too. Because this week you’ll be missing some great softball being played in Oklahoma City — and a great team that demands attention and deserves respect.