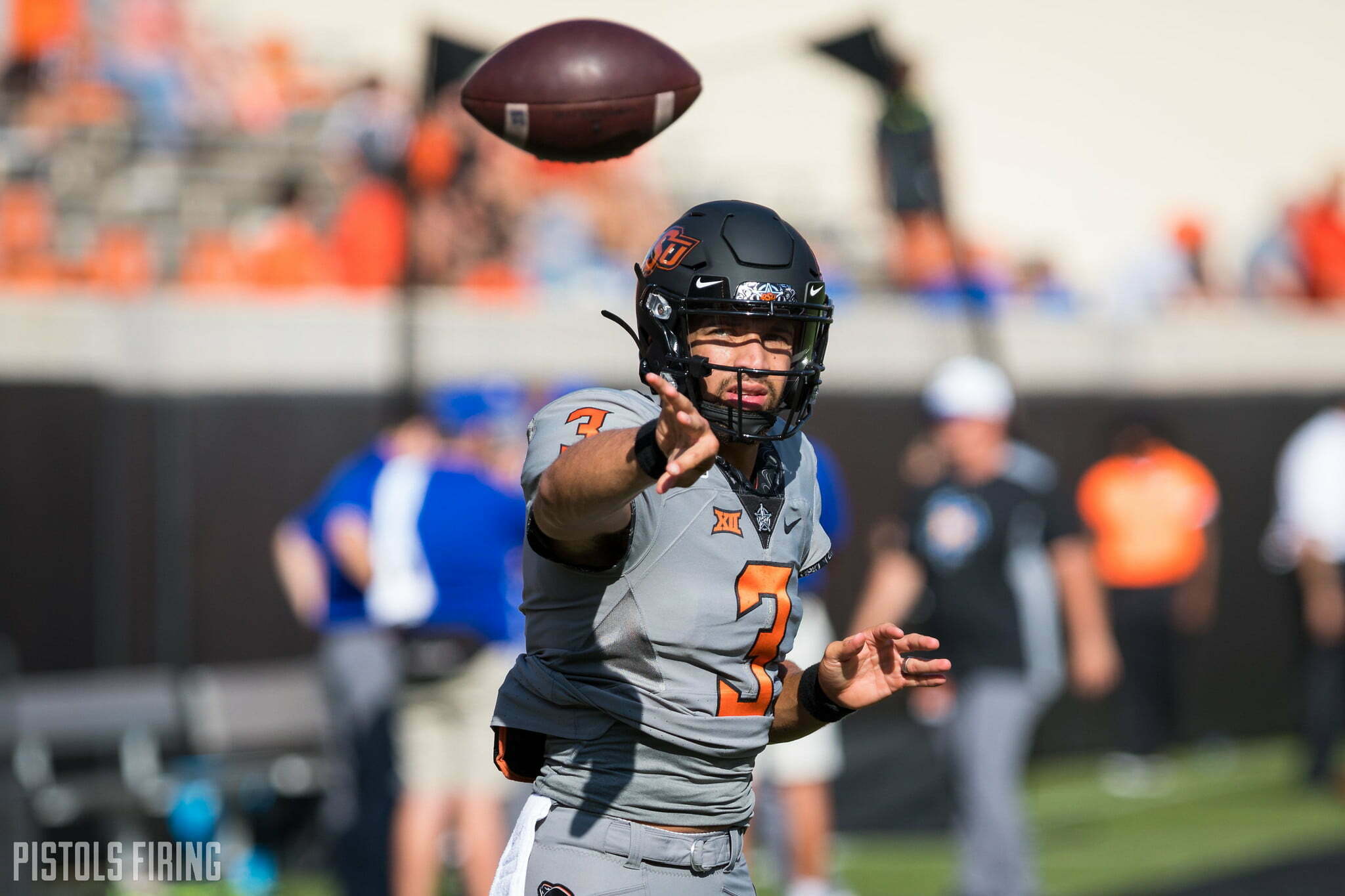 Happy bowl selection day! Let me prep you: OU is going to the CFP. That’s the bad news (because it’s always bad news). The good news is that OSU gets bumped up a bowl slot and that OU is probably going to have to face Ohio State in its CFP game.

Before we get to the Pokes and where folks have them, here’s a refresher on the Big 12’s bowl ties in order.

Now let’s roll through the projections following conference championship weekend with a reminder that OU is in the CFP (probably), which means Baylor is going to the Sugar, which means the Alamo (see above) will have first selection from the rest of the Big 12 teams. OSU, Texas, Iowa State and Kansas State finished tied for third.

The Alamo doesn’t care about tiebreakers, but it does care about filling seats and lit-up TVs. Iowa State went last year so they might be out. Kansas State and Oklahoma State are compelling to them (I guess). But how can anyone top Texas? I don’t really see how this isn’t an automatic invite to the Horns, despite them going 7-5?

And yet, that’s not how a lot of outlets have it …

• The difference between Utah in the Alamo and Mississippi State in the Texas Bowl is … stark.

• On the one hand, you get the Jim Mora Jr. Bowl with Utah in San Antonio /TACKLES! On the other, you get the Dak-J.W. Walsh redux six years later in Houston. Also, A&M would be fun I think. Kyle Field South would be a lot to deal with.

• No more Camping World Bowl projection for OSU is interesting. That Texas-Notre Dame Camping World matchup is compelling. And I agree with this, somehow there’s more confusing now than there was a month ago.

Wouldn't be Texas saying no to Alamo. That bowl would have to pass on UT, maybe pick Oklahoma State. Lots of moving parts in all this. https://t.co/mx2rd9Ggfr

• Here’s more on the Texas situation.

If the 11-2 Utes, who lost to Oregon in the Pac-12 Championship 37-15, fall out of the top 12 in the rankings but remain substantially ahead of No. 22 USC (8-4), it’s likely the Alamo Bowl would select Utah and pair the Utes against the Longhorns.

If Utah falls far enough to be within a few spots in the rankings of USC, the Alamo Bowl could select the Trojans, the only team to beat Utah in the regular season. If that happens, the Alamo Bowl might pass on Texas (and select either Kansas State or Oklahoma State), since the Trojans and Longhorns have played twice in the last three years and might not excite either team’s fan base. [247]

• I’m thinking Alamo goes Texas, Camping World goes ISU and OSU falls to the Texas Bowl, which is fine with me in terms of driving down to cover it two days after Christmas, although I apologize in advance to those of you going to the game and looking for things to do in Houston in December.