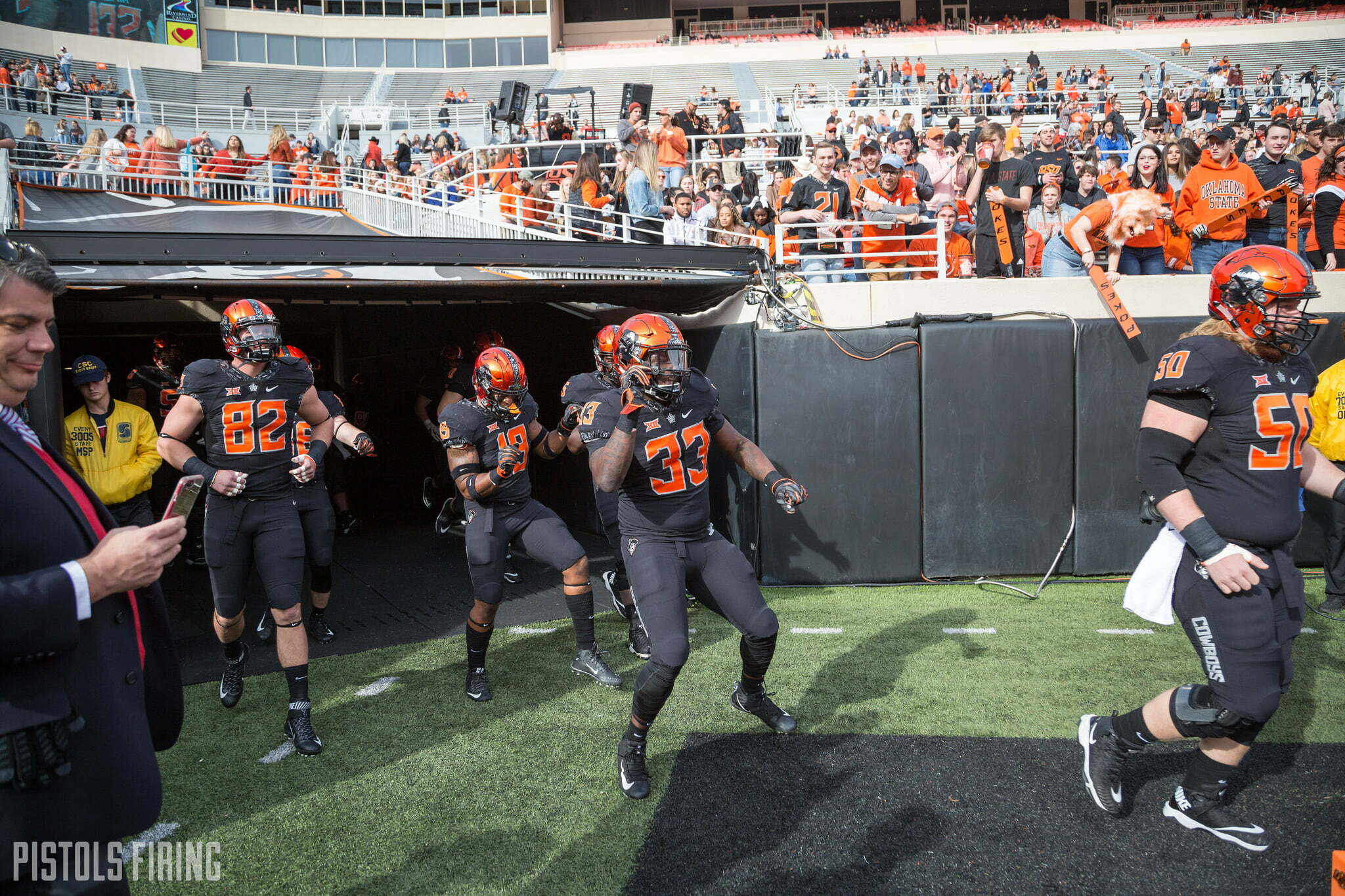 This week’s bowl projections have gone from a concept to a reality following OSU’s 45-41 win over West Virginia last weekend. That’s fun. Now it’s not a question of if but rather which one as December comes into view for this OSU squad.

Here’s a look at where a handful of national outlets are slotting the Pokes in the postseason (which hasn’t actually materially changed that much from last week).

What if I’d told you after Week 1 when Auburn beat Washington that they would be in the same bowl in December as Oklahoma State? You probably would have thought it would be better than the Liberty Bowl. Also, I’m here for the Texas A&M matchup in either the Liberty Bowl or the Texas Bowl. Need it!

Regardless, I think the Liberty is where OSU is going to end up, too. I’ve written about this extensively here, and even though I posited that Texas is going to win the Big 12 (more on that below), odds would have OU winning out and the bowls looking like this …

If Texas wins the Big 12 after WVU beats OU on Friday, then the bowls will *probably* play out like this …

That would be a best-case scenario for the Pokes. But let’s be honest, the idea that OSU is going bowling at all is a nice relief after what has been an incredibly wavy (and sometimes stressful!) season.