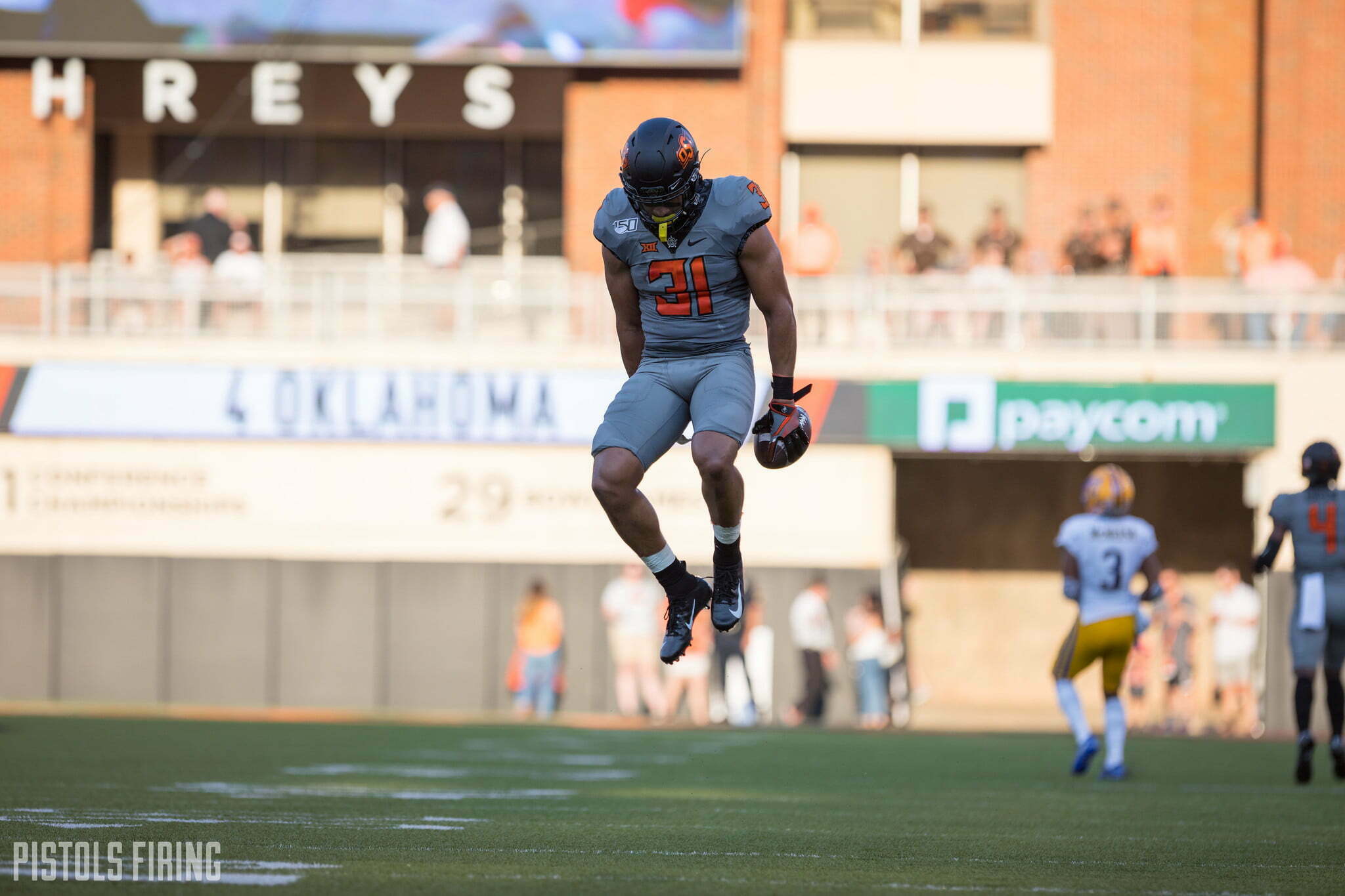 OSU didn’t play last week, but almost every other team did, which means bowl projections have changed for the Pokes. The Big 12 is going to be an absolute mess coming down the stretch — especially in the middle of the pack — so expect a ton of movement over the final month of football. Here’s what the standings look like right now. 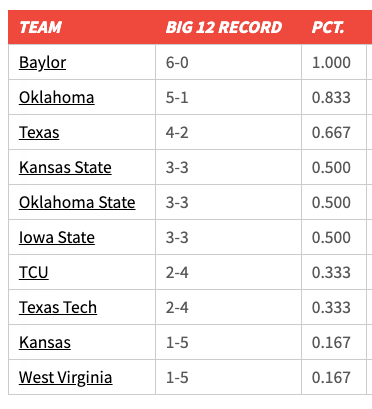 • Banner Society is probably my favorite projection, so I was overjoyed to see they had moved on from OSU vs. Ohio in the First Responder Bowl to OSU vs. A&M in the Texas Bowl. Much more palatable.

• I was even more overjoyed to see CBS Sports move on from Liberty to Mississippi State in a Texas Bowl that would be the redux from that Dak vs. J.W. Walsh clash way back in the nearly-triumphant year of 2013.

• Then there is the Notre Dame game. Both Brett McMurphy and Mark Schlabach had the Pokes against the Domers in the Camping World (not a sentence any non-CFB fans would have any clue how to decipher by the way), and I’d be dandy with that. ND might be good, but they also might not be. You cannot tell anything at all from their schedule.

• What all of this means is that most folks believe OSU is going to finish third or fourth in the conference. I think that’s probably fair to assume. If OU and Baylor go Sugar Bowl-Alamo Bowl in some order, then it’s hopefully going to be OSU and Texas for the next two slots. The wild card is if OU (or Baylor?) sneaks into the CFP somehow. That’s a good thing for the rest of the conference (more $$$) and everyone moves up a bowl slot (as long as the Sugar isn’t a CFP semifinal game, which it’s not).

• What’s going to be really interesting is if OSU, Iowa State and Kansas State all win this weekend. They’re all favored by at least seven points and are all playing at home. Pretend like Baylor beats OU as well, then you have this scenario.

All of a sudden it appears OSU controls its own destiny because they still play OU. But do they? Let’s say OSU (plays WVU, OU), Texas (plays Baylor, Tech) and Iowa State (plays both Kansas schools) win out after the above scenario, and OU, OSU, Texas and Iowa State all finish at 6-3 with Baylor at 8-1. Who would meet Baylor in the Big 12 title game?

The first tiebreaker would be record against each other, according to the Big 12.

If three or more teams are tied, steps 1 through 4 will be followed until a determination is made. If only two teams remain tied after any step, the winner of the regular season game between the two tied teams shall prevail.

1. The Conference records of the three or more teams will be compared against each other in a “mini round-robin” format.

Here are the presumed round-robin records if OSU wins out and Iowa State beats Texas (if Texas loses to Baylor, all the better, just include OSU, OU and Iowa State).

So Bedlam would be looked at next (see above rule), and OSU would move on to face Baylor in the Big 12 title. Again, many things have to happen between now and then, including OSU winning out, Iowa State beating Texas and OU losing to Baylor this weekend. But that path doesn’t look quite as dire as it did two or three weeks ago for these Pokes.