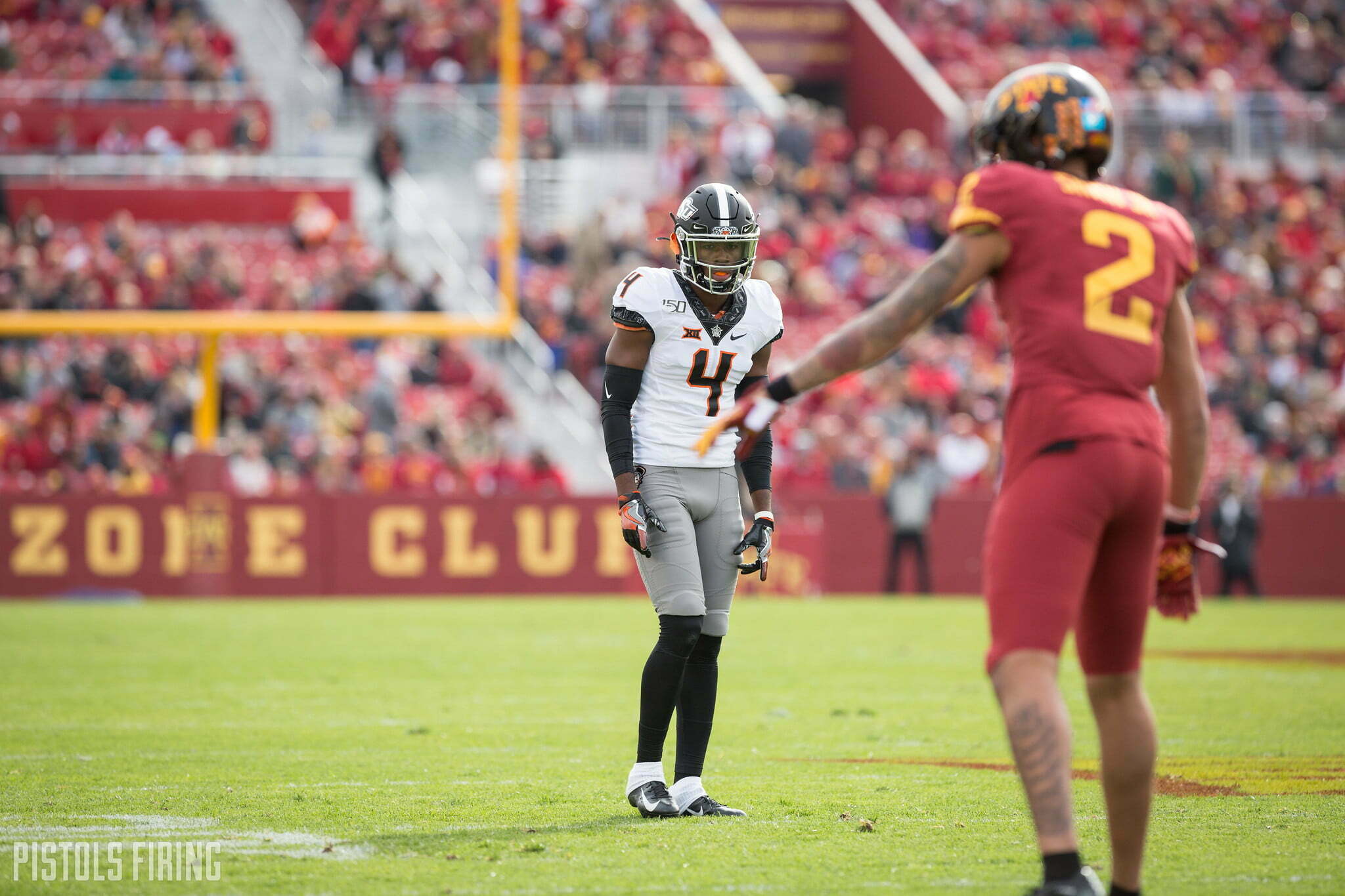 With just one game left in the regular season, the Big 12’s bowl picture is starting to become (a little bit? sort of?) clearer. There are still a few things to sort out — namely OU’s CFP chances — but OSU’s destinations are narrowing (and I’m not sure that’s a great thing).

• Put that Oklahoma State-Oregon game directly into my veins and don’t take the needle out until the start of 2020.

• 247 has Alabama-Baylor in the Sugar Bowl. Baylor is good — I’ve been on that train since they thumped OSU in Stillwater — but they’re not good at that level.

• The most probable scenario is either the Camping World or the Texas Bowl for OSU. The only path for them to get to the Alamo Bowl is for OU to get to the CFP (in which case they would have beaten OSU) and Baylor to slide to the Sugar.

Then the Alamo would have to bypass either a 6-3 Iowa State team or a 5-4 Iowa State team, a 5-4 Kansas State team and possibly a 5-4 Texas team for a 5-4 OSU team. Could all of this happen? Sure. Is it likely? No. The good news for OSU here is that Iowa State played in the Alamo last year so OSU could end up being the choice, even if they’re one game worse in conference play.

• The irony of Bedlam is that by losing, OSU might actually find itself in a better bowl than if they win. Here’s why: If OU wins, they could make it to the playoff, thus bumping everyone in the Big 12 up a bowl slot. But if OU loses Bedlam, they can’t make the CFP, which means the Big 12 champ goes to the Sugar and the loser of Baylor/OU goes to the Alamo. If OSU loses Bedlam, it could go to the Alamo Bowl. If it wins Bedlam, it definitely cannot.

• My prediction: I actually think OSU ends up … in the Alamo. Here’s how they get there.

OU backdoors into the CFP by winning its next two.
Baylor goes to the Sugar at 11-2.
Iowa State beats Kansas State
Texas beats Texas Tech.

Final standings would look like this after OU and Baylor at the top.

I think the Alamo looks at that and says, Yeah we’ll pass on two straight Iowa State outings. They know OSU travels. They might pick the Pokes over Texas given how the Horns are finishing. Or maybe Texas Tech beats Texas this weekend, which would be a lot funnier if, well, you know.

Again, this is not the most likely scenario, and OSU can kill it for good by winning Bedlam, but I could at least envision it playing out like this.

• Related: This is all complicated and incredibly fluid, even with just one game left.

You talking about the conference where you went 37-44 for the last decade you were in it? https://t.co/4jG1Ycfhfk