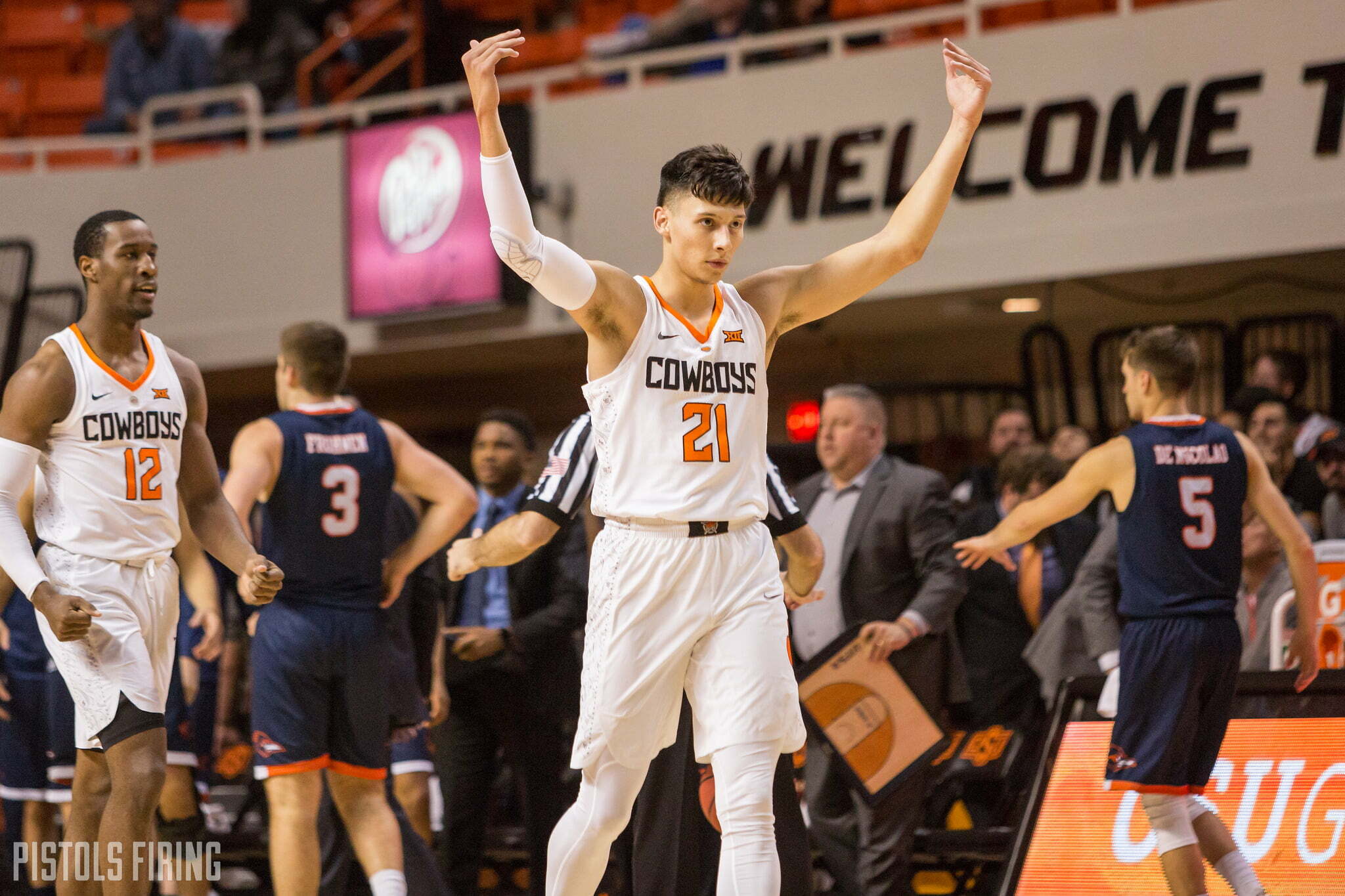 STILLWATER — It’s not too often a coach asks a player to be more selfish.

That’s the case with Oklahoma State basketball coach Mike Boynton and junior standout Lindy Waters. Waters’ 12 points per game average is the second-highest on his team, and he is doing that on only about eight field-goal attempts a game. That has led to Waters being an efficient 42-percent shooter, and he has made about 45 percent of his 3-point attempts. But, Boynton said the team has needed his shot total to increase even before the roster was trimmed to nine players last week.

“We need him to be more aggressive,” Boynton said. “We really do. Now, he’s a really unselfish, cerebral kid, so he won’t take a ton of bad shots. He’ll pass up what he thinks are good shots for what he thinks could be a better one for a teammate.

“Quite honestly, we need him to take even sometimes some difficult shots because that’s our best chance to score with him making a play. I need him to be a little bit more selfish with the ball and picking his spots to try to be more aggressive scoring.”

Since the start of Big 12 play, Waters has put up 10 or more field-goal attempts in a game only once, the Cowboys’ conference opener against Iowa State on Jan. 2. In OSU’s six conference games to this point, Waters has put up 49 field goal attempts, 24 of which have fallen, making him a cool 49-percent field-goal shooter, a good number considering he plays on the perimeter. Perhaps more crazy is Waters is 15-for-28 (54 percent) from 3-point range in Big 12 play. Waters scored a career-high 19 points in OSU’s 61-58 victory against Texas on Jan. 8, and he did so on only seven field-goal attempts because he was 5-for-5 from deep.

Waters has show an innate ability to hit contested jumpers, particularly in the mid-to-long range. Against Iowa State on Sunday, Waters was able to use his long 6-foot-6 frame to create a small bit of separation before shooting over Nick Weiler-Babb at the end of the shot clock.

Waters has used his nice size-up, pull-up a few times this season. He did so in his career-high game against Texas. Waters bobbled the ball before hitting Jase Febres with a quick hesitation hop step that led Febres to pause for a moment that was long enough for Waters to rise and shoot.

With an increased number of shots, Waters’ percentages would likely take a dip, but it might make for a better offensive outing for the Cowboys as a whole.

“He’s a kid that just plays the game the right way,” Boynton said. “If he sees a teammate open, he’s just gonna pass it to him. He believes in his teammates, but what I got to preach to him is: That’s not necessarily what’s best for our team. Throwing to a teammate that’s not in a position to actually score, even though he’s open, may not be the best thing. Just take a shot and even if it’s not necessarily the highest percentage shot, your teammate is going to be ready to go rebound it you miss.”