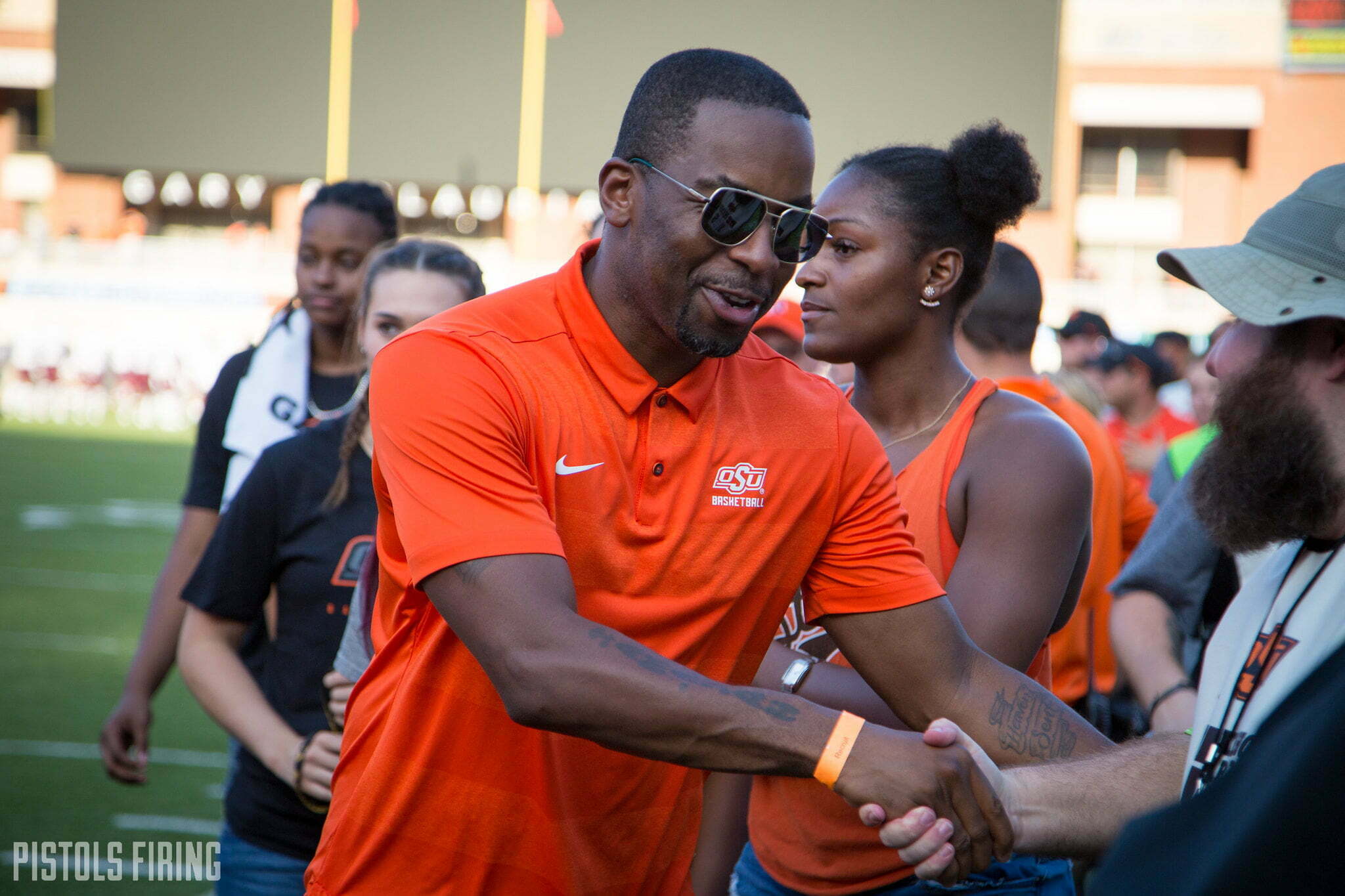 The murder of George Floyd, and the events that followed, have been polarizing for an entire nation and their impact has been felt globally.

But while we’ve seen plenty of people divided over the event, or at least in how they react to it, it appears to have had a galvanizing effect within the walls and on the campus at Oklahoma State.

On Thursday, several members of Oklahoma State’s athletic community released a video discussing the Black Lives Matter movement in hopes that it would live up to its moniker #BringChange.

Something Boynton said in the video stuck out to me: “Be the change that we want to see in this world.”

It reminded me of what he said recently on The Franchise 107.7 when talking about how he addressed George Floyd’s death with his players.

He told them, “We have to be the example that we want to see in the world. It’s not easy but it’s necessary because I want my children, at some point, to not have to worry about these things being possible.”

Boynton is one of just a handful of black head coaches in the Power Five ranks and the significance is not lost on him.

“I’m fortunate that I have one of the few jobs, especially at the Power Five level, of an African American, and I’m very proud of that,” Boynton continued. “I think about the consequences of all the decisions I make every day, and making sure that another person has an opportunity down the road.

“So it’s very important that we don’t just use this moment to stand up and shout, right? There needs to be action that follows because we’ve got a captive audience with this thing, worldwide. And the next steps are more important than even the statements that have been made and the protests.

“It’s what kind of policy [and] positions that we can make sure are changed. What kind of leadership, at all levels. Locally, at the state level, the national level. What kind of people can we put in those leadership positions where there’s a more diverse way of looking at things. I think if we start doing that we’ll start to really see our country thrive in a better way.”

“Black lives do matter and we will bring change together, whether you’re with us or not.”