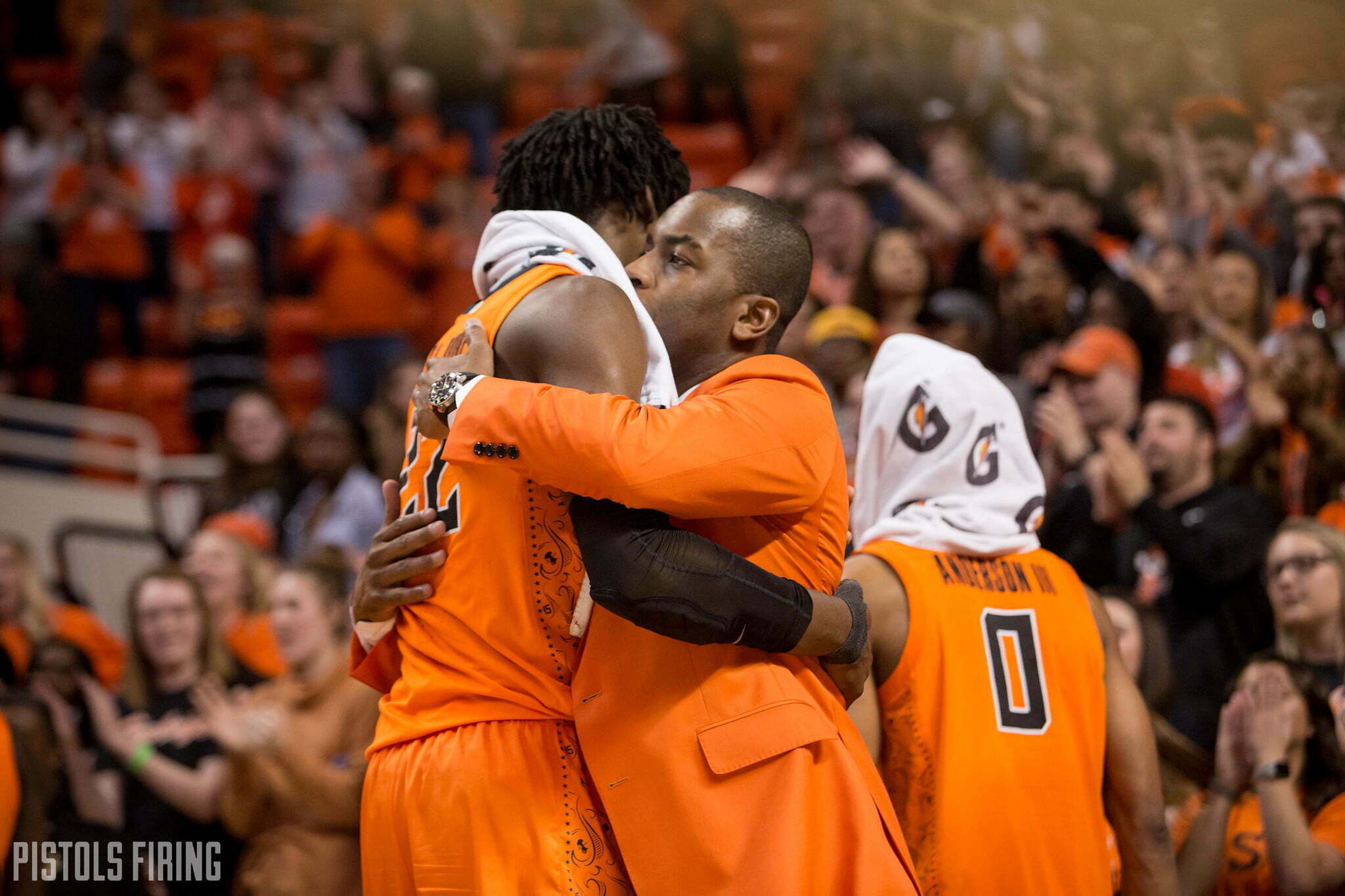 Early in the basketball season, I sat at an Oklahoma State practice and watched.

I watch about a practice a week in the season, but something about this particular day stood out. As practice was wrapping up OSU coach Mike Boynton came to me at the scorers table and looked over toward a basket.

At it, Kalib Boone was working with assistant coach Cannen Cunningham. Boynton looked back to me and said, “That kid has a chance to not have to be here for four years.”

It was an eyebrow raiser. Boone hadn’t started a game for the Cowboys to that point. He was a respectable recruit, the No. 139 player in the 2019 class, but he wasn’t the highly touted type of prospect that you see jet for the professional ranks early. But this season, Boone will get his first big chance to prove Boynton right.

With Yor Anei’s decision to transfer from the program, Boone’s minutes are likely to drastically increase from the 11.7 a game he played during his freshman season. He played well as a freshman. His per 40-minute averages were among the best on the team. And next season, with an increased role and the potential No. 1 pick in the 2021 NBA Draft, Cade Cunningham on his team, more eyes will be on the Tulsa native.

“That kid’s got unbelievable potential,” Boynton said Monday. “His confidence is growing. The success he had as a freshman is one I’m sure will spill over. The opportunity to play with a group of guys he knows really well from last year, being comfortable in college basketball now and then being infused with — Cade’s a unique talent that can help him be even better — where, I’m not gonna go too far, but I’m not sure he’s gonna have to spend four years in college before he can go play professional basketball.”

Boynton has watched Boone since he was a high school freshman. OSU’s coach has made jokes in the past that, though Boone was tall, he wasn’t a good basketball player back then.

“I joke with him today,” Boynton said, “when he left our camp in the summer of 2016 I believe, I was like, ‘Man, it’s a shame. That kid’s really tall. If he could play a little bit better, he could be really good.'”

For his own good, and the good of the team, Boone will need to stay out of foul trouble next season. Boone averaged 5.9 fouls per 40 minutes as a freshman, trailing only Anei among Cowboys who played in more than five games.

With Anei and sophomore  forward Hidde Roessink choosing to transfer, that leaves OSU a little thin in terms of true frontcourt players. Boone, his twin brother Keylan Boone, and incoming freshmen Matthew-Alexander Moncrieffe and Montreal Pena might all have to chip in, in guarding the Big 12’s biggest basketball players.

Keylan spent much of his freshman season on the perimeter, and Moncrieffe and Pena haven’t yet played college basketball. Despite those truths, Boynton said he isn’t worried about frontcourt depth at this point.

“I don’t want to discount having taller guys on your team,” Boynton said. “We want length and athleticism and all that. My job is to focus on what we have. I don’t look at this thing as a what you don’t have and why you can’t be successful. We’ll find a way with the talent we have, with the versatility we have, to put a successful system in place and give these guys an opportunity to have a lot of success as a group.”

The Cowboys do have a lot of length elsewhere. Point guards Cade Cunningham and Isaac Likekele are 6-foot-7 and 6-4, respectively. Keylan Boone is 6-8 and Moncrieffe is 6-7. If those four and Kalib Boone were the Cowboys’ starters at the beginning of the season, that lineup’s average height would be 6-7.

The thought of frontcourt depth could be a nonfactor entirely, though, if Boone can stay on the floor.

Boone flashed his potential in his freshman season. He scored 16 points in a home win against No. 24 Texas Tech. He scored 14 two games later in a win against Bedlam rival Oklahoma. But this season, Gallagher-Iba Arena might see what Boynton’s long expected.

“I’m not sure there’s a limit on what he could become,” Boynton said.