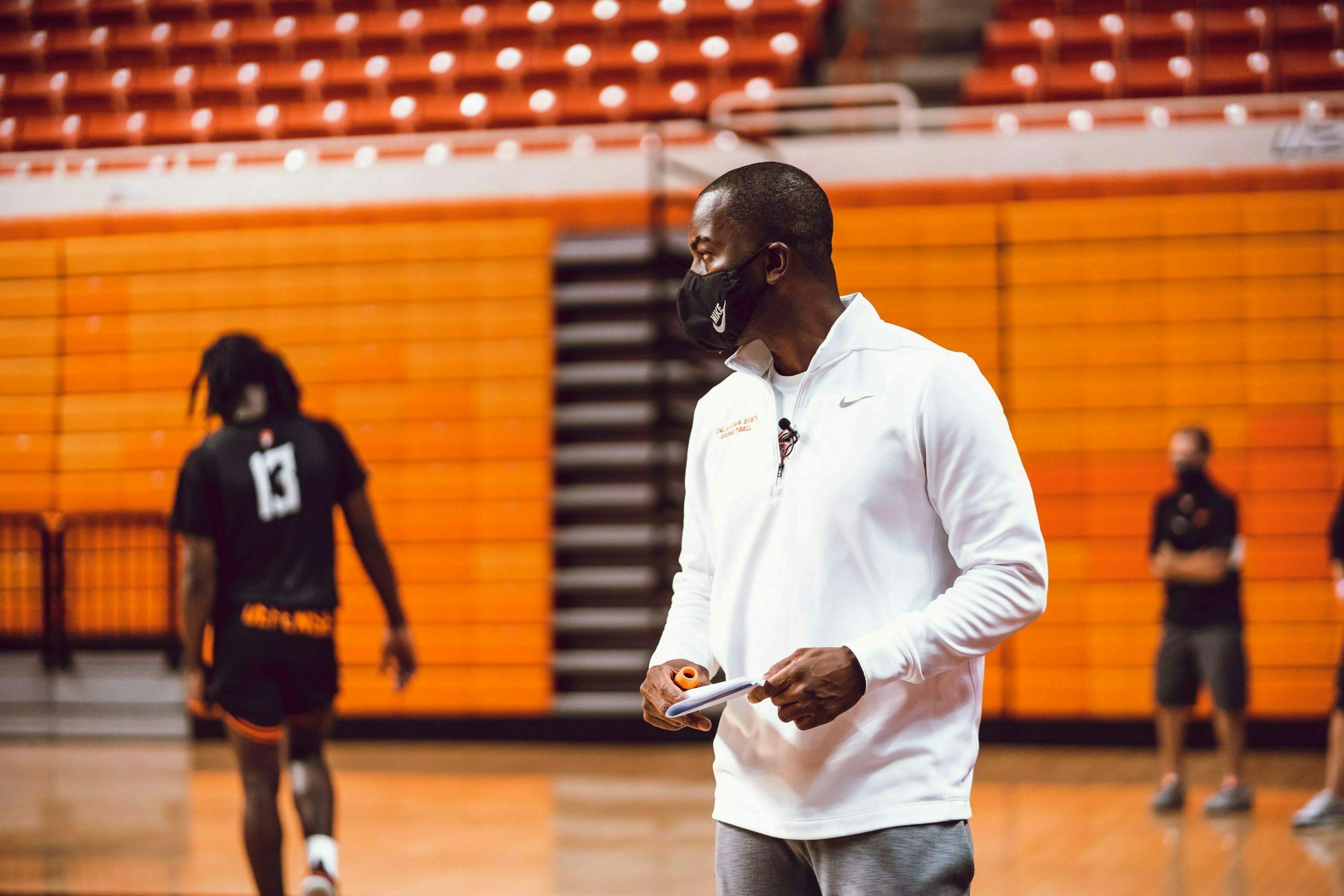 The Cowboys released their Big 12 schedule Monday, but the Pokes might still have a few hoops to jump through before their Dec. 16 meeting with TCU.

Oklahoma State is supposed to start its 2020-21 season in Lincoln, Nebraska, at the Golden Window event. However, recently scheduled multiteam events have been being canceled left and right.

ESPN had a bubble set up in Orlando, but the network announced the cancelation of eight tournaments this week, citing challenges surrounding testing protocols. On Wednesday, OSU coach Mike Boynton said his squad’s nonconference schedule is “fluid.”

“Everything has a residual effect on everything,” Boynton said. “I just think that’s what it is. You got teams trying to pivot and find out what the next best options are. I’m not organizing the event, so I don’t know all the specifics of how that’s manifested itself. But we’re certainly trying to monitor it as closely as possible to see what can be most beneficial for our program.

“The scheduling is a fluid situation and probably will be even as we get into it. I swear, I can envision a scenario where we’re supposed to play a game on Friday, and I tell you on Monday that we’re planning for it and by Thursday, we’re putting out a release that something’s happening. That’s just where we are unfortunately.”

Differing testing protocols on a conference and state level have make these tournaments difficult to pull off. Boynton said some states want people to quarantine for 14 days. That’s something that the NBA was able to do in Florida before resuming its season, but it becomes more difficult with college kids who have classes to worry about.

Then more questions would arise if a student-athlete tested positive for COVID-19 while out of state. Would he get to return home on a plane or bus with negative testers or would he have to quarantine alone in that state while his team traveled home.

“What are the protocols when someone does test positive?” Boynton said. “That seems to, although it shouldn’t, that seems to vary from conference to conference, from state to state. … There’s so many differences in how this stuff is being interpreted and what’s deemed safe. I think that is the biggest challenge we have because it’s not uniform. Everyone’s not playing by the same rules, so to speak. Not that anybody’s cheating, but they’re playing by the rules that they’re governed by. “

College basketball is in the awkward spot that football found itself in a few months back, where the NCAA isn’t able to set a blanket protocol for all of its universities because local government and the school’s conferences setting up protocols.

“I’ve always said our biggest challenge is we’ve got a lot of competing interests,” Boynton said. “The NCAA really just is there to oversee the universities under its umbrella and then to host the championships. But the conferences and the school presidents really are the ones who make the rules.

“So, if the Big 12 presidents meet and decide this, like they did in football this fall, the Big Ten presidents and conference gets together and decides this, then the NCAA can’t really tell either one that they can’t do those different things, and therein lie some of the challenges that we have.”