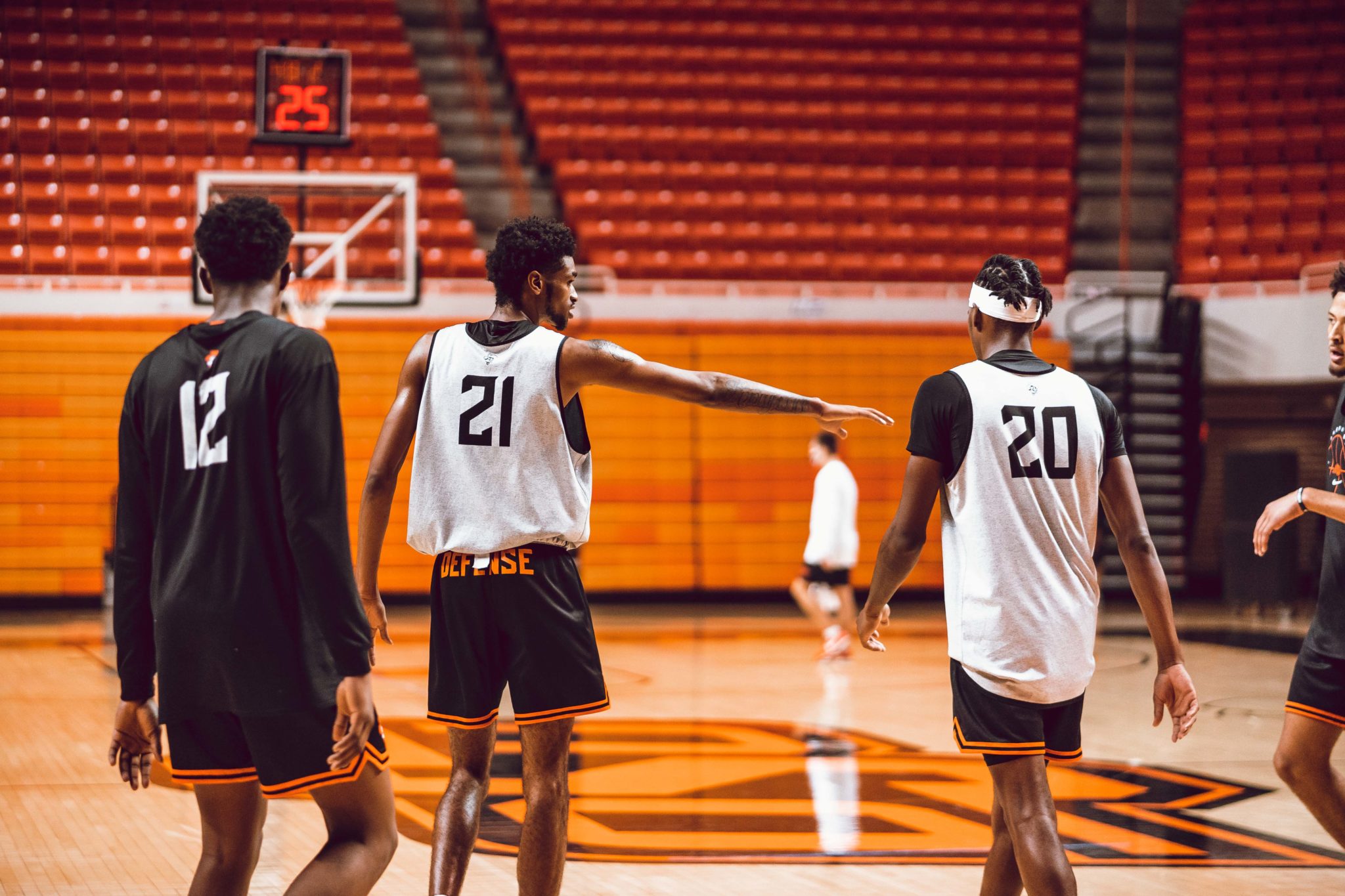 It came out Sunday that Montreal Pena was no longer with the Oklahoma State basketball program, but there is a chance he returns to Stillwater at some point.

Oklahoma State coach Mike Boynton spoke with reporters Tuesday for the first time since Pena’s departure, where he shed a little more light on a puzzling situation.

“Montreal Pena is not with us,” Boynton said. “He has opted out. Personal decision that we talked about. I’m still in contact with him, but he needed to step away from college right now to get things in order.”

Pena was part of OSU’s highly regarded 2020 class. He wasn’t a heralded recruit, but his size and athleticism provided a monstrous upside. At 6-foot-10, Pena recorded a 42.5-inch vertical this summer.

However, he has missed every game this season for the Cowboys for what has been called a “personal reason.” Although he is no longer with the team now, Boynton said there is a possibility he returns after this semester.

“That’s on the table,” Boynton said. “I want the kid to be here. I want to help him more than I want him to be a part of out program, so that’s our priority. As it stands now, I would say it’s 50/50. Obviously, depending on how things go over the next month or two will make a big determination on whether he returns beyond this semester.”