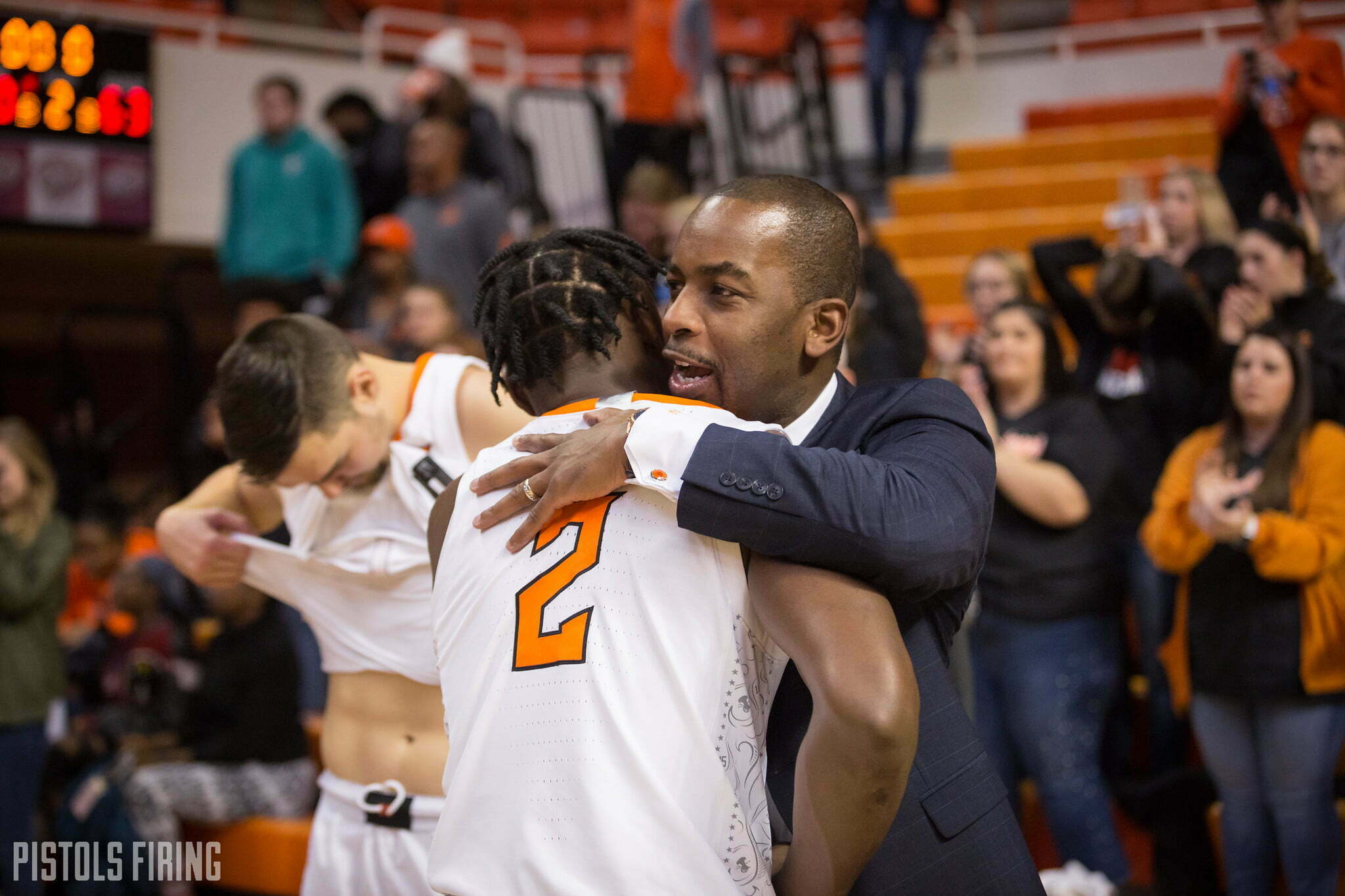 Mike Boynton’s team finished last semester with a 3.74 team GPA, and now it’s being punished for something it didn’t do.

Boynton, Oklahoma State’s basketball coach, mentioned his team’s GPA on Monday with Jeff Goodman on Goodman’s Good N’ Plenty podcast. On the podcast, Boynton further opened up about the sanctions the NCAA placed on his program. Boynton was more fiery than he was in his press conference Friday as he reiterated that he didn’t think the punishment of a postseason ban and loss of  scholarships fit the crime that a federal court pinned against former assistant coach Lamont Evans.

In the NCAA’s report, it stated that Evans worked alone and that OSU gained no competitive advantage from the situation, but now, three years later in the midst of a global pandemic, the NCAA punished kids who were in high school when the incident took place with a postseason ban. The student-athletes can leave OSU if they choose, but with the COVID-19 pandemic that makes it all the more difficult for the student-athletes to pursue that option.

Since the sanctions hit, Boynton has said on a few occasions that he will help his players do whatever they think is best for them, so he told Goodman that his phone conversations with his players aren’t truly about Boynton trying to get them back.

“This isn’t about recruiting for me at this point,” Boynton said. “This is about the kids because I really believe that. I feel like at this point, unfortunately, that’s not where we are in our game in many ways. I think this decision is another example of that.

“This isn’t about the kids. This is about power, and they want to show their power and influence whatever they have a jurisdiction over. It’s really unfortunate that they didn’t look beyond that and say, ‘What is right?’ Just pure and simple, ‘What is right?’ This isn’t right.”

Many who understand the situation thought the sanctions were overkill. Boynton questioned whether the NCAA is trying to prove a point that it doesn’t need the FBI to police its operation.

“At your core, you have to do the right thing,” Boynton said. “You can’t just decide arbitrarily that we’re gonna overpunish in this situation where it just doesn’t apply. I don’t know what the answer is, maybe a financial hit because then you affect the pockets of the university, but you don’t impact the kids. The kids, like Isaac Likekele, who’s gonna be a junior on our team next year, who in 2016 was just trying to figure out when his high school lunch period was. I mean, what are we talking about?

“I think in some ways their efforts to go above, really, their normal standard procedure almost makes it even worse, in my opinion, to, ‘Well, we didn’t really have any power to stop this from happening, and so because someone else has unearthed this stuff, we’re gonna take this opportunity to go further than we’ve ever gone when there’s been many cases that have had much more egregious actions that have not been treated this way.’ Again, I think what they should have done is just look at the case and the things that they are charged with overseeing.

“The federal crime, they can’t go around and penalize people who are committing crimes. If they start doing that, then no one’s gonna have a program. There are really good people, but there are bad people in our business who do bad things. That’s a university deal. The NCAA comes in and they go way beyond the pale of what they’ve ever done just isn’t right to the kids moreso than anything.”

Upon initially hearing the news Friday, I expressed my feelings on how this isn’t good for the student-athletes, who had nothing to do with the sanctions. This seems to be the popular thought on the subject, so it’s interesting the timing of all of this from the NCAA.

“I’ve got a bunch of good kids who want to work hard, who are about the right things, and to almost have, what they’ve already been punished for, just living through this for three years, doubled down on and saying, ‘We’re gonna punish you more,’ just really, really misses the mark totally,” Boynton said.