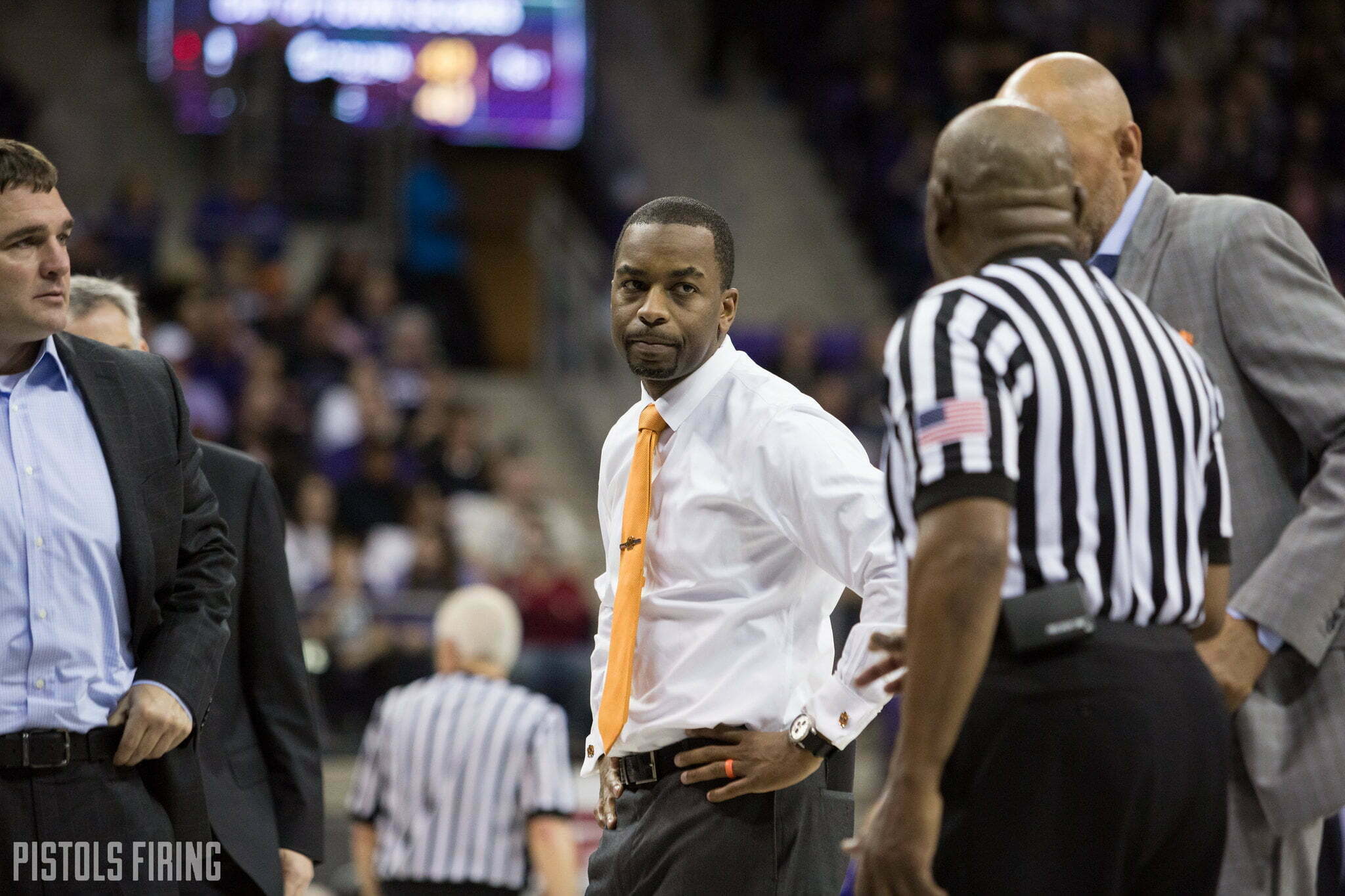 STILLWATER — There is still nothing to update in regards to Oklahoma State’s appeal on its NCAA sanctions stemming from the FBI’s probe into college basketball.

It’s been about a year and a half since the NCAA deemed the Cowboys ineligible for postseason play and that the Pokes would lose three scholarships over three seasons. OSU appealed that ruling, leaving the program in limbo with the NCAA ever since. Although the Cowboys can still participate in the NCAA Tournament under the appeal and use all of their scholarships, the thought of a ruling coming at any time still has its effects.

“We lost a recruit this spring because when I can’t tell a family something because I’m unsure, the people I’m recruiting against are definitely sure that they know something bad is gonna happen,” OSU coach Mike Boynton said Thursday. “So, that’s the message being delivered: ‘They’re getting crushed.’ I’m like, ‘Well I don’t think we’re getting crushed, and I don’t know if anything’s gonna happen at all.’ The one is kinda dancing around, the other is, ‘They’re gonna throw the book at these guys.’ They don’t know that, but it’s a recruiting deal. That’s what you deal with.”

Boynton said it would be difficult for the NCAA to justify a bad ruling for OSU at this point. No one on the team was around when former assistant coach Lamont Evans allegedly accepted between $18,150 and $46,000 in bribery money, something that didn’t benefit OSU basketball to begin with.

As for this season’s squad, the Cowboys with their four newcomers are a little over a week into their 2021-22 practices. The Cowboys start with year with an exhibition against Central Oklahoma on Nov. 5. Will there be a ruling by then? It seems doubtful at this point, but who knows?

“I’m really not sure how much this team thinks about it at all,” Boynton said. “It would be probably, I don’t want to say criminal, that might be a little too harsh, but it would be pretty difficult to justify a bad ruling at this point, considering all we’ve been through.”