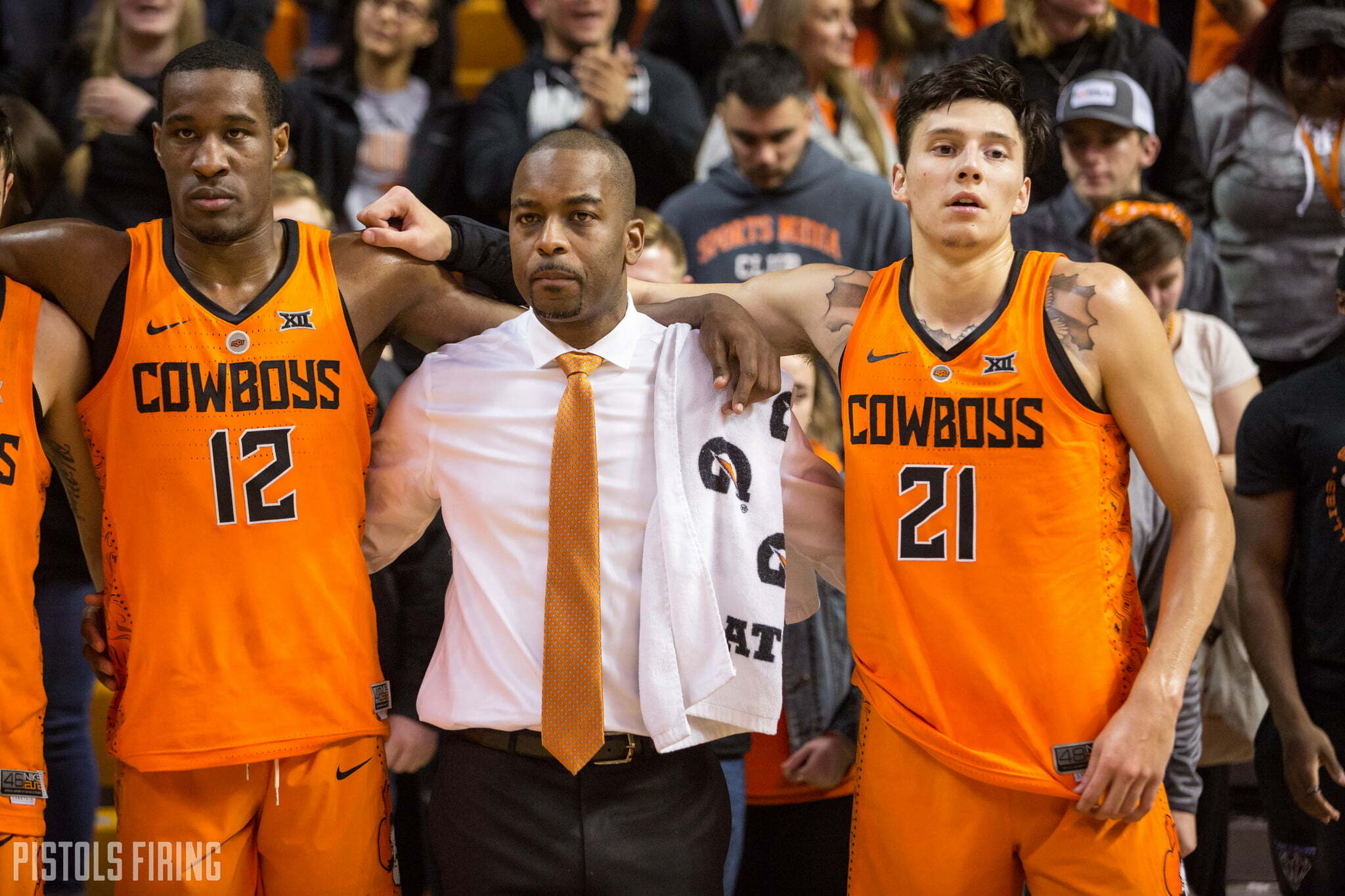 STILLWATER — When Mike Boynton first saw his team would play his alma mater in the SEC/Big 12 Challenge, he wasn’t stoked.

Oklahoma State will play South Carolina on Saturday in Gallagher-Iba Arena. Boynton, OSU’s coach, played for the Gamecocks from 2000-04. To some, it might be a cool experience to play the team you used to play for, but Boynton said it’s hard playing people he knows well.

Boynton was an assistant on South Carolina’s staff from 2008 to 2013, current coach Frank Martin’s first season. Although Boynton wasn’t on Martin’s staff, Martin worked to get Boynton a job as South Carolina’s director of student athlete development where he worked with athletes from all sports with everything from planning for graduation ceremonies to working with athletes on job interviews to setting up networking seminars to etiquette dinner training.

Boynton left with Brad Underwood, an assistant on Martin’s staff, when Underwood got the Stephen F. Austin job.

“There’s 13 teams in that league,” Boynton said. “We could’ve played anybody. We played Arkansas for two years, so it’s maybe 12 others we could’ve been OK with playing.

“Because you got relationships. No one loves playing against people that they know well. The other things is as I started to think about it more, I think this is the sixth year of this event, and South Carolina I know has been in it twice, and they weren’t in it for the last two years, and they’ve only played Oklahoma State in this event. For them, it’s like the Oklahoma State Invitational.”

Boynton played in 125 games in a South Carolina jersey, the fourth-most of any Gamecock. At the end of his career, his 129 3-pointers made was in the Top 10 in school history. He graduated from South Carolina with a degree in African-American studies.

As the game has drawn closer, Boynton said it’s felt like another normal game to him. He said it’s more important his team plays better rather than who they were playing against. He joked he didn’t care if the Cowboys were playing Stillwater Junior High.

“I don’t feel any different to be honest,” Boynton said. “When the game was first announced, obviously, I didn’t love it, but I’ve approached the last two days no different than I’ve approached any other game. I do know a lot of people within the program. Frank’s been an intricate part of my career path and my journey here, but (Saturday’s) game won’t be any different. We need to try to find a way to play better and win a game.”