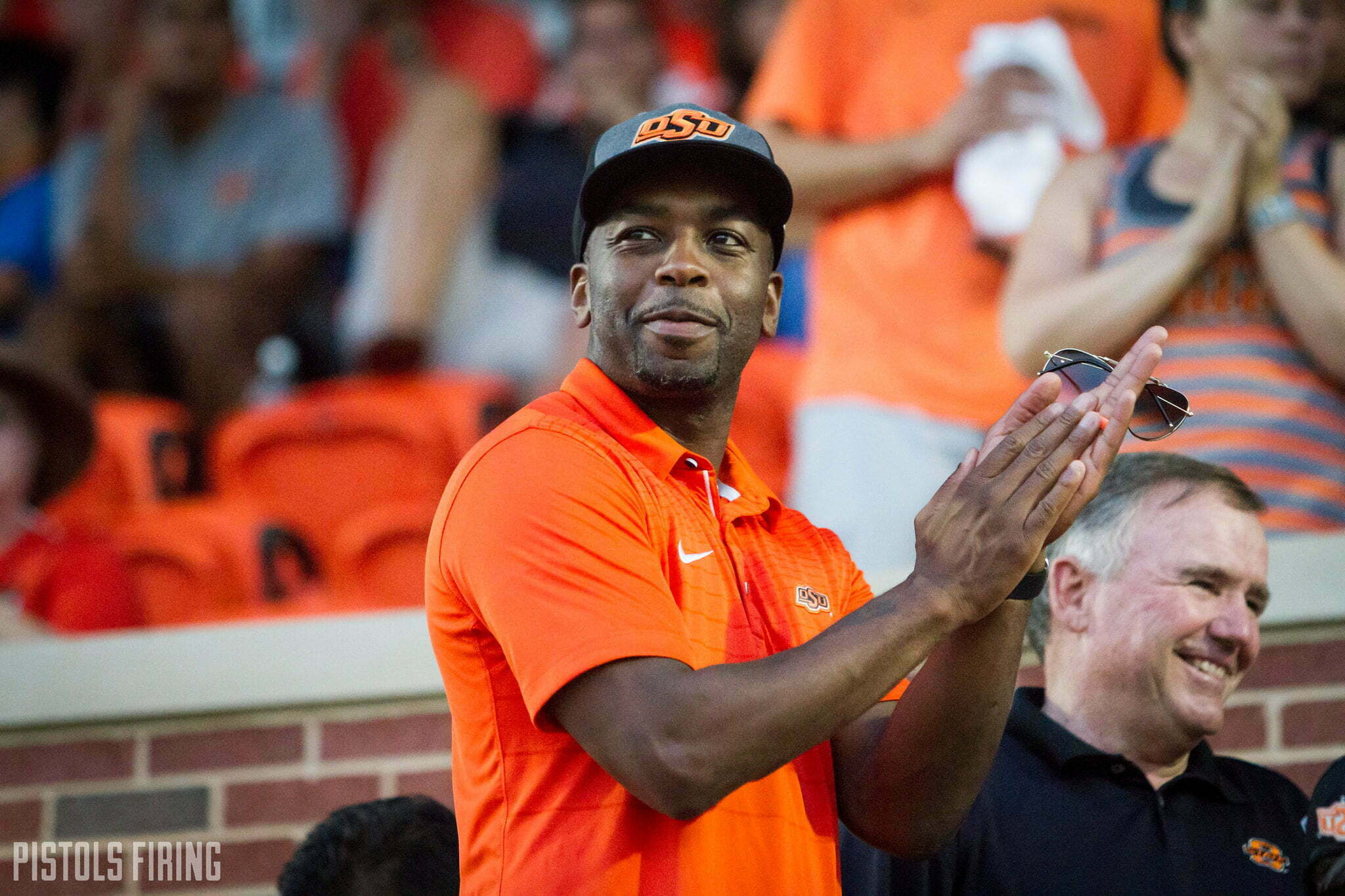 That Cade Cunningham would commit last November was mildly surprising but also understandable given Boynton’s length of relationship with him and his brother’s position on Boynton’s staff. That he would do it again in the throes of potentially crippling NCAA penalties that were tossed at OSU recently when every option in the world was still on the table for him? Well, that’s kind of incredible.

And while the pandemic may have actually worked a bit in Boynton’s favor as it becomes more difficult to travel around and the future of every school and every league is so unknown, the NCAA penalties certainly did not. The only one of them Cunningham may experience is the NCAA Tournament ban in March, but that’s a big one given what his role could be. Now that Cade is definitely still coming, OSU has an obligation (which I’ve been told they will exercise) to — if the NCAA doesn’t drop its ban — tie this case up in every court between Payne Country and Indianapolis.

I was also told early on after the NCAA penalties dropped that Cunningham was still saying the right things about OSU and the future. He didn’t waver verbally even if he certainly explored every option as Boynton called and re-called every recruit and their parents. That Boynton was able to re-recruit and re-commit Cade specifically is a testament to a variety of different things. But in the wake of the last week at OSU it’s difficult not to say that the No. 1 thing it’s a testament to is the depth of relationship Boynton has forged, not just with Cunningham but all his recruits (all of whom are staying).

Here’s what Boynton said on the day the NCAA broke its news back on June 5.

“I didn’t spend four years recruiting (Cade) to now abandoning what’s important for him,” said Boynton. “We’re going to have conversations and look at all the options: G-League, overseas, another university, Oklahoma State … I’m going to support it 100 percent.

“I certainly feel confident in the relationships that we have built over the course of time that we’ll get to a place where whatever decision is best for those kids — all of them, including Cade — will be what happens.”

It’s difficult to overstate how much Boynton gets it here. The job is to convince the best high schoolers in the country that you want what’s best for them and then to show them why playing in front of a full GIA as a Big 12 heavyweight is in fact what’s best for them. Not the other way around.

And now, as one OSU person put it to me, Cade will never return to Stillwater after turning pro and buy a meal or a drink (when he’s old enough of course) again. People will remember that he believed in OSU and in Boynton and in GIA when maybe there wasn’t all that much to believe in.

This is no small thing, and I think we’re all still underrating how good Cade Cunningham is. James Wiseman, RJ Barrett, Marvin Bagley, Josh Jackson, Ben Simmons, Jahlil Okafor, Andrew Wiggins, Nerlens Noel, Anthony Davis and Harrison Barnes are your last 10 players that have landed at No. 1 in the 247 rankings along with now Cade. All pros, many stars, some for a long time. This is the company Cade keeps.

And he’ll keep it in Stillwater — whether OSU plays a game in March or not — because Boynton has been relentless about building a program worthy of what he thinks Oklahoma State basketball can be. Players don’t commit to schools, they commit to people. Boynton has believed this from Day 1 on the job, and now it’s landed him the No. 1 pick in the 2021 NBA Draft … for the second time … in the middle of a pandemic … with the NCAA hanging over OSU’s head.