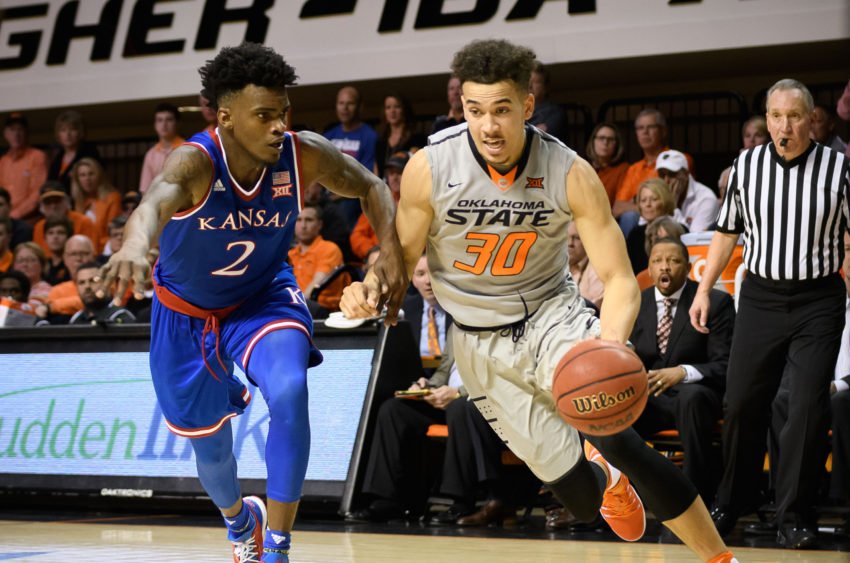 After two hard -ought losses to Iowa State and Kansas last week, Oklahoma State has unsurprisingly slipped a bit in the Bracketology predictions for ESPN, CBS Sports, and USA Today. The Cowboys remain the 19th ranked team in the nation, according to KenPom.

While there is certainly no shame losing to a pair of the best teams in the best conference, the Cowboys face stiff competition from the rest of the field, and their projections have them slightly lower than they were a week ago.

ESPN: 7-Seed in the Midwest

Joe Lunardi, after having the Cowboys projected as a 6-seed a week ago, has Oklahoma State as a 7-seed, playing Providence in Indianapolis in the Midwest Region. The Friars are the 53rd ranked team according to KenPom, with a 92nd-ranked offense and 36th-ranked defense. Joe Lunardi has the Louisville Cardinals as the 2-seed in the Midwest, who would be set to play the Cowboys in the second round in this projected bracket.

CBS Sports: 9-Seed in the East

Jerry Palm of CBS Sports has the Cowboys projected as a 9-seed in Buffalo in the East region, the same as last week. Palm projects the Cowboys to play Northwestern (21-10 in the Big 10), who is the 35th ranked team, per KenPom. The Northwestern Wildcats have been a surprise this year, with the 28th ranked defensive team in the country. In Palm’s projected bracket, Oklahoma State would be set to play 1-seed Villanova in the second round.

USA Today: 8-seed in the South

Shelby Mast has the Cowboys as a projected 8-seed in the South region, playing 9 seed Michigan in the first round in Greenville, North Carolina. Michigan (25th in KenPom) would appear to be the strongest team OSU would play in the first round according to these projected brackets, with a 20-11 record in the Big 10 and the 6th-ranked offense in the nation.

OSU would play No. 1-seed North Carolina in Greenville, NC, in a rematch of the 107-75 UNC blowout win in the Maui Invitational.

Oklahoma State still has time to improve their seeding further this week in the Big 12 Tournament in Kansas City. The five-seeded Cowboys will play four seed Iowa State on Thursday at 11:30 AM, a game that would give a nice boost to OSU’s resume. The winner would likely play Kansas on Friday night.