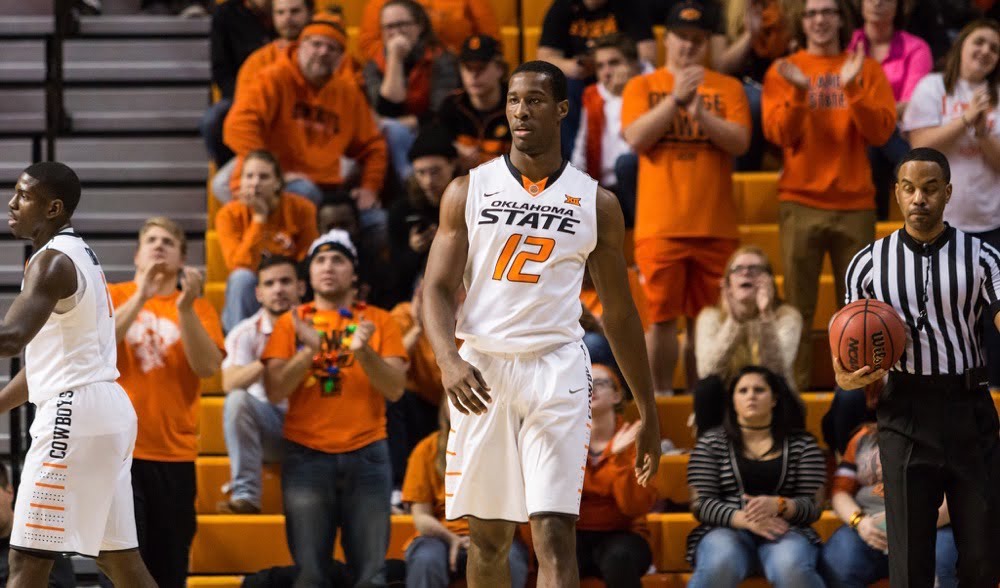 Brad Underwood and the Oklahoma State Cowboys won their fifth-straight Big 12 game at the “Octagon of Doom” in Manhattan on Wednesday night, 80-68. The Pokes, once 10-8 and 0-6 in the Big 12, now sit at an impressive 19-9 and 8-7 in the conference. They are now in fifth place in the Big 12, an incredible feat in and of itself.

This team is legit, folks. According to KenPom, Oklahoma State ranks No. 2 in the country in adjusted offensive efficiency, and 20th overall, which means they should hypothetically sit around a 5 or a 6 seed. What do the major national publications think about the Pokes now?

Joey Brackets (Joe Lunardi) is the most bullish on the Cowboys — he’s bumped the Cowboys up to the 6 line in his latest bracket, playing Marquette (11 seed) in Orlando. For reference, Marquette is ranked 31 in KenPom, and sits at 17-10 in the Big East.

They compare very favorably to the same Kansas State team (30th in KenPom, 17-11 in the much tougher Big 12) that Oklahoma State took it to last night in Manhattan. As a 6 seed, OSU would be set to play a 3 seed in the second round- in this projection, Florida in Orlando (number 5 in KenPom!).

On the flipside, Jerry Palm at CBS Sports still has the Pokes as just a 9 seed, playing 8-seeded Xavier in Greenville, North Carolina. What?

Xavier is ranked No. 38 in KenPom, and sits at 18-10 in the Big East. Sound pretty similar to Marquette? The difference is this — in this projected bracket, the Cowboys would get No. 1 seed North Carolina in their backyard, who already crushed the Cowboys in Maui, 107-75. This is a very different OSU team than the Tar Heels got in Hawaii, but an 8 or a 9 seed for the Pokes would lead to a very tough second round game against a top 10 team playing close to home.

USA Today has an interesting combination of the two above projections — Shelby Mast at USA Today has the Pokes as a 6 seed like ESPN, also playing Marquette, but playing in Greenville. In this projected bracket, OSU would have a second round date with 3-seeded Duke in their backyard in Greenville. North Carolina. Duke is ranked 13th in KenPom, and has come on strong late in the year.

Kyle P. touched on how high the Cowboys could potentially climb, which is probably about a 4 seed for the ceiling. The floor, if the Cowboys lose out to Texas Tech, Iowa State and Kansas, as well as the first round of the Big 12 tournament in Kansas City, is probably a 10 or 11 seed. It would be big for Oklahoma State to finish strong and grab at least a 6 seed, avoiding a 1 or 2 seed in the second round.

At the very least, Oklahoma State is peaking at the right time and is going to be dancing in Brad Underwood’s first year in Stillwater after winning just 3 conference games last year.

A team you don’t want to see in your bracket @OSUMBB. @OSUCoachBrad has done an incredible job. 0-6 to the NCAA TOURNAMENT. Coaching!