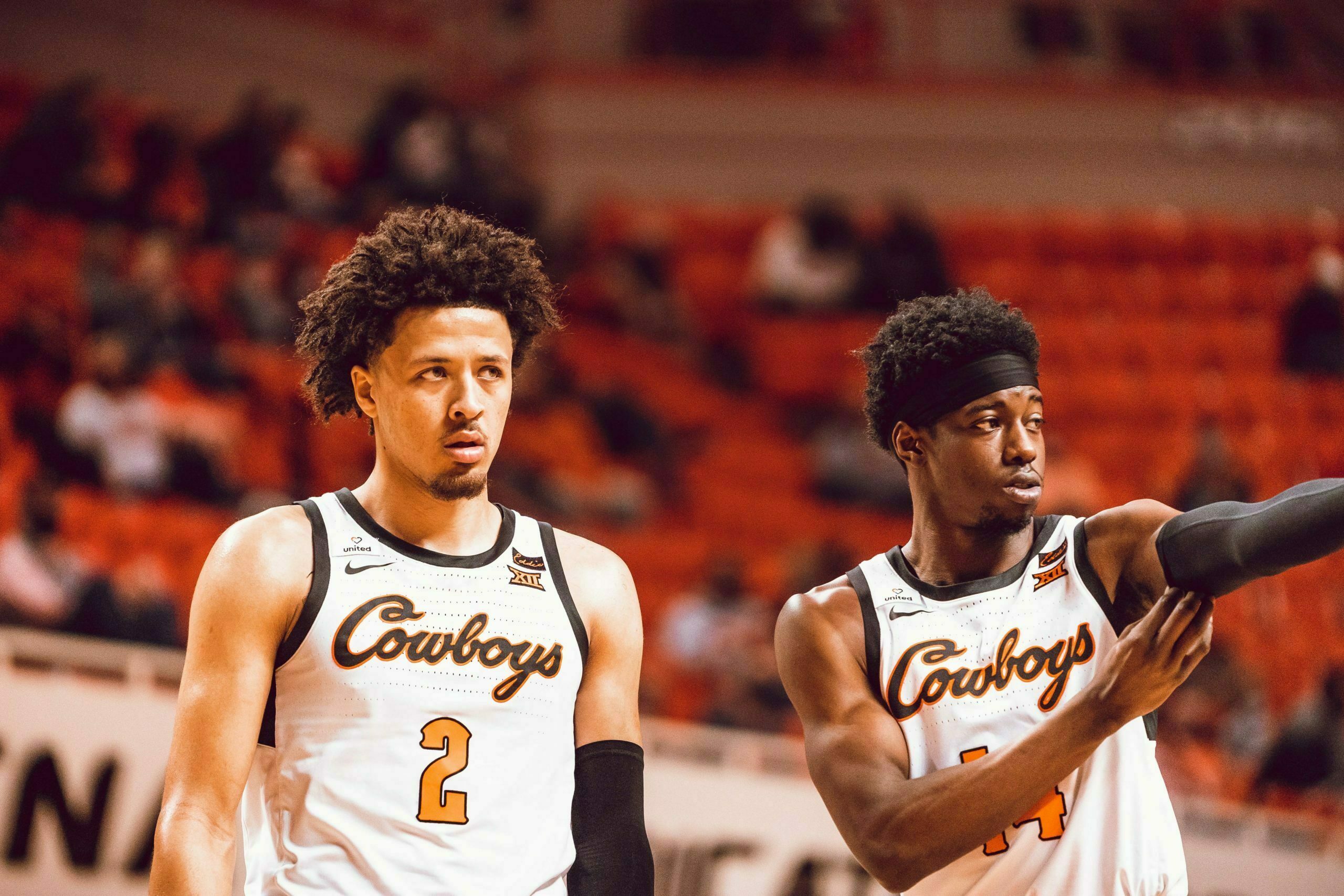 Oklahoma State fell out of the AP Poll on Monday and has traded in a win for a loss since its beating Arkansas in the Big 12/SEC Challenge at the end of January, but the Cowboys are still comfortably tracking to be among the field of 68 for March Madness.

Here’s an updated look at bracket projections from across the college hoops landscape, where OSU right now appears to be a single-digit seed in most brackets.

OSU isn’t quite a lock, but Joe Lunardi has the Pokes as an 8 seed right now. ESPN’s John Gasaway wrote Monday that OSU is among the teams from the Big 12 that “should be in.”

Technically, Oklahoma State is ineligible for the postseason. The Cowboys have appealed that ruling with the NCAA, however, and as long as the appeal is pending, OSU is permitted to play its way into the tournament. Which is exactly what the Cowboys are doing: Cade Cunningham is the Big 12’s leading scorer en route, one presumes, to being the No. 1 overall pick or close to it in the 2021 NBA draft. As a projected No. 7 seed, Mike Boynton’s team excels at forcing misses on defense and exhibits an extreme (if fast-paced) interior orientation on offense. Oklahoma State loves to get to the line. [ESPN]

ESPN’s bracket has OSU matched up in the same pod as No. 1 Gonzaga and paired in the first round with 9 seed Arkansas, which it has already beat this season.

A generous projection by CBS Sports’ Jerry Palm comparative to others out there. Palm seems to be high on the Big 12 overall, which makes sense because the NCAA selection committee appears to be, too. In its annual in-season Bracket Preview posted over the weekend, the committee deemed Baylor, OU, Texas Tech, Texas and West Virginia among the 16 teams with the best resumes right now. OSU as a result shouldn’t be far off from that.

The pairing for OSU isn’t too kind, though, as it is also in the top pod with No. 1 overall seed Gonzaga and facing No. 10 seed Western Kentucky. The Hilltoppers are 15-4 and have one of the most dynamic big men in the country in Charles Bassey, a potential first-round draft pick.

Bracketville’s projections rank No. 1 in The Bracket Project — the website that tracks recent projections and deems their accuracy/inaccuracy at projecting the field. They have the Pokes in the same region as No. 1 seed Ohio State and paired with a first round bout with 10 seed VCU.