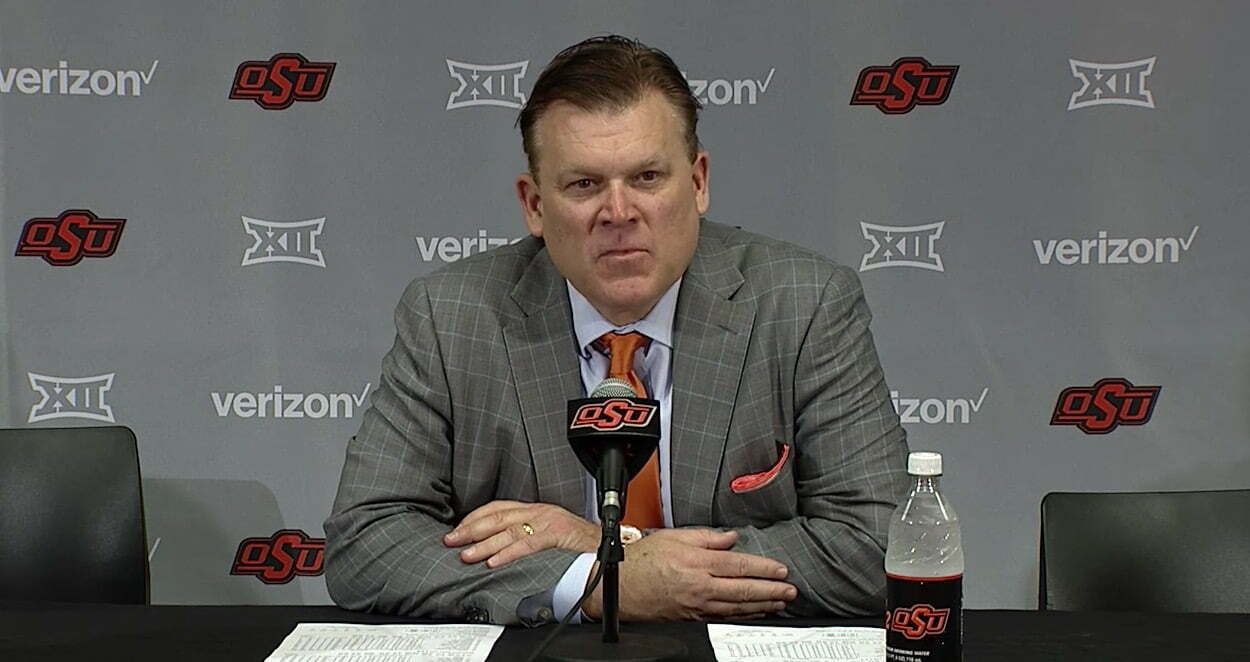 The Oklahoma State Cowboys kicked off the Brad Underwood era on Friday with a 102-65 romp over the Campbell Fightin’ Camels. The Cowboys showed a lot of positives in the opener.

There was defensive intensity (23 forced turnovers and a .321 FG percentage from Campbell), the first Jawun Evans masterpiece of the season (34 points, 6 boards, 3 assists, and 5 steals), 22 each from Jeff Carroll and Phil Forte, nine points from Lindy Waters off the bench, and 13 boards from true freshman Cameron ‘Crime Dog’ McGriff.

However, the offense looked incredibly stagnant for much of the game, far too often standing around and watching their superstar point guard create his own offense. Underwood wasn’t thrilled.

“I thought our effort was good,” said Underwood. “Shots didn’t go tonight, especially from three, but that’s all because we didn’t run any offense. We didn’t move the ball. I thought we played somewhat tentative and yet somewhat selfish.

“Having 15 assists and scoring 100 points is something that I can’t live with. That’s not what we’re about, and that’s not what I want us to be about. Once we got over that early turnover stretch, I thought we were okay, but we’ve got a lot of work to do on offense.”

Fifteen assists in a game you hit triple digits is actually pretty hard to do. The ball didn’t move like it needed to. OSU didn’t run its motion sets like it was supposed to. There was no post presence at all from Mitch Solomon or any one else, and the Cowboys shot just 30.8 percent from three.

But it’s the first game under a brand new coaching staff for this team, so an adjustment period is expected. They aren’t going to come out looking like a senior-laden, Coach K-coached Duke team on offense.

The Cowboys will be need to improve drastically offensively if they want to compete with the contenders in the Big 12, or even the competition they’ll face in Maui in a few weeks. But patience will be needed for this transition from the Ford era to Underwood’s, and we’ll have to wait and see just how quickly the pieces come together.

Next up is Central Arkansas on Monday night.