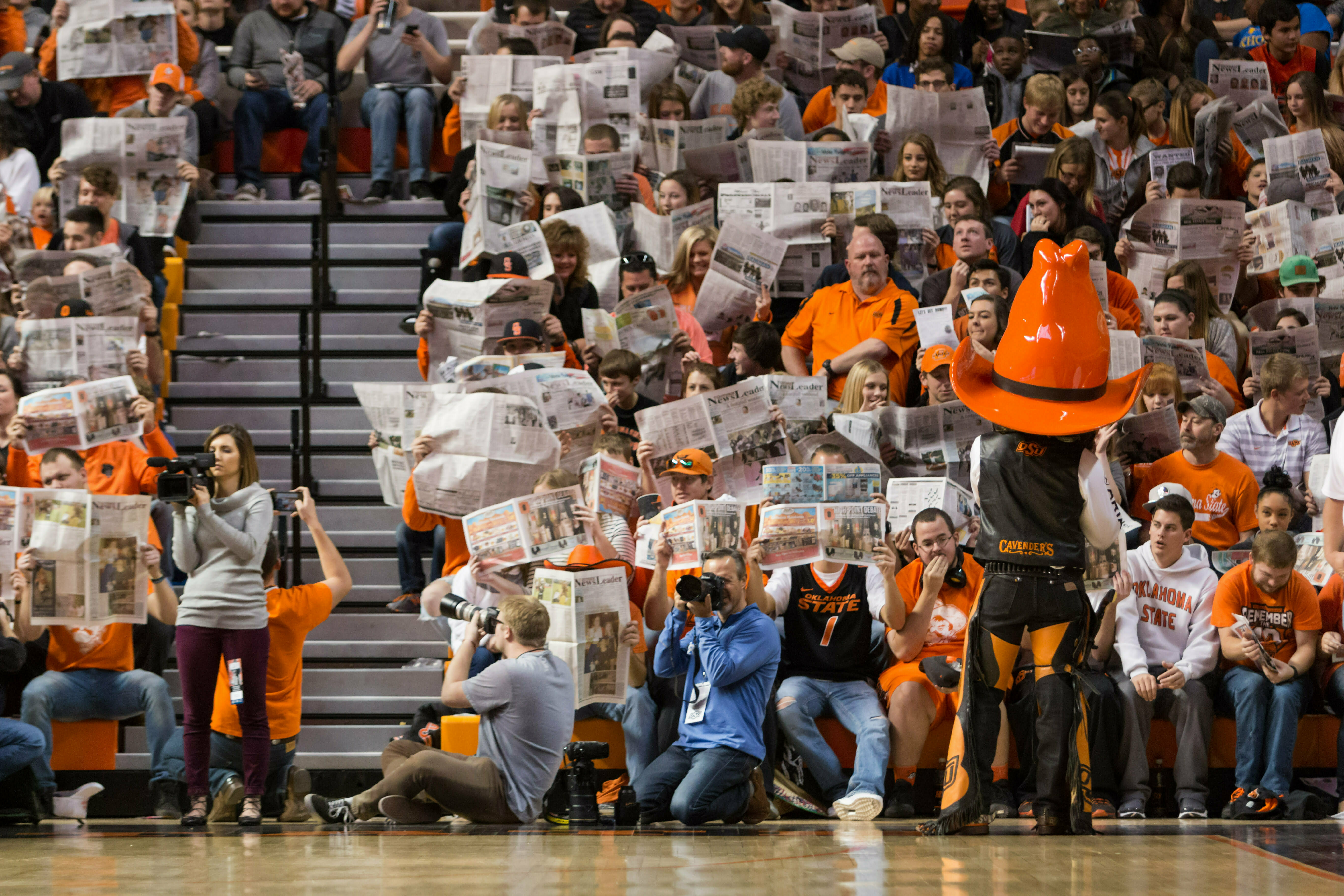 Gallagher-Iba Arena was sold out last week for the first time in nearly two years, and despite the loss, head coach Brad Underwood said it was one of the thrills of his coaching career.

“Seeing that was one of the most awesome feelings I’ve ever had as a head basketball coach,” said Underwood. “We can talk about NCAA Tournament wins and all that other stuff, but to walk out here and see that – I was antsy all day. I popped out of the locker room three times today to keep looking. Having the arena full – that’s what Oklahoma State basketball is all about.

“We didn’t win, but we’re going to win a lot of games in this building and we’re going to have a heck of a program. To do it without our students, a big thank you goes out to our athletic department and marketing people for what they did with the tickets and all of those people are to be commended.

“It was breathtaking for me, and almost emotional, because that is one of the main reasons why I came here.”

I love hearing stuff like that. And there is no reason for OSU fans not to continue to pour into the arena. Or if there is, it’s certainly not price point.

Let's keep the Rowdy going. Click below and enter the promo code "BEAT ISU" for 4 tickets for $20.

“This league is full of places like this and that’s not a knock on this place,” said Huggins. “It’s like this. If you get nervous playing in front of big crowds this is a bad league. Probably should go somewhere else.”

Senior Leyton Hammonds who scored 17 points is glad he did not go “somewhere else.”

I’m impressed that the masses showed up so soon after Underwood started winning. I thought it would take most of a full season. Maybe more. But there they were 12 games into his tenure. I hope everyone stays, too, because it’s going to be a long, successful run for Underwood.