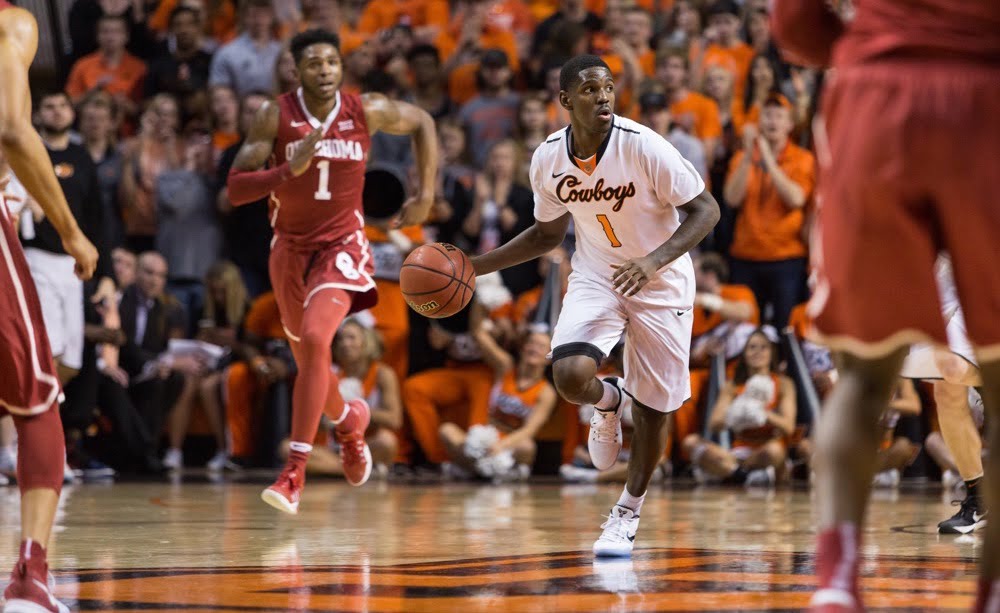 After a first half of the Big 12 slate rife with poor shooting, bunches of turnovers and six straight losses, Jawun Evans has emerged the same as he was going into this year: The best point guard in the Big 12.

In the Cowboys’ last eight wins Evans has averaged 18.3 points, 6.9 assists, 4.4 rebounds, 1.8 steals and just 2.4 turnovers per game. He has opened. He has closed. He has done everything but perform for the fans at halftime.

His lastest magic act was a 27-point door-slamming of rival Oklahoma on Saturday. Brad Underwood as asked about his superduperstar PG earlier this week.

“That’s sheer greatness, you don’t talk about that any other way,” said Underwood who has had a couple of studs at SFA and Kansas State. “You can watch all the great players that have played the game, and when the moment calls for it, they go make those plays. They don’t fear that. It’s full-throttle, and they have an ability to get to a place in their own mind where the game slows down.

“I think the game slows down for Jawun in those situations. That’s a very, very rare trait. That’s a God-given ability.”

.@OSUCoachBrad has coached some great point guards. Where does @j3vans1_ rank? “He’s the best.” Jawun has taken over the last 2 games. pic.twitter.com/vfkOLWfayC

Underwood isn’t the only one who sees it either. I talked to 2019 stud PG De’Vion Harmon earlier this week. He was at the OU game, and he called Evans “a pro” about five times. He’s not wrong. Evans’ comps according to KenPom got me a little giddy as well. Names you know. Names that will delight you. First let’s look at his 2016 comps.

“Jawun does it with great feel and savvy,” added Underwood. “His ability in the middle of the floor to get the ball to the rim is so special. He’s elite at seeing the floor open up and ball-screen coverages.”

When he was asked where this 6’1, 185-pound tornado of a student-athlete ranks among all the point guards he’s coached, Underwood did not hesitate.