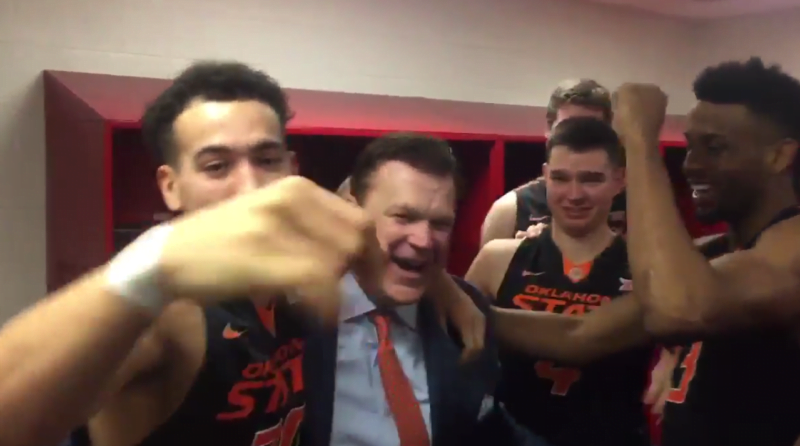 It was a fun scene in the locker room after Oklahoma State’s 83-64 win over Texas Tech in Lubbock. The Cowboys, now 11-8 (1-6) have a quick turnaround as they face TCU in Stillwater on Monday night. But they took time to congratulate and celebrate with their head coach on his 100th career win and first in Big 12 play.

When you find out it’s your coach’s 100th career win. #okstate pic.twitter.com/IZi1whqxy5

For the record, I’m going to say they already knew he was sitting at 99. Either way, it’s a nice reprieve from what must have been a frustrating couple of weeks. Hopefully there will be much more of this to come.