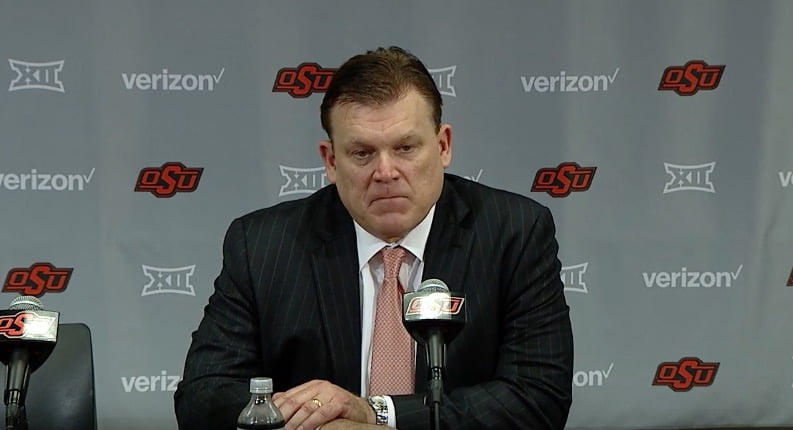 This … man … this is awesome. Brad Underwood paid his respects to Eddie Sutton after sweeping Bedlam for just the fifth time in the last 50 years for the Cowboys (Eddie did it three times). Sutton was shut out of the Hall of Fame again on Saturday — which is absurd — and Underwood addressed on Saturday.

Wow. So thankful to have had so many Cowboy greats in the crowd tonight! #LoyalAndTrue pic.twitter.com/CdzkKWxXSu

“You don’t do what he’s done at so many different places. He’s one of the reasons … you want to come to a place like this. You can’t re-create overnight what he did here. With Mr. Iba … it makes this a special place.”