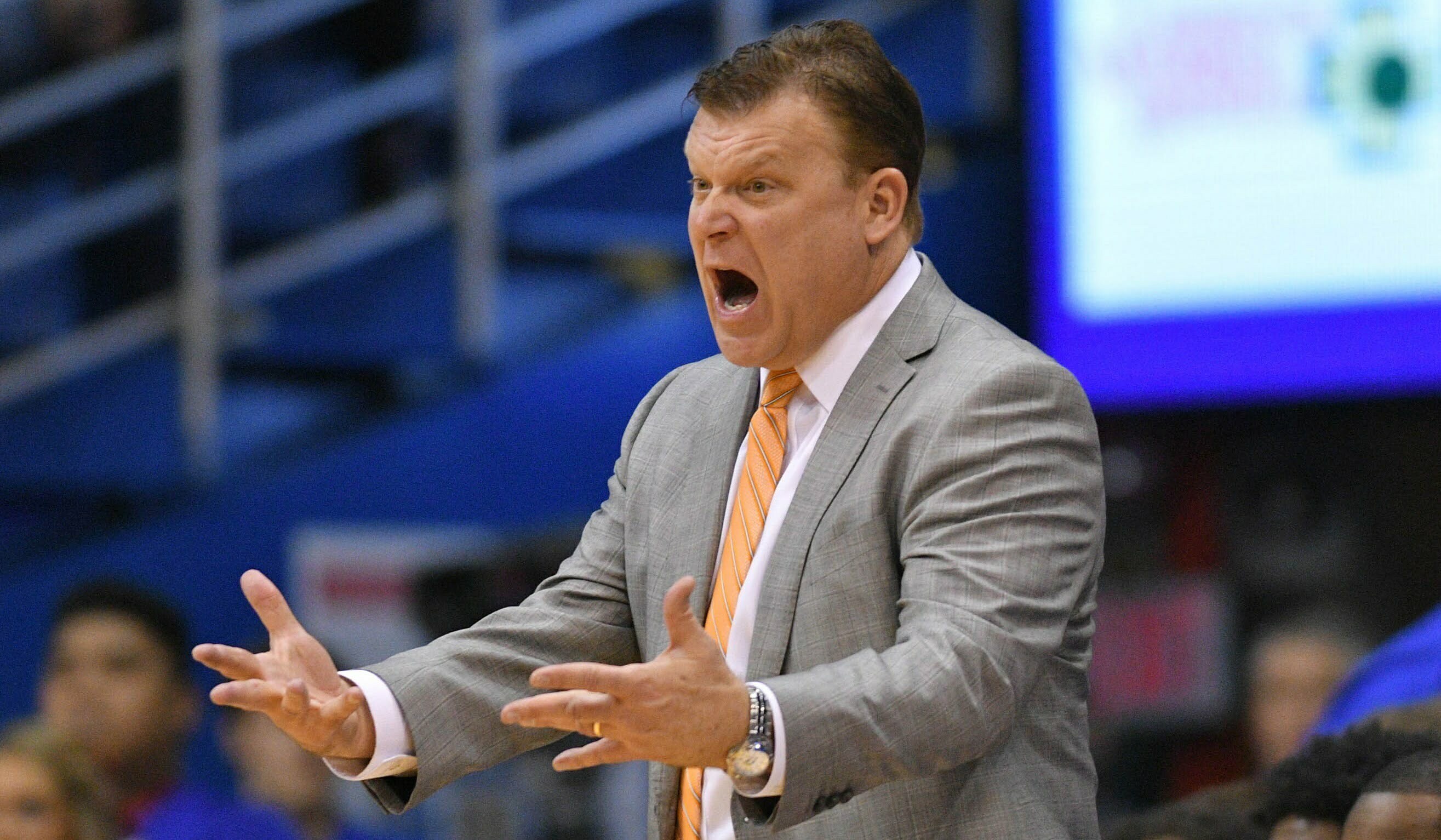 Brad Underwood displayed some of the passion that has come to define him throughout his four-season tenure as a head coach on Saturday in Allen Fieldhouse after Oklahoma State lost to Kansas 87-80. He spoke about how much he respects what Bill Self has built and how KU has given OSU something to aspire to.

“From an Oklahoma State standpoint, we got a little better today even though the outcome wasn’t in the left column,” said Underwood. “I am pleased because I liked our locker room at the end of the game. You have guys that sacrifice and commit and it hurts. I haven’t seen that every game. You have to pay a price to win.

“Kansas is the best; what Bill (Self) has done here is remarkable. Winning is hard and we’re trying to get there. Losing is not an option and it is never going to be acceptable. In Texas, I think we had guys more happy to get their boxed lunch and get on the bus. Not anymore. So there is improvement there.”

Underwood is referencing a lack of disliking losing in Austin last week.

“This is such a special state. You have three universities that produce top-level basketball. You have top community colleges and Division II basketball. This place is special. Kansas is always going to be home and I’m always going to be proud to be a part of this state and everything that transpires here. This is a special place. I’m an old-school guy, that’s why I’ve taken over at Oklahoma State. I’ve said this many times, but we have the same thing (at OSU). We have the tradition, we have the culture, maybe a little less, but it’s there and we’re going to get this thing going as well.”

Intense (but important) stuff from the head man. He went on to discuss Frank Mason III, Josh Jackson and the rest of the soon-to-be-ranked No. 1 Jayhawks.

“There is nothing you can throw at them that they have not seen,” said Underwood. “I’ve watched Frank for four years. With that bulldog mentality, he is getting that thing to the rim, he’s going to make that stop, he’s going to sit down and guard, he’s going to do whatever it takes for that team to win. There are not many people that have that.

“Josh’s stuff is legendary. He stood out at the AAU circuit and it’s probably a shame because of our culture today, but he stood out because he played hard. He’s talented, but he plays hard. He’s loaded up. We just wrote ‘dog’ next to his name because that’s what he is. I appreciate that. And Devonte’, I don’t know where he’s at with leadership, but he falls right along. There’s a ‘refuse to lose’ mentality that they have. We don’t have that yet. YET. YET. Put that in all caps. We’re going to get it at some point.”

I thought Underwood’s quotes were really intriguing and telling. He wants to be Kansas South when it comes to Big 12 hoops, and it’s clear he wants to emulate their culture and trajectory. It takes time, though, we all know that.

My pal Pokelahoma put it well on Saturday after the loss. He called Underwood “The Budget” because it might not be all that pretty right now, but you can tell he’s saving up today because he has a 5-year or 10-year plan. Patience, dear friends.

We’re going to get this thing going as well.