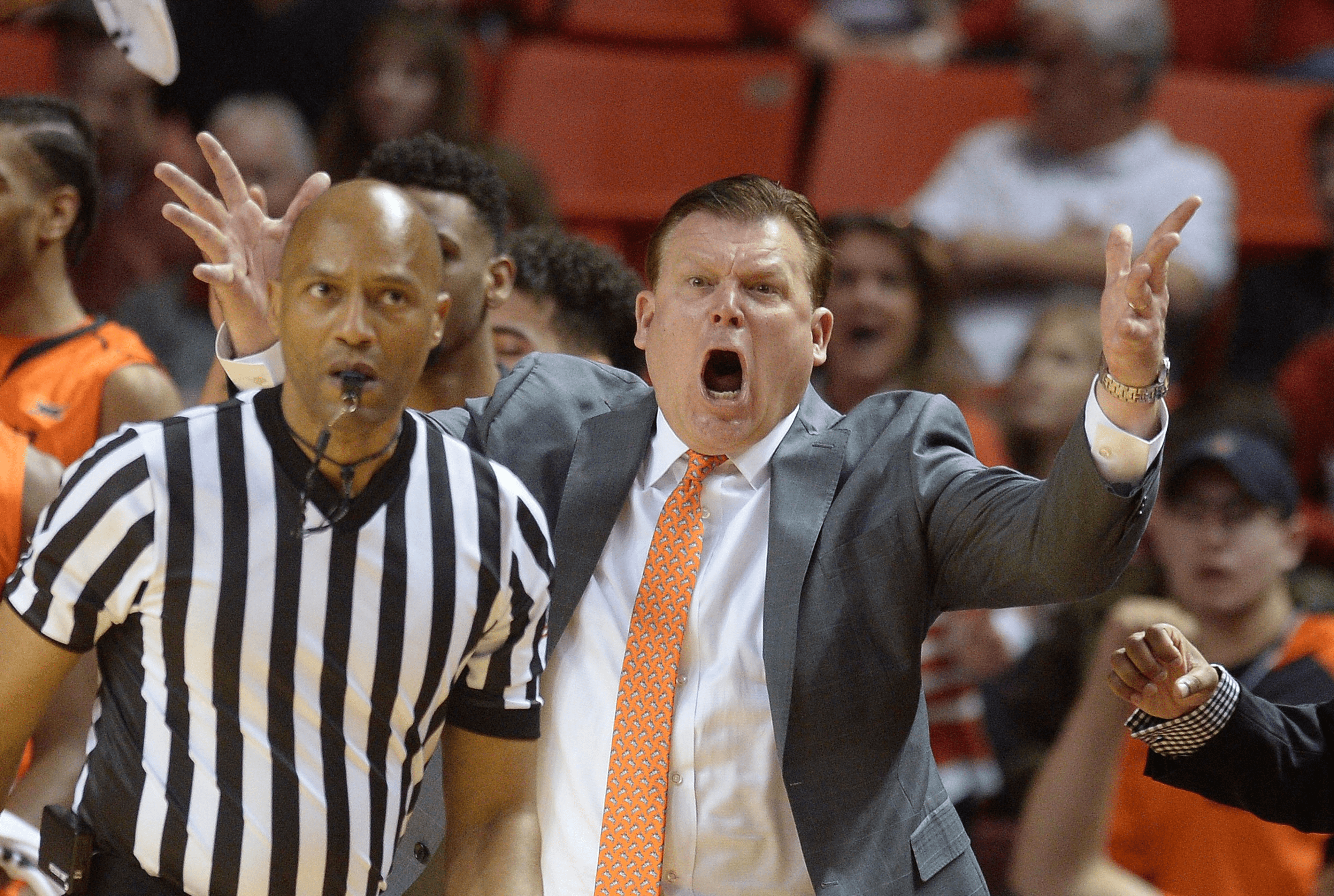 If there’s one thing we know about Brad Underwood, it’s that he knows his audience. Underwood has pretty successfully won over the Oklahoma State faithful with multiple reference to the hallowed grounds of Gallagher-Iba Arena and a no-BS attitude reminiscent of another former Oklahoma State men’s basketball coach.

On Monday, Underwood took his act to Norman as his Cowboys squeaked by the Sooners on a last-second 3-pointer from senior Phil Forte. With the win, Underwood now has one more W in Norman than Travis Ford during his entire tenure at Oklahoma State.

That’s not all, though. Underwood had a little fun with the OU student section at halftime and took a swipe at the, uh, tepid crowd on hand at Lloyd Noble Center afterwards.

Underwood to the #Sooners student section, "You need about 2,000 more fans with you. I feel sorry for you sitting all by yourselves."

For the record, I love this. And I would have loved it if Lon Kruger had done it in Stillwater last year. Have some swag, let it hang. This is Bedlam — it’s supposed to be fun and a little feisty.

Underwood wasn’t the only one to mention it either. ESPN broadcaster Fran Fraschilla, whose son played at OU, said on the telecast that OU is primarily a football school and not a place like Kansas or Iowa State where the fans will help you get back in the game. You have to give them a reason to cheer, he noted. On Monday, late, OU did not do that.