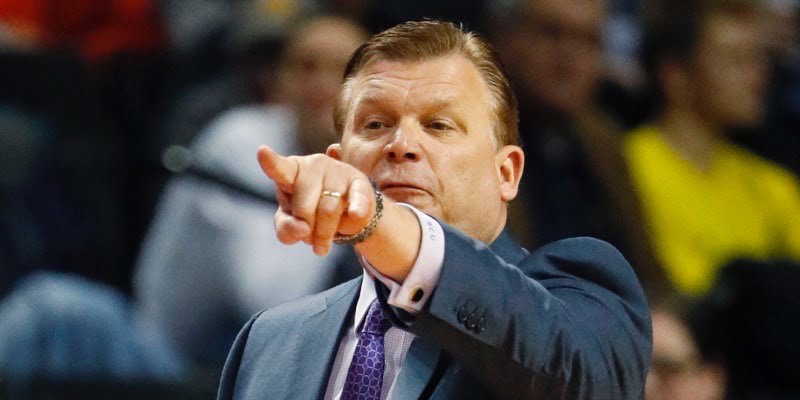 Embracing his first head coaching job in a Power Five conference, Brad Underwood is showing no signs of being intimidated stepping into the Big 12 from the Southland Conference. He has yet to coach a game for the Cowboys but make no mistake, he’s doing plenty of work behind the scenes in recruiting.

In regards to recruiting, Brad Underwood has shown he has a very firm strategy. He’s after players who aspire to be professionals, and he knows that high level players are the ones he will need to compete in the No. 1 conference in America according to the CBS Sports RPI.

“I think the thing that we [as a staff] understand is that we have to get guys who are dialed in as pros and have the ability to be pros. That’s what this league has,” Underwood told Sports Illustrated recently.

And throughout the greater part of the spring and summer, Underwood’s strategy has been just as he claims. Of the more than 30 prospects Underwood and his staff have offered for 2017, 2018, and 2019, the average player rating is 4.3 stars, according to ESPN rankings.

For Underwood, the roster he inherited as he prepares for his first season at OSU is one that is peppered with veteran leadership and experience. But he knows that recruiting and building relationships with prospects is a never-ending cycle. One that is essentially reset at his new destination, with higher expectations.

“We had a roster that was fairly set,” Underwood continued in his SI interview. “You know, it’s going to have minor changes but not many. There were some positives in that standpoint. But the recruiting aspect of it is something we are catching up with, but it’s been extremely well received. We’re on different kids than we were at SFA, so we’re trying to let them know what we’re about and what our program is about.”

Recruiting, for the most part, is a long and winding process. Most prospects, generally speaking, examine the landscape to see where other players land, which coaches they fit best with, what major a school has — the list is endless. It’s a process that Underwood knows and understands, having been a head coach since 2013. It takes time, patience, and most importantly strategy. And so far he’s setting the tone for how he expects things to be at his new destination in Oklahoma.