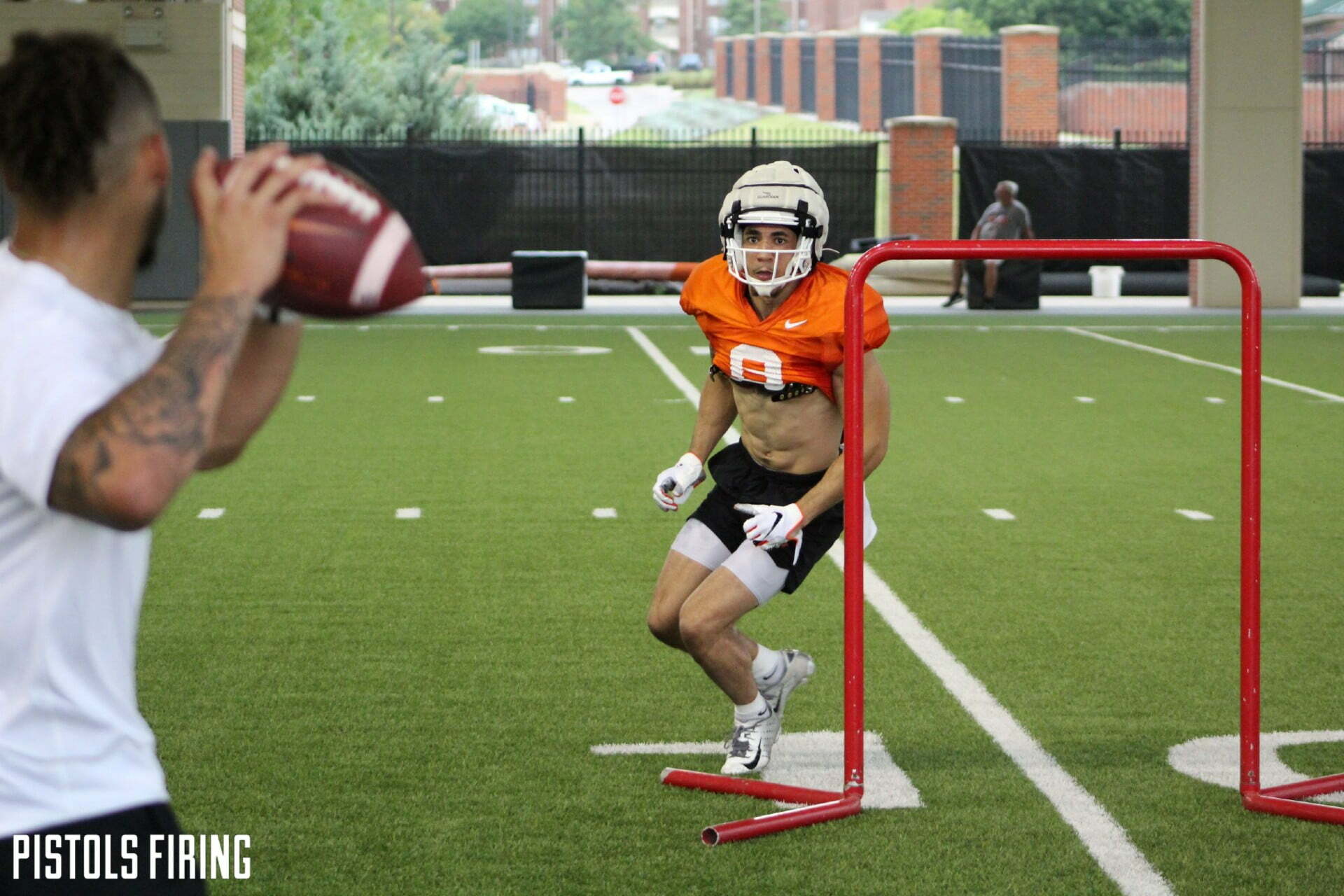 STILLWATER — Being a team player, Braydon Johnson has bounced around the Cowboys’ different receiver spots, but he enters 2021 back in the slot, a spot he said he felt could best utilize his blazing speed.

With Dillon Stoner and Landon Wolf locking down the slot for the past few years, Johnson has spent time on the outside, either opposite or in relief of Tylan Wallace. However, the Cowboys enter the 2021 season without Stoner, Wolf or Wallace, affording Johnson the chance to move back into a more natural position.

“It kind of happened over the summer,” Johnson said. “I had a conversation with my coach, and we just agreed. We felt like that would be the best position for me just matching up speed-wise with safeties and linebackers, just being able to take the top off.”

When the Cowboys use four-receiver sets this season, it’ll further strain defenses. They’ll have to cover two outside receivers with corners before figuring out how to defend Johnson and Brennan Presley on the inside of things. Linebackers will struggle keeping up with either, and safeties often won’t have the man-to-man coverage skills of a traditional corner.

Johnson’s career game, to this point, came in the Texas Bowl in 2019 when he caught five passes for 124 yards and a pair of scores, all career-highs. Statistically, he took a step back in 2020, having fewer yards, fewer yards per reception and fewer touchdowns, but his head coach has high hopes on Johnson, who is entering his redshirt senior season.

“He’s a slot receiver,” Gundy said. “We’ve had to bounce him around a little bit at times with injury, but that’s his strength. He’s extremely fast, we all know that, and he’s very shifty. And he’s got enough strength to where he can block inside on nickel backs and safeties and such. That’s his spot.

“We’re expecting him to have a good year. He’s in good shape, and he’s very focused at this time. So if he’ll just stay the course, he should have a good year. If he stays healthy, he’ll get a chance to play this game to the next level, all based on his work ethic from this point moving forward.”

It isn’t the first time Gundy has backed Johnson, either. In the spring ahead of the 2019 season, Gundy said he’d pick Johnson in a 40-yard dash against speedster running back Chuba Hubbard, though Gundy said if it went to 100 yards, he might take Hubbard.

Speed and quickness look to be a staple of OSU’s 2021 receivers with Presley and Tay Martin also on the quicker side. Johnson joked Tuesday that he would still say he is the fastest of the group.

“We’re full of speed,” Johnson said. “Since I’ve been here, this is probably the most speed we’ve had.”

With all of the turnover in the receiver room, receivers coach (and offensive coordinator) Kasey Dunn said Johnson has also stepped into more of a leadership role. On Tuesday, Johnson said he has to lead himself first to hold the rest of the room accountable.

After showing potential in 2019 before an unusual 2020 (for everybody), look out for Johnson to surprise some teams that have Martin and Presley at the top of their scouting reports.

“It’s more mental for me,” Johnson said. “Just being in the film room more, understanding the game more, so everything slows down. At first it was moving a lot faster, but now it just feels more slow and I can make better decisions.”