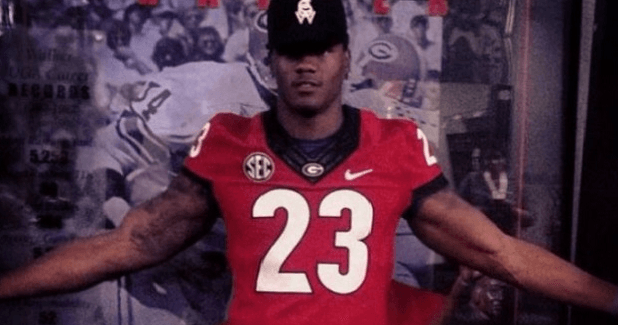 Chris Carson (via Saturdays Down South)

With less than three weeks until signing day, Gundy and Co. are still in search of a running back to fill a glaring need for next season.

With that said, there are some big time names expected to make a visit to Stillwater this weekend, including two top-ranked running backs.

Carson is a versatile back with elite speed who has experience after going through the junior college ranks at Butler County Community College.

Georgia secured a commitment in August, but the Cowboys have convinced him to take an official visit this weekend and potentially pair up with a former teammate.

Georgia’s backfield depth is unbelievably deep as they return former backs in freshmen Nick Chubb and Sony Michel, along with junior Keith Marshall who is expected to return from an injury sustained last season.

His highlight video is quite impressive, which displays his breakaway speed and equally important ability to protect the quarterback.

Allen is looking at major competition in the backfield at Louisville, with two top-10 junior college running backs enrolling in January, along with two other talented running backs committed to sign on Feb. 4.

Allen burst onto the scene his senior season after rushing for 1,650 yards and 15 touchdowns to go along with 89 receiving yards and 3 receiving touchdowns, according to Max Preps.

Allen’s highlight shows his shiftiness and ability to make defenders miss along with great hands as a receiver downfield.

Brown committed to Baylor last year before making the switch to the Longhorns last July. Brown was on an official visit last weekend when he decided that he wanted to consider other options.

He tweeted last week, “Decommitting from Texas, feel like it wasn’t the place for me.” At 6-foot-6 and 200 pounds, Brown was expected to grow into a spot at defensive end for Texas and could fit at the star linebacker or defensive end position for the Pokes.

Henry originally committed to LSU but announced in late September he was verbally pledging to Oklahoma State.

At 6-foot-2, 210 pounds, Henry is a very talented safety but admits he needs some development before the college level.

“I wanna get my speed right for college, and I think just be an all-around ball player, because you never can stop working to be better at something that you do — just all-around,” Henry told the Times-Picayune in July.