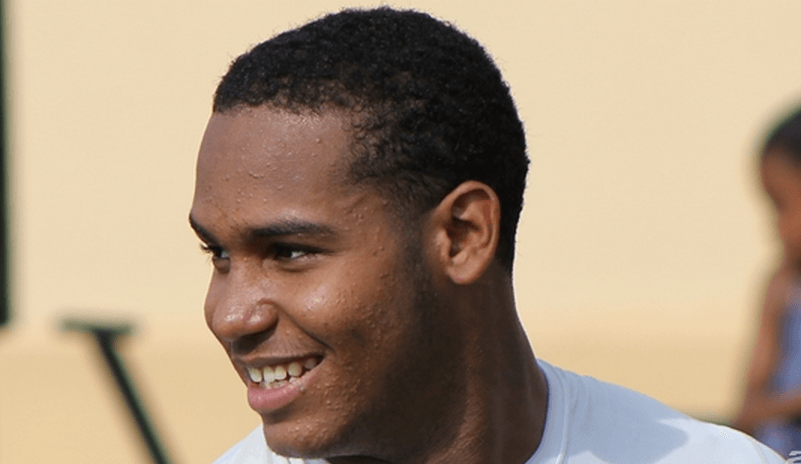 Can Nick Brosette help solve OSU’s running back problem? (Via 247)

After Ronald Jones decided to de-commit last month, the Cowboys have been left without a commitment at the running back position for the 2015 class and will graduate senior tailback Desmond Roland.

That means the RB depth chart for 2015 looks like this:

At this point in the recruiting cycle, most top prospects are already committed to a school. Such is the case with Larry Scott, who the Cowboys are making a late push for.

Scott is a four-star running back who is committed to Michigan State. Scott is the lone running back commit for Michigan State in the 2015 class and the highest rated prospect for the Spartans, which ranks No. 28 nationally according to 247sports.

Another high profile recruit the Cowboys are reaching out to is four-star running back Nick Brossette, a current LSU commit.

Brossette may be looking at other options, as he is expected to compete for playing time in a crowded backfield in Baton Rouge with Heisman hopeful Leonard Fournette and 2015 five-star running back Derrius Guice, who was named the MVP in the recent Army All-American Bowl.

As Robert Allen pointed out, Brossette was starting at University Lab as an eighth grader where he rushed for 1,024 yards and 22 touchdowns. Brossette doesn’t have an official visit planned to Stillwater as of yet, but don’t be surprised if he makes a late move and opts out of his current pledge to the Tigers.

Gundy has been in contact with Georgia running back commit Chris Carson recently and the Pokes extended a scholarship offer recently. Carson told Scout that Gundy plans to visit him after the dead period ends this week.

“The head coach from Oklahoma State is going to visit me,” Carson said. “Then I will decide where to visit. I’m thinking Louisville and Oklahoma State.”

It is worth noting that Carson is a former teammate of 2015 OSU offensive line signee Matt Kellerman. The two played together at Butler County Community College last season.

The Cowboys are also still actively recruiting running back prospects Chris Warren, Aca’Cedric Ware, and Corey Dauphine, who have all received offers. You can read more about that trio about that trio here.

It will be an interesting situation to follow over the next three weeks to see who the Cowboys pick up at a position of high need. Gundy noted earlier this week that he has a lot of confidence in OSU’s ability to find someone who will help.

“We have to pick up a running back in this class. We can’t talk about (specific prospects). We have everything we need,” Gundy said said. “We just need to get a running back, and we will.”

The appeal for immediate playing time as a freshman at running back is what many top recruits look for coming out of high school, and Gundy may be able to use that pitch to snatch a gem before signing day on Feb. 4.