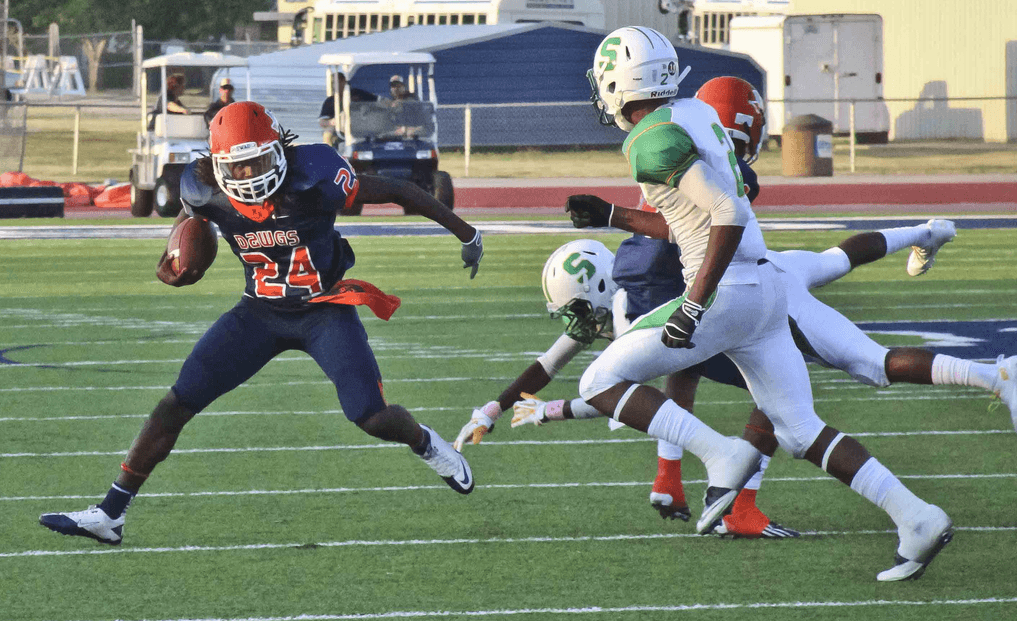 Ronald Jones is no longer committed to Oklahoma State (photo via townsquarebuzz.com)

The biggest (and saddest) news of the weekend came late last night when Under Armour All-American running back Ronald Jones tweeted out that he was de-commiting from OSU and opening up his recruitment process again.

To my OSU fam, I'd like to thank you all for supporting and believing in me. However, I have decided to open up my recruitment

Jones has taken official visits to both USC and Notre Dame the past two weekends, and the experience he had may have played a part in his decision.

It has been rumored for awhile that he may not be 100 percent committed to OSU, as he also visited both Texas A&M and Baylor on unofficial visits during the fall.

It doesn’t appear the Cowboys are completely out of the running for Jones, but a de-commitment this late in the recruiting process isn’t a good sign for the Cowboys.[1. Ed. note: At least we have Tyreek Hill and Devon Thomas in the fold in case Jones really doesn’t sign…oh.]

The Cowboys also added another member to what is becoming a deep offensive line class on Sunday, as Matt Kellerman from Butler Community College in Kansas decided to verbally pledge to the Cowboys.

Brandon Pertile, another Junior College lineman currently committed to OSU, made a visit to the University of Florida this weekend.

The 2015 class now has six offensive line commitments considering Vaimoe Sekona was recruited to the offensive side of the ball, and Pertile appears to be re-evaluating his decision given the amount of competition that will be coming in next year.

Pertile wll announce his decision between the Cowboys and Gators on Wednesday, and it appears the Gators are in position to steal one away after making a strong impression in Gainesville this weekend.

The last bit of news is that four-star defensive back Kenneth McGruder decided to rejoin the fold and commit to OSU after deciding to open his options back up a month ago.

It appeared that Nebraska was the clear favorite to land McGruder’s services, but a change in landscape with Bo Pelini’s firing seems to have ran McGruder back to the orange and black. Gundy and Co. now have four safety commitments in the 2015 class and appear to be set at the safety position.

Now that the regular season is over, Gundy and Co. will be busy on the recruiting trail in efforts to put the final touches on the 2015 recruiting class, which will officially conclude on February 4, 2015.