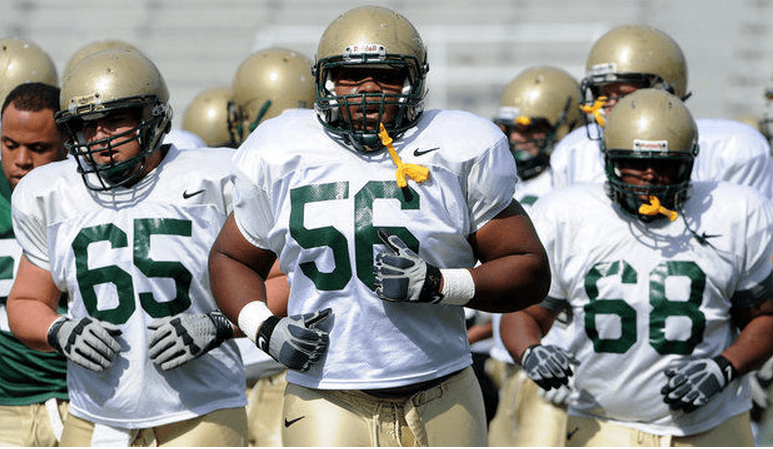 Offensive tackle Victor Salako has committed to Oklahoma State after making a visit this past week. Salako is a former UAB Blazer football player from Huntsville, Alabama. Salako is a 6-foot-6, 315 offensive lineman.

The UAB Blazers ran a version of the hurry-up, no huddle offense. UAB ranked No. 43 in total offense, and No. 33 in the nation in rushing offense this season.

Salako played every game as a redshirt freshman and started in all but one contest. He was also a member of the Conference USA Commissioner’s Honor Roll.

Salako becomes the 16th member to join the 2015 recruiting class, and the fifth offensive lineman. Salako will likely make an instant impact for the Pokes who have struggled with depth on the offensive line and could push for a starting position next season.