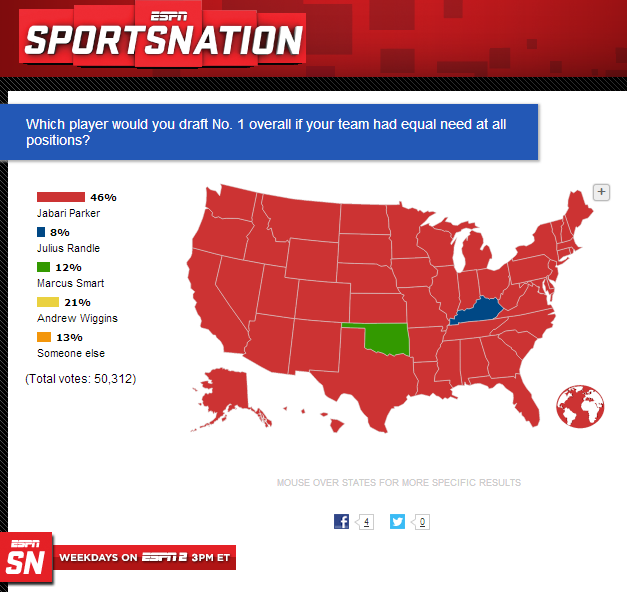 How about Kansas not showing up for Wiggins?!

If I had the No. 1 pick I would at least consider Smart. I know his upside isn’t as high as the other guys so he probably won’t go No. 1 but I think he’s probably better than most of them right now. I also like Randle quite a bit. He’s a man.