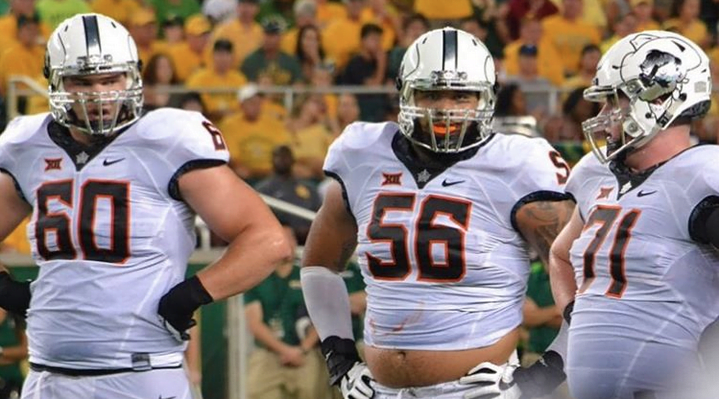 Mike Gundy announced on Monday that Cole Walterscheid will play in Bedlam on Saturday after being arrested for public intoxication after the TCU game after he took a Jimmy John’s car sign.

Gundy: I handled (Cole Walterscheid) internally but he will play. #okstate

Related: It does not sound like last week would have been a fun week to be Cole Walterscheid.

Walterscheid has 20 tackles, 5.5 tackles for loss and two sacks on the season.

Gundy also announced Oklahoma State starting right guard Larry Williams is returning from his foot injury for Bedlam. Williams has been sidelined the past six weeks with an injury suffered early in the season.

“Larry’s full speed,” Gundy said in his Monday press conference. “Mike Wilson will play. But Larry is full speed and practicing and he’ll be there. He’s back and feeling pretty good at this time.”

Also of note, Jordan Burton and Chad Whitener are back at close to full health and will play on Saturday according to Gundy.

Williams, a former JUCO all-american, is in his first year at OSU, and took over the starting job at right guard. After emerging as one of the best lineman to help solidify the core of the group, he suffered a freak injury during what Gundy labeled a “shorts practice.”

Now, Oklahoma State returns one of their most physical offensive lineman for the Big 12 championship game in Norman. His mindset: Big 12 title. His latest Instagram post said, “When you’re at your lowest, look within. Big 12 champs coming soon.”

Here’s a look at the full depth chart for Saturday.