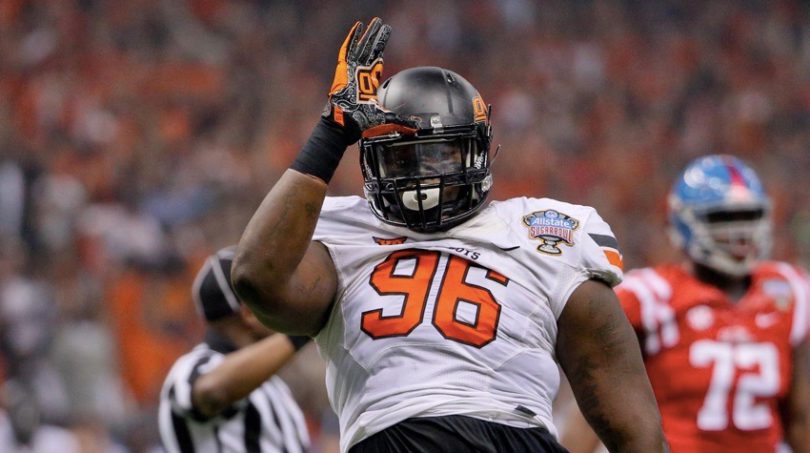 One day after being named the Alamo Bowl Defensive MVP, junior defensive tackle Vincent Taylor announced his intentions to declare for the 2017 NFL Draft via his Twitter account.

This one shouldn’t be a huge shock, but there was definitely a decision to make. From a strictly business point of view, Taylor had less to gain from a return than fellow juniors Mason Rudolph and James Washington.

His game speaks for itself. He’s been a disruptive force up front for the last two years and has a chance to be successful at the next level.

Taylor’s 7.0 sacks and 13.0 tackles for loss this season are the most by an interior d-lineman during Gundy’s tenure.

As far as the Cowboys are concerned, this does leave the interior of the defensive line fairly young but still with plenty of talent. DeQuinton Osborne will be a red-shirt senior, as will be Vili Leveni and Ben Hughes. This could open up a starting spot for sophomore Darrion Daniols who has gotten quality reps since arriving in Stillwater. Cameron Murray and Taaj Bakari should also compete for snaps in the young, yet promising defensive line group that helped anchor the 2016 team.