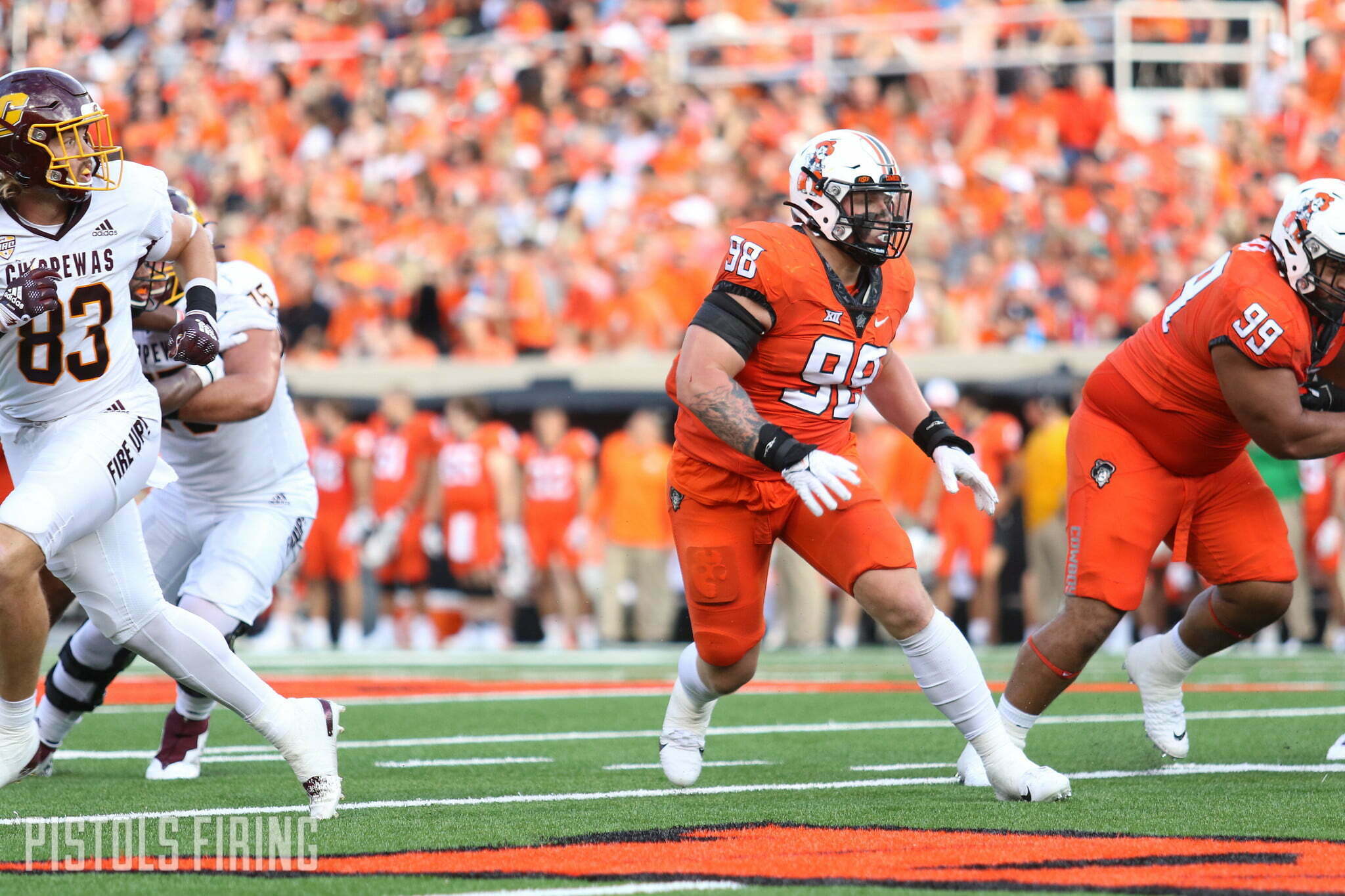 The Cowboys are prepping for a homecoming tilt with major Big 12 title implications, but they’ll be a little thinner in the center of their defense Saturday.

Oklahoma State defensive tackle Brendon Evers tweeted Thursday that he will miss the remainder of the 2022 season as he sets his sights to the NFL Draft. Evers started in four of OSU’s games this season, missing the Cowboys’ Week 3 matchup with Arkansas-Pine Bluff with injury.

Evers, who has been banged up this season and throughout his career, has played 194 defensive snaps in 2022, according to PFF, which ranks fifth-most among Cowboy defensive linemen.

A super senior from Bixby, Evers started all 14 games of the Cowboys’ Fiesta Bowl-winning 2021 season and made starts as a junior (2020) and sophomore (2019). He finishes his college career with 45 total tackles, 7.5 tackles for loss and four sacks. This season he had three total tackles and 0.5 tackles for loss.

Evers came to Stillwater as a three-star prospect in the 2017 class, picking the Pokes over offers from Wyoming, Arkansas State and Ohio.

With Evers out, expect a heavier dose of Tyler Lacy on the inside of OSU’s defensive front alongside Sione Asi. Snaps counts for Samuela Tuihalamaka, Collin Clay, Xavier Ross and Aden Kelley could also increase.